China is expected to drive the global propylene industry growth from planned and announced plants between 2019 and 2030, contributing around 33% of the total propylene capacity additions, according to GlobalData, a leading data and analytics company.

The company’s report, ‘Global Propylene Capacity and Capital Expenditure Outlook, 2019 – China and India to Lead Globally in Terms of Propylene Capacity Additions’ reveals that around 129 planned and announced plants are scheduled to come online, predominantly in Asia and the Middle East over the next 11 years.

Dayanand Kharade, Oil and Gas Analyst at GlobalData, comments: “China will dominate the global propylene market in the mid-term with both the biggest number of new projects and the largest absolute capacity expansion driven by economic growth. The country is forecast to account for one-third of the global capacity addition during the outlook period.” 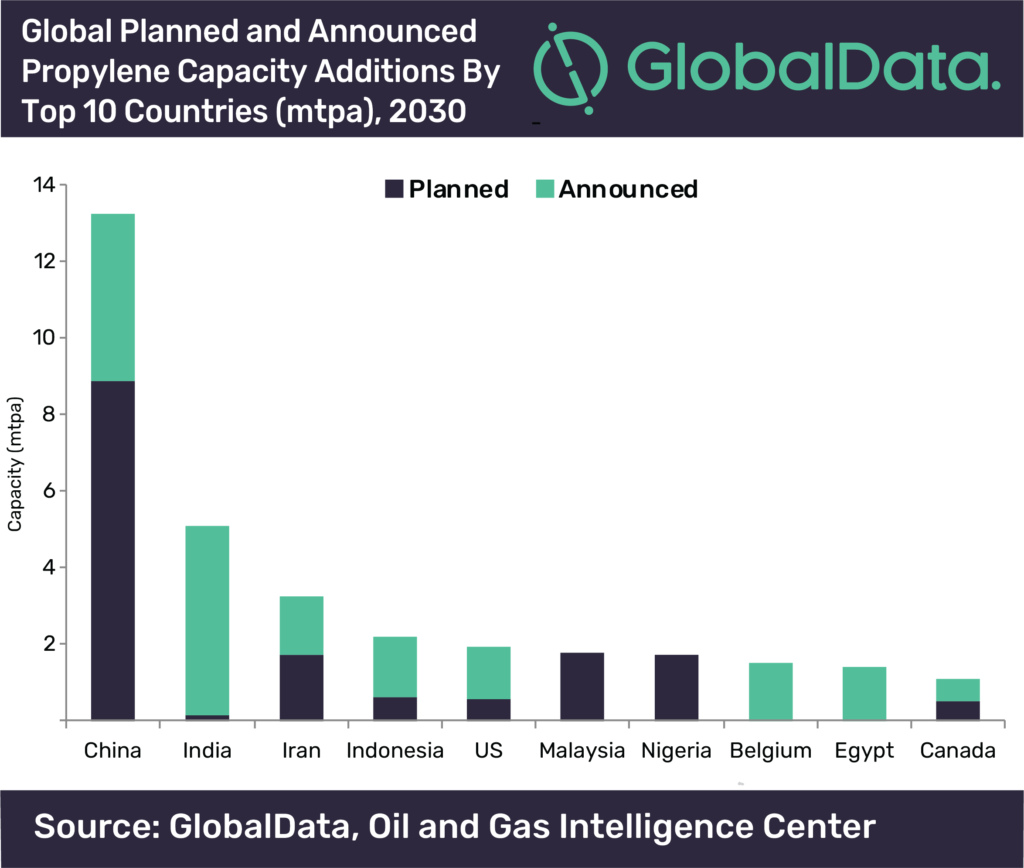 
GlobalData identifies India as the second highest country in terms of capacity additions. The country is set to add 5.09 mtpa of planned and announced propylene capacity from new-build and expansion plants by 2030. Among these, 0.13 mtpa is about to come from planned plants and 4.96 mtpa from announced plants.

Among the companies, Formosa Plastics Group, Dangote Industries Ltd and Haldia Petrochemicals Ltd are expected to lead globally with the highest propylene capacity additions of 1.85 mtpa, 1.70 mtpa and 1.52 mtpa, respectively in 2030.