China is expected to lead the global ethylene industry capacity growth from planned and announced projects between 2019 and 2030, with 26% share, according to GlobalData, a leading data and analytics company.

The company’s report ‘H2 2019 Global Ethylene Capacity and Capital Expenditure Outlook – China Leads Globally in Terms of Planned and Announced Ethylene Capacity Additions’ reveals that the total ethylene capacity of planned and announced projects in China is expected to add 27.24 million tonnes per annum (mtpa) by 2030. Of this capacity addition, 20.44 mtpa will come from planned projects and the remaining 6.80 mtpa will come from announced projects.

Dayanand Kharade, Oil and Gas Analyst at GlobalData, explains: “China will dominate the global ethylene market, as the country is coming up with the biggest number of new projects and largest absolute capacity expansion driven by its economic growth. The country is set to build around 38 ethylene projects in the upcoming years.” 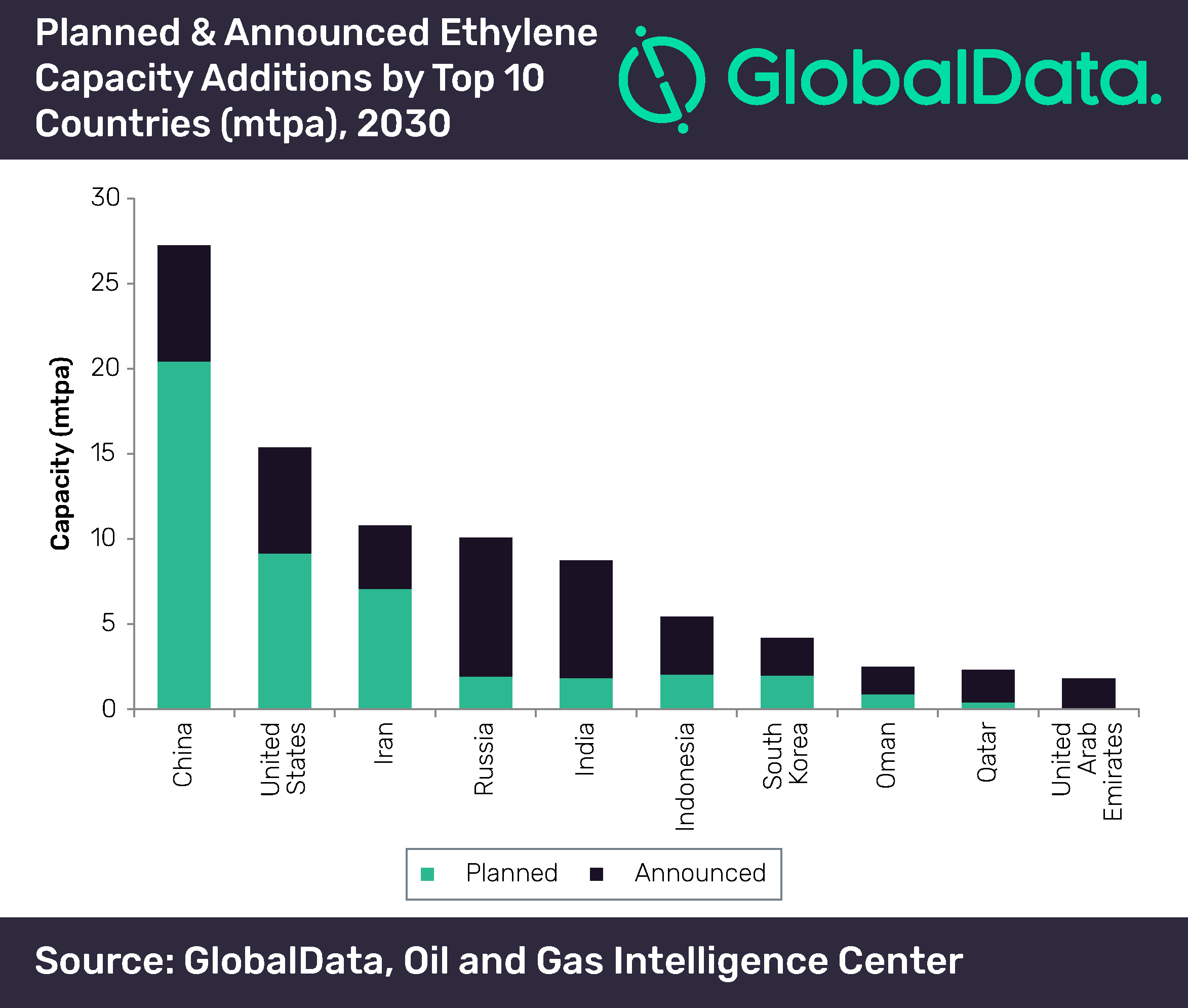