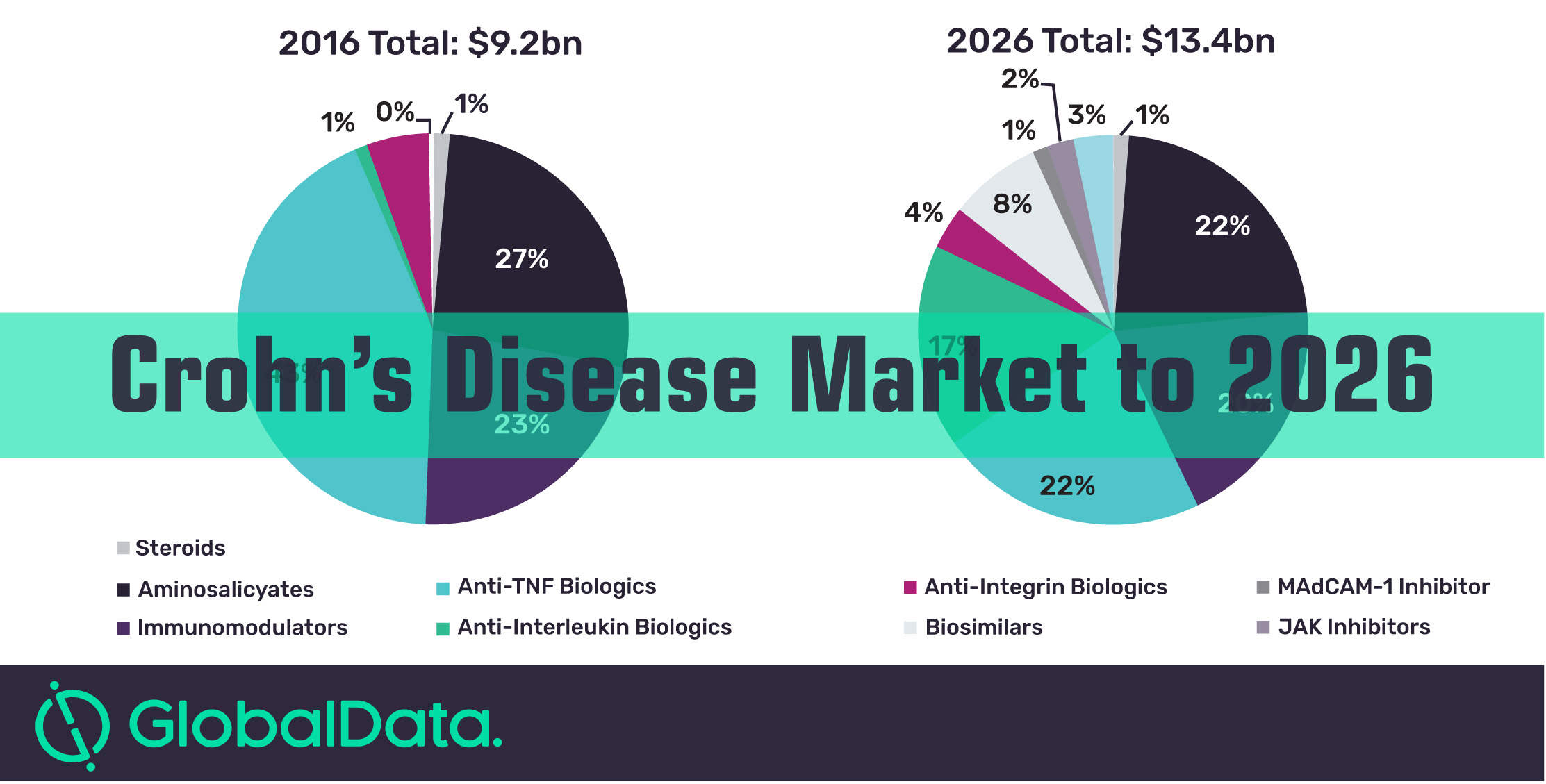 The global Crohn’s disease (CD) market valued at $9.2 billion in 2016 is set to reach $13.4 billion by 2026, a Compound Annual Growth Rate (CAGR) of 3.8%, across the * 7MM according to GlobalData, a recognized leader in providing business information and analytics. 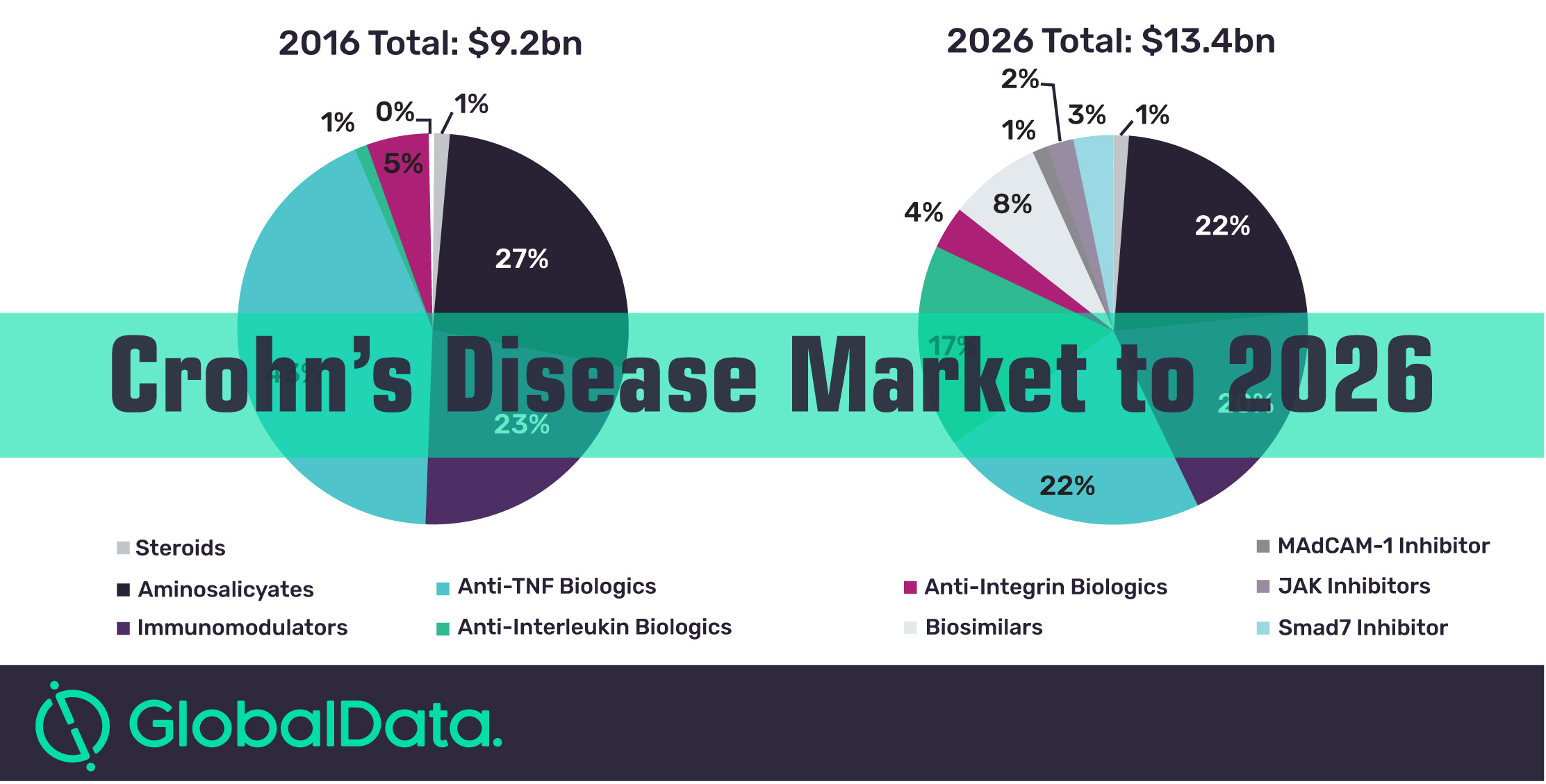 Crohn’s disease (CD) is a form of inflammatory bowel disease (IBD), which is comprised of two chronic autoimmune diseases that cause intestinal inflammation: Crohn’s disease (CD) and ulcerative colitis (UC). The pathophysiology of CD is complex, as the disease is characterized by recurring flares that evolve along with periods of inactivity and remission.

Alexandra Annis, Senior Analyst at GlobalData, commented: ‘Despite the availability of medical treatment for Crohn’s disease, there are still high levels of unmet clinical need in a number of areas, especially relating to the efficacy and safety of maintenance therapies. In addition we believe that biomarkers used to monitor disease, medical management of perianal fistulas, and patient adherence to maintenance therapy are significant unmet needs in the Crohn’s disease space.’

Despite anti-TNF agents being entrenched in the treatment of Crohn’s disease, the loss of clinical response to these agents is a substantial clinical problem.

Annis continued: ‘The exact reasons for this loss are unclear, but it has been attributed to disease complications, alterations in the metabolism of the drug, concomitant medications, and the formation of anti-drug antibodies. Currently, switching patients to other anti-TNF agents is the most commonly applied strategy for patients who lose their response.’

Perianal fistulas are a disabling complication of Crohn’s disease and are associated with a significantly reduced quality of life. Current medical treatment options remain unsatisfactory, with antibiotics and immunomodulators used initially, but with limited success, and as such, biologics are becoming the mainstay of medical management for perianal fistulas.

Annis added: ‘Among the biologics, only the anti-TNFs have demonstrated significant efficacy in the management of perianal fistulas. Effective medical treatment is still lacking, and surgery is often inevitable. More effective medical treatments are needed to prevent the need for surgery and there remains a significant unmet need amongst the existing late-stage pipeline drugs. As such, there remains an opportunity within the Crohn’s disease patient population to target this difficult-to-treat patient segment.’