Venture capital (VC) funding and mergers and acquisitions (M&A) activity in the artificial intelligence (AI) space showcased a fluctuating trend during 2016-2020. However, despite the fluctuation in deal activity, there is a significant growth in 2020’s deal volume and value compared with 2016, according to GlobalData, a leading and data analytics company.

VC funding deal volume in the AI space showed consistent growth from 2016-2019 until 2020 when the COVID-19 pandemic reversed the trend and deal volume shrank by 7.1%. However, funding value managed to maintain the growth trajectory.

Aurojyoti Bose, Lead Analyst at GlobalData, comments: “Despite the fluctuating trend, investors’ interest and deal-making sentiments for AI grew significantly in the past few years. With global organizations replacing their conventional operations with disruptive technologies such as AI, the space managed to gain a significant investment boost.” 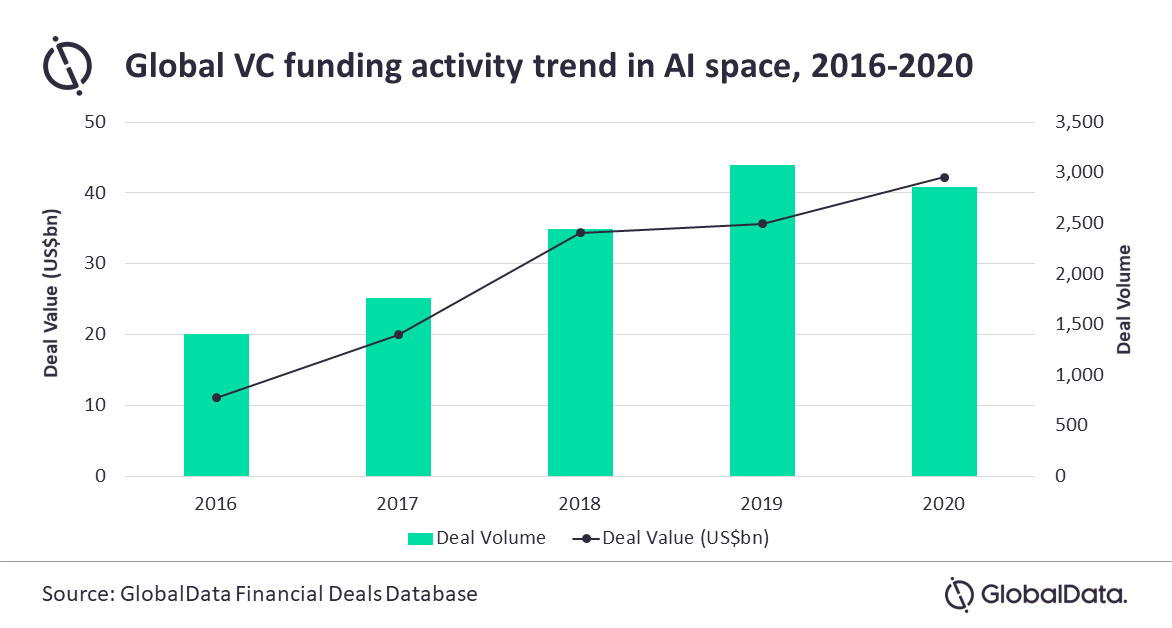 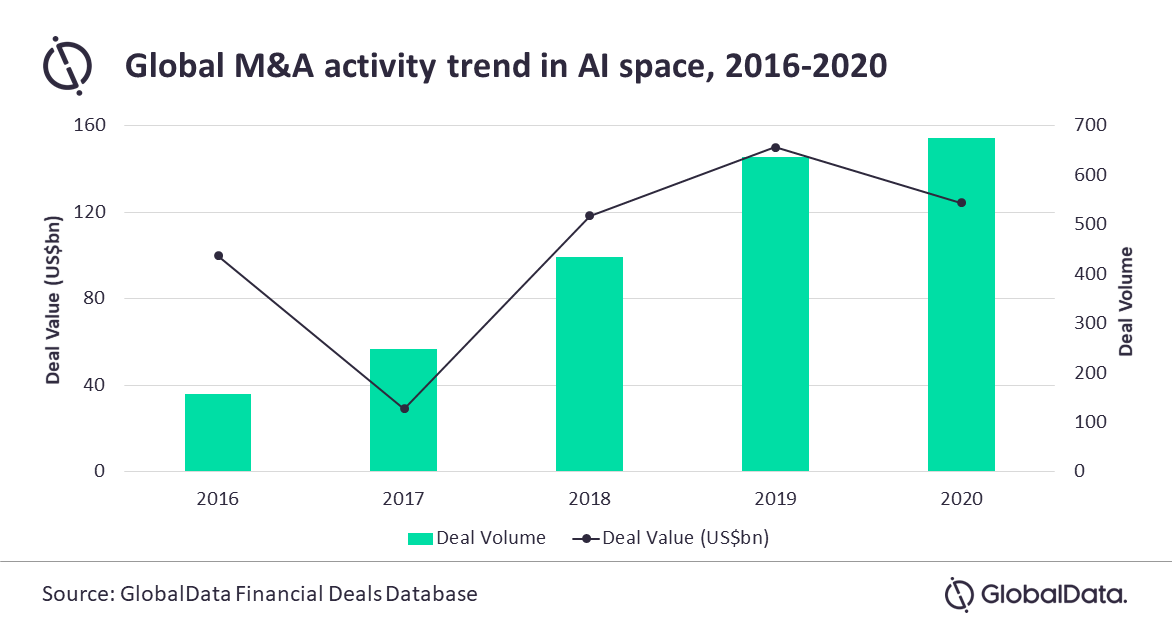 Bose adds: “Though COVID-19 did not deter M&A activity in the AI space from taking place and deal volume increased in 2020 compared to 2019, distressed valuation of assets appears to have lowered the deal value.”