Moscow expects to reinforce its position as Europe’s largest natural gas supplier with Russia’s construction of two new pipelines. However, some Eastern European countries are concerned by this and have introduced policies aimed at promoting the development of domestic gas resources, but these policies appear to fall short of the targets, says GlobalData, a leading data and analytics company.

Over the past ten years the European Union (EU) has increased its gas imports, which now account for more than 74% of its gas consumption. Russia, Norway, and Algeria are the most important gas exporters to the EU. Russia, which wants to maintain, if not to reinforce, its position as Europe’s first gas supplier, is currently finalizing the construction of two pipelines: Nord Stream 2, offshore the North Sea from Russia to Germany, and TurkStream, offshore the Black Sea from Russia to Turkey.

Alessandro Bacci, Oil and Gas Analyst at GlobalData, comments: “While the EU natural gas domestic production is decreasing, and as a result of this the EU is importing more gas, the EU has also improved its energy security via the construction of additional LNG regasification and storage facilities, the introduction of pipeline reverse flows, the elimination of restrictive destination clauses, and the approval of new energy infrastructure.” 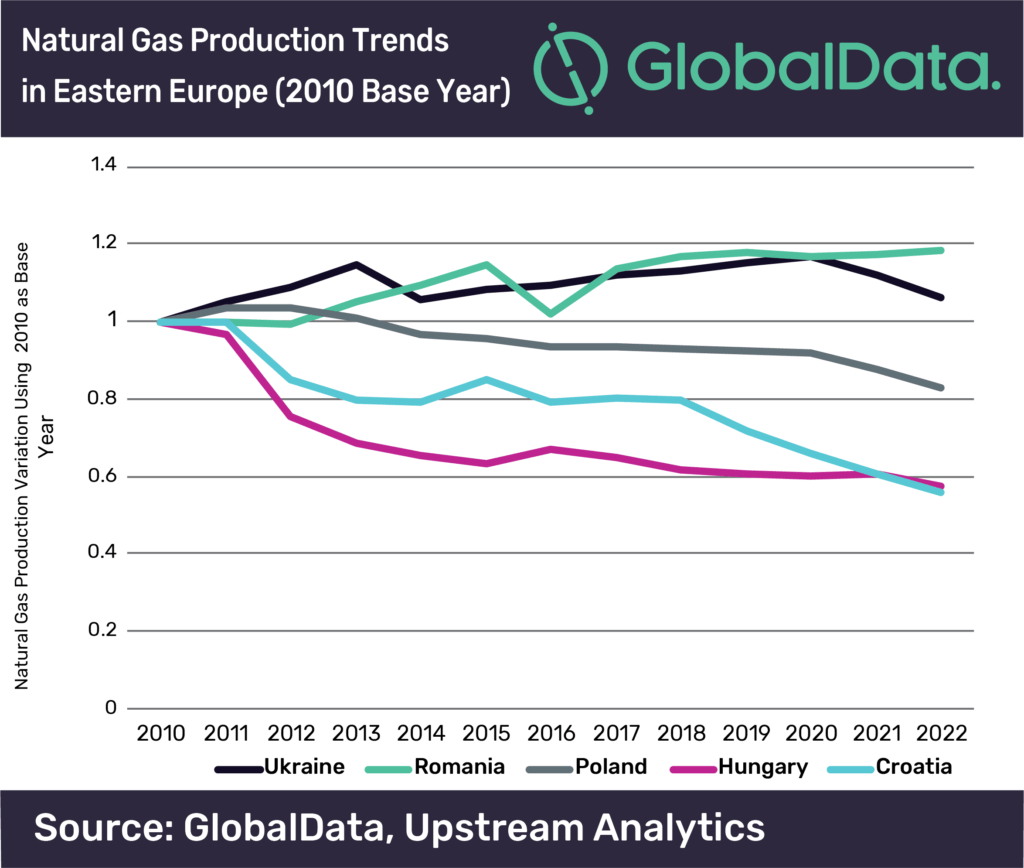 According to GlobalData, as Eastern European countries have limited access to a diversified portfolio of natural gas suppliers, some of these countries are trying to attract investments via new licensing rounds. Poland, Croatia, Ukraine, and Hungary are all offering new acreage. Moreover, in the last years, some of the Eastern European countries have also changed their petroleum fiscal frameworks.

Bacci adds: “Despite their attempts, Eastern European countries will obtain limited success at increasing domestic gas production as a consequence of both economic and political difficulties. The licensing rounds may expand the number of licensees working in Eastern Europe, but production will still come primarily from legacy fields.

“As these countries are unlikely to make significant progress reducing import dependency, the crucial factor for their energy security will continue to be the integration of their national gas markets into the overall EU gas market through the presence of interconnectors and the introduction of pipeline reverse flow capabilities.”