For decades, the UK acted as a magnet for capitalists and investors in Europe. However, there are signs that the scenario is changing as venture capitalists (VC) are closing the gap between the UK and rest of Europe with two German startups occupying the first two positions in the list of top five VC funded European emerging tech companies in 2018, says GlobalData, a leading data and analytics company.

An analysis of GlobalData’s Financial Deals Database reveals that the top two German companies – Auto1 Group and ABOUT YOU – collectively raised $861m, which is more than the combined disclosed VC funding of $657m raised by the remaining three UK-based companies – Revolut, Atom Bank and Graphcore – in the top five.
Auto1 Group raised $561m, the highest VC funding among all European emerging tech companies in 2018, followed by ABOUT YOU with disclosed funding value of $300m. Revolut, Atom Bank and Graphcore raised $250m, $207m and $200m, respectively, during the year.

While the two German startups and Atom Bank are into digital business operations, Revolut is into payment technology space, and Graphcore is active in artificial intelligence domain.

Aurojyoti Bose, Financial Deals Analyst at GlobalData, comments: “The UK has always been the tech capital for emerging tech companies in Europe. However, countries such as Germany and France have been generating significant investor interest and thereby challenging the UK’s leadership.” 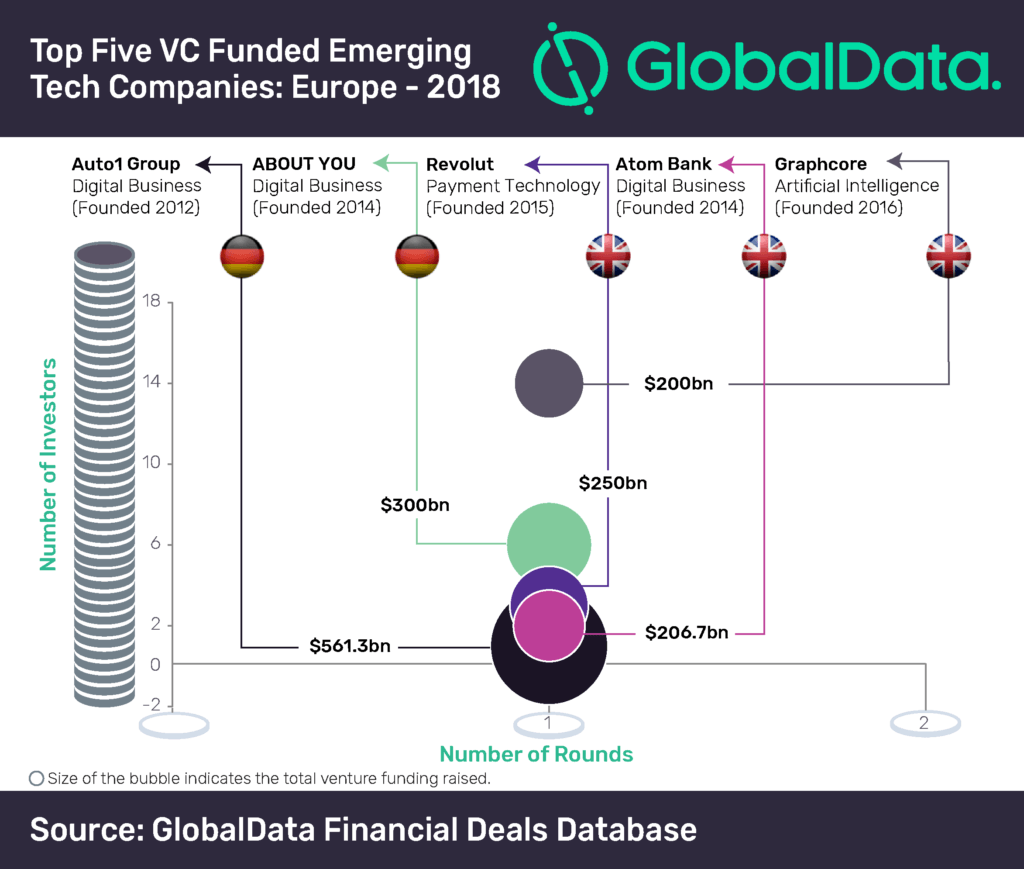 Bose concludes: “So far, London’s position as a global hub for businesses has helped foster an ecosystem that is conducive for VC investors in the country. With Brexit looming large over the UK, it can be a cause of concern for the UK-based tech companies and may drive investments away from the country.”