The total glaucoma market was estimated to be $2.6bn across the seven major markets (7MM*) in 2016. This is expected to grow to $3.8bn in 2026, at a Compound Annual Growth Rate (CAGR) of 4.1%, according to GlobalData, a leading data and analytics company.

The company’s latest report: ‘PharmaPoint: Glaucoma’ revealed that this growth will be driven by the launch of pipeline products. GlobalData anticipates that five products in the late-stage pipeline will enter the glaucoma market during the forecast period. These products include a first-in-class drug Santen’s DE-117 as well as one drug with an undisclosed MOA. Aerie’s fixed-dose combination therapy, Roclatan, and two sustained-release (SR) implants are also set to launch during the forecast period. 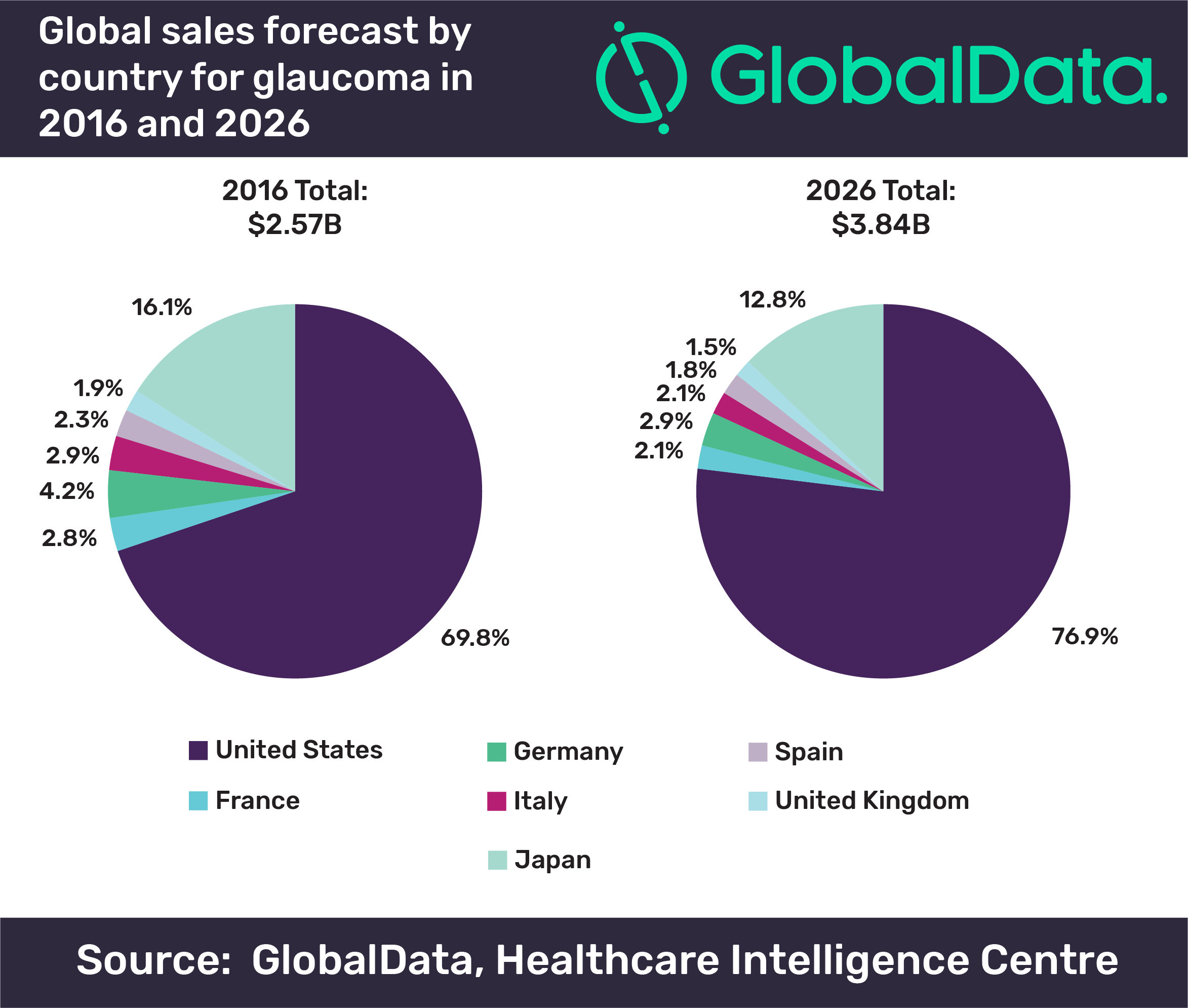 Thomas Moore, Healthcare Analyst at GlobalData, comments: “The late-stage pipeline drugs are set to have a significant impact on the glaucoma market, and be a key driver of growth throughout the forecast period. GlobalData forecasts that two pipeline products, Aerie’s Roclatan and Allergan’s Bimatoprost SR, will become the most successful drugs in the glaucoma market, with sales of $631.9M and $609.5M, respectively. Overall, GlobalData predicts that drugs that launch during the forecast period will account for 41% of the global glaucoma market in 2026.”

Since 2014, the focus of pharmaceutical companies has begun to shift towards the development of new classes of glaucoma drugs, and this trend is expected to continue throughout the forecast period. Kowa’s Glanatec (ripasudil), launched in Japan in 2014, was the first Rho kinase inhibitor in the 7MM, and the first new class of glaucoma drug since Pfizer’s Xalatan launched in 1996. The glaucoma pipeline is set to continue this trend, with the recent approval of Valeant’s Vyzulta (latanoprostene bunod) and Aerie Pharmaceuticals’ Rhopressa (netarsudil) providing new classes of glaucoma drugs to ophthalmologists in the US.

Moore continues: “Some pharmaceutical companies have opted to continue the established strategy of reformulating existing drugs for glaucoma to provide added value. In particular, there are two late-stage pipeline products, Ocular Therapeutix’s OTX-TP and Allergan’s Bimatoprost SR, which contain established prostaglandin analogues reformulated into an SR implant. These products are set to address poor patient adherence in glaucoma patients, and are expected to have a significant impact on the glaucoma market.”

Glaucoma is an established indication with a large number of treatment options available, and as a result the disease is generally associated with low levels of unmet need. However, some unmet need does remain in this disease area, with the most significant generally considered to be a need for greater patient compliance.

Moore adds: “The importance of the unmet need for greater compliance is reflected in the late-stage pipeline, which contains several products poised to help meet this unmet need. Specifically, there are two SR implants, Ocular Therapeutix’s OTX-TP and Allergan’s Bimatoprost SR, which will deliver drugs directly into the eye over several months, and thus avoid potential issues of non-compliance associated with topical medicines.”