After declining in 2019, global gold production was adversely affected by the COVID-19 pandemic in 2020, while suspension of expansion works and contractions from mines nearing closure also added to the decline. Overall, output was estimated to have declined by 5.2% to 108 million ounces (moz), according to GlobalData, a leading data and analytics company. 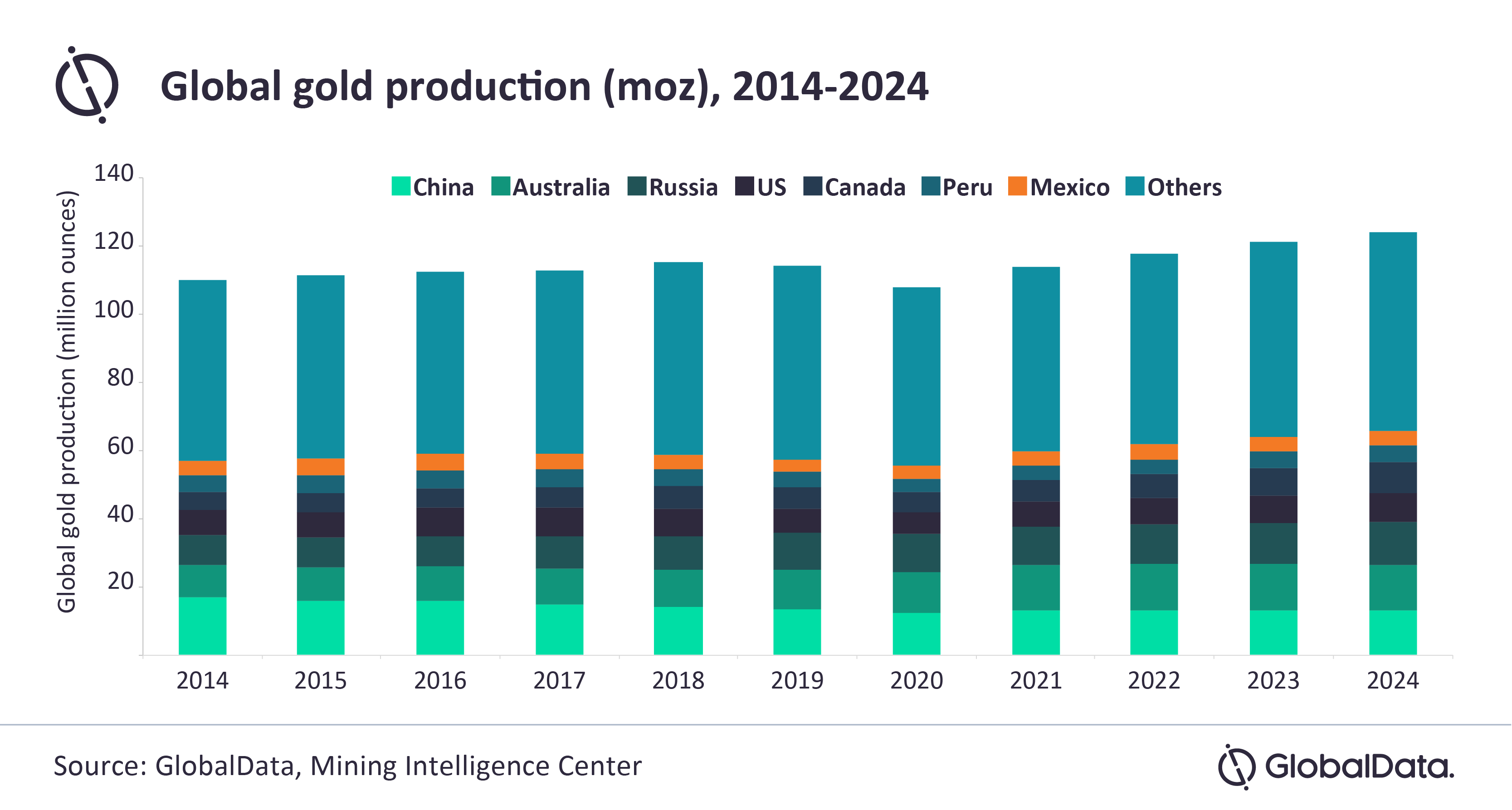 Vinneth Bajaj, Associate Project Manager at GlobalData, comments: “Key projects expected to commence operations during the forecast period include the Turquoise Ridge underground expansion project in the US, which is currently undergoing construction. With an annual gold production capacity of 500koz, the project is expected to be commissioned in late-2022.

“The Salares Norte project in Chile, which is wholly owned by Gold Fields, is currently under construction. With an annual gold production capacity of 450koz and a development capital expenditure of about US$860m, the project is expected to commence operations in 2023.”

The greatest impact of COVID-19 on gold production was observed during the first half of 2020, when six of the top 10 gold producers reported a collective 8.4% year-on-year (YOY) fall in their output. Major declines were from Barrick (12.3%), Newcrest (15%), and Agnico Eagle (8.4%). While major contributors offsetting the declines were Kirkland Gold (48%), due to the acquisition of the Detour Lake project by Detour Gold in January 2020, and Zijin (5.9%).

Several gold mines were forced to suspend operations temporarily due to the pandemic, including Barrick’s Veladero, Pueblo Viejo and Porgera mines and Agnico’s Nunavut, Quebec and Mexican mining operations.

China, after reporting an all-time high of 16.7moz of gold production in 2014, has been on a downtrend ever since, as a consequence of policy changes and depleting ore reserves. Adding to these factors, the pandemic struck the country’s output hard during the first quarter of 2020. Therefore, China’s gold production is estimated to have declined by 7% to 12.4moz in 2020, according to GlobalData.

The pandemic also had a significant impact on the African operations mainly during the second quarter of 2020, where the gold production is gradually shifting its base towards the Western African countries. Gold mines that were temporarily suspended in Africa include Mponeng, Kalgold and Zondereinde in South Africa, Obuasi in Ghana, Hounde in Burkina Faso and Fekola in Mali. Overall, gold production from South Africa is expected to have declined by 10.9% in 2020, with declines also in Guyana (15.9%), Ghana (7.5%) and Mali (5.6%). In Indonesia, production is expected to have declined by 28.9%, owing to the transition of the Grasberg open-pit mine, the country’s largest producer of gold.

Bajaj adds: “Unlike other key producers, Australian gold miners remained largely unaffected by the outbreak, as stringent measures were adopted by the government to contain the outbreak enabling minimal disruptions to mining activities. State governments, including Western Australia, South Australia, Tasmania and the Northern Territory, began to close their borders from late March, with certain exceptions for essential service workers. Overall, gold production in Australia is expected to have grown by 4.3% in 2020, reaching 12moz.”