IT services deals experienced a steep decline in 2017, both in terms of the number of deals and total contract value (TCV), compared to both 2016 and 2015. While the TCV witnessed a significant annual decline of 33.3% in 2017 to reach a value of US$61.4 billion, the number of deals announced (4,099) saw a considerable decrease of 25.6% in 2017 compared to 2016, according to GlobalData, a leading data and analytics company. 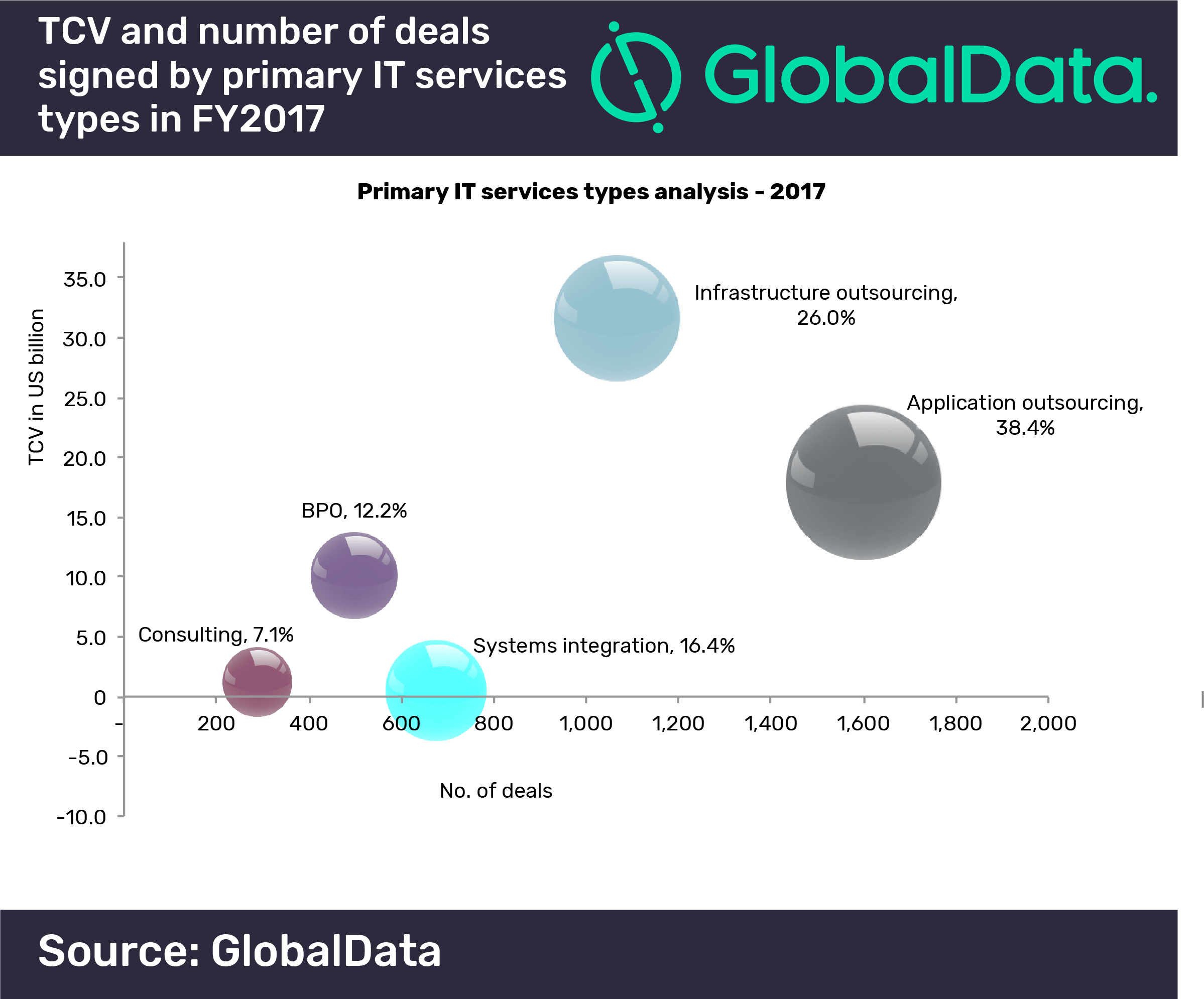 Piyush Sharma, Lead Technology Analyst at GlobalData, comments: “Although the TCV of the contracts announced in the infrastructure outsourcing segment was the highest in 2017, it witnessed a considerable decline due to fewer mega deals, meaning deals over $500m, compared to the previous two years.”

Meanwhile, the systems integration and consulting segments experienced a considerable decline in their TCVs primarily due to the absence of large value deals compared to nine and 15 large deals in these segments in 2016 and 2015, respectively.

Sharma concludes: “Within IT solution areas, cloud computing and information management/analytics segments dominated the IT services segment in 2017, as enterprises are looking to reduce their capital and operation costs and enhance their decision making process. Moreover, a significant number of deals with a scope of information management are set to expire in 2018, providing opportunities for analytics and business intelligence vendors.”