Deal making landscape in the artificial intelligence (AI) tech space during 2014–2018 was dominated by global tech giants, according to GlobalData, a leading data and analytics company. Of the top five acquirers, four were based out of the US, with Ireland-based Accenture being the only exception in the list.

The four US-based companies–Facebook, Microsoft, Apple and Splunk–collectively accounted for 30 acquisitions in the AI tech space during 2014–2018, whereas Accenture acquired six companies in this area during the period.

Aurojyoti Bose, Financial Deals Analyst at GlobalData, says: “Technology companies have been the dominant deal makers in the AI space. However, with AI making inroads into diverse sectors, the buyer universe in expanding and the space is also attracting investments from non-technology companies.”

Between 2014 and 2018, around 70% of the targets acquired by the top five acquirers in the AI tech space were based in the US, distantly followed by the UK with 11% share. Other prominent countries attracting investments include Canada, Denmark, Israel, Spain, Sweden, India, Germany, China and France.

Bose adds: “The high number of American firms attracting investments in the AI space is a testimony to the country’s dominance in AI technology. The recent launch of American AI Initiative program also augurs well for the development of the sector or start-ups operating in this space.”

While American start-ups continue to remain attractive acquisition targets, the acquirers are also moving beyond the US, such as the UK, China, India, Canada and Israel, mainly driven by state-of-the-art technology and talent available in these countries. 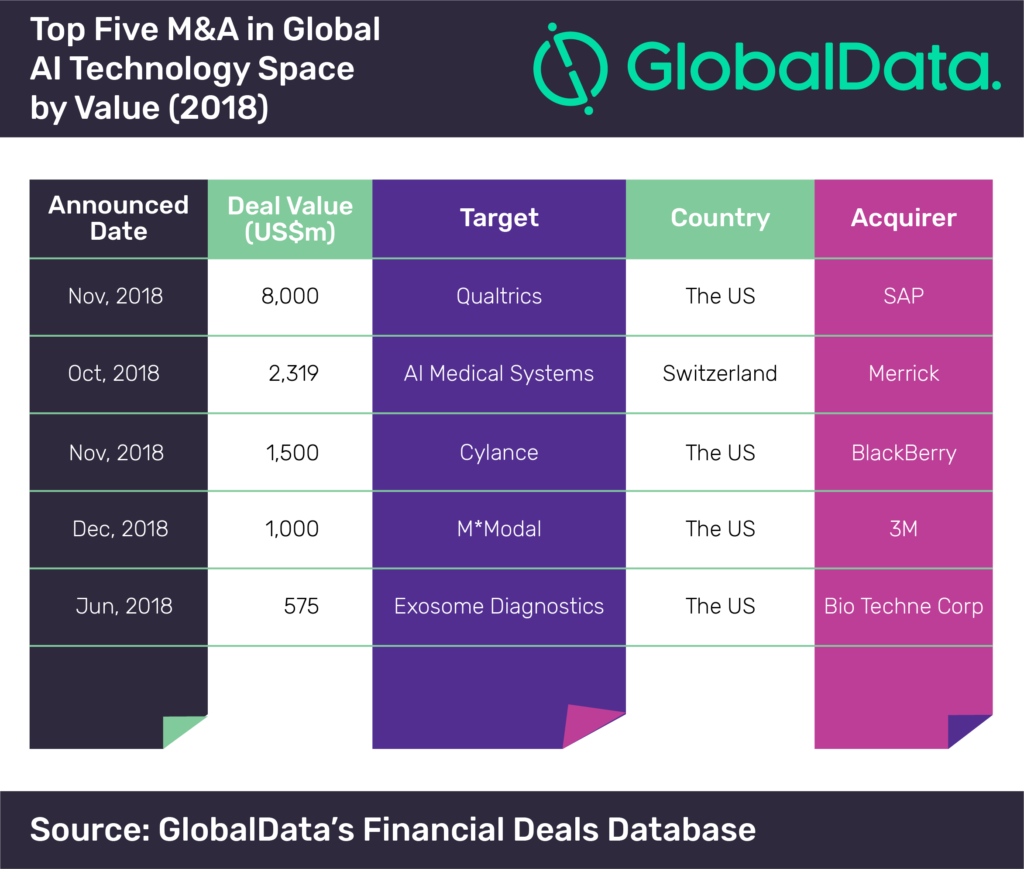 Bose concludes: “With increasing adoption of AI across sectors, this space is bound to witness growth in an already burgeoning M&A activity. Corporates are extensively evaluating options to integrate AI in their business operations and automation initiatives. Going forward, AI solutions will be an integral part of their strategies.”