Rapid acceleration in innovation in virtual and augmented reality (VAR) space is quickly bridging the digital and physical worlds to deliver tangible and significant applications across diverse industries. GlobalData, a leading data and analytics company, identifies VAR as a leading innovation driven technology and has picked top startups in VAR space with high probability of becoming unicorns.

GlobalData’s Technology Innovation Intensity (TII) tracks the pace of innovation in a technology using key alternative datasets such as deals and patents and as per the framework VAR ranks in top-15 innovation-led technologies set to have meaningful impact across industries.

Adarsh Jain, Director of Financial Markets at GlobalData, says: “Virtual and augmented reality has seen a rapid surge in patent grants over the last 2-3 years with elevated interest from venture capital investors. These are solid innovation fundamentals for future evolution and adoption of the technology, and GlobalData sees this reflecting in the VAR ecosystem bringing out innovative products at a rapid pace.” 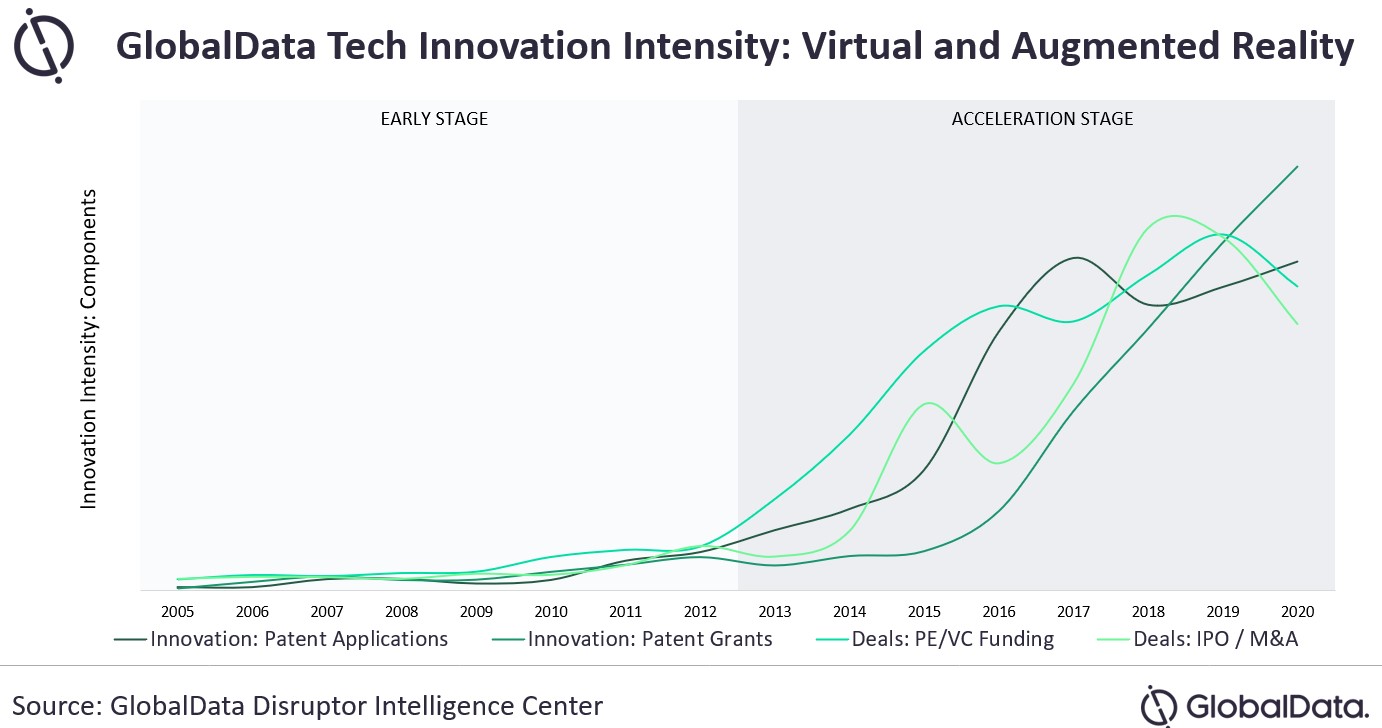 For instance, almost a fifth of Facebook employees are working on AR / VR tech, and CEO Mark Zuckerberg is betting AR/VR to be the next major computing and social media platform to enable ‘being present with people in digital space’. Terming it metaverse, Facebook is looking to enable people to hangout, play games with friends, work, create and more within this digital realm and planning to launch its first smart glass from Ray-Ban in partnership with EssilorLuxottica to enable such activities. 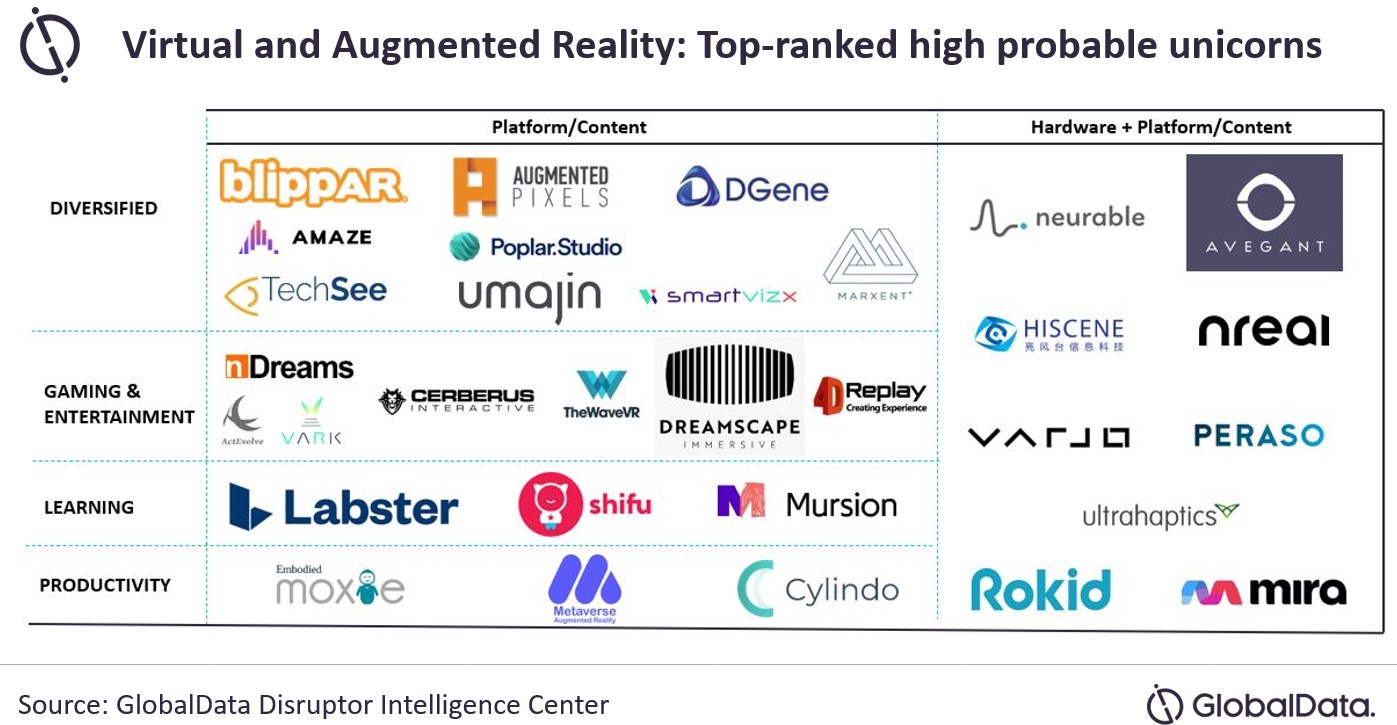 Some of the VAR startups in GlobalData’s list of potential unicorns include Avegant, Blippar.com and Varjo.

California-based Avegant counts Intel Capital and Applied Ventures among its investors. With a strong patent portfolio covering its light field technology, the company is already in the process of scaling up its next generation, immersive, screenless video headsets in diverse fields ranging from product design and engineering to entertainment and healthcare.

UK-based Blippar.com has made a niche for itself in developing AR content for consumer retail industry. Backed by Qualcomm Ventures, BlippAR has developed key intellectual property in building full stack AR applications for both web and mobile environments. Its proprietary BlippBuilder platform is used by leading marketing campaign designers.

Varjo, a Finland-based start-up, recently introduced reality cloud platform bringing the users closer to ‘teleportation’ experience. Counting Volvo and EQT Ventures among its investors, the company has built a strong tech portfolio of over 100 patents. Already testing the European market for its high-end VR headsets, the company is inching closer towards making Sci-fi dream come true.

Mr Jain concludes: “Falling hardware and software costs, ubiquity of mobile devices and continued innovation will enable VAR to have transformative impact across sectors in the future and GlobalData therefore believes that companies need to embrace VAR as the technology of the future”

Please login to GlobalData’s webinar on 05 August 2021 to learn more.