Majority (19) of the banks in the GlobalData’s list of top 25 publicly traded global banks by market capitalization (M Cap) reported quarter-on-quarter (QoQ) growth in the second quarter (Q2) of 2019, with JPMorgan Chase topping the list with a M Cap of US$362.7bn as on 30 June, according to GlobalData, a leading data and analytics company. 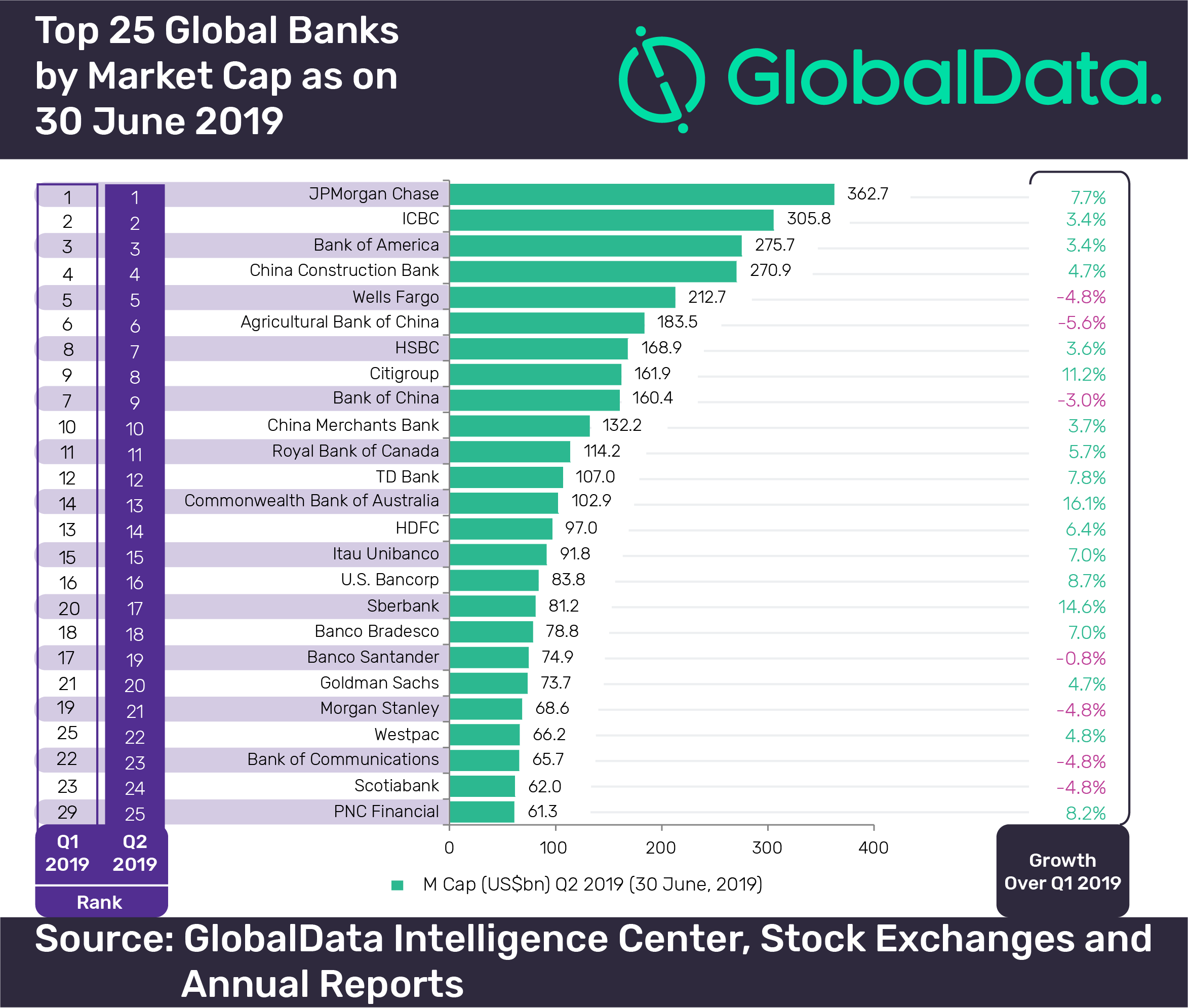 In Q2 2019, the top 25 banks maintained their growth momentum as their aggregate M Cap grew by 3.6% from US$3.4 trillion to US$3.5 trillion. There were 19 players that reported quarter-on-quarter (QoQ) M Cap growth.

Parth Vala, Company Profiles Analyst at GlobalData, comments: “CBA’s share price has been moving upwards on the back of combination of factors such as positive sentiments in stock market (especially for bank stocks) due to the surprise federal election win of the Liberal Party; remedial action plan targeted at strengthening governance and accountability, and customer-centric outcomes; and attractive dividend yield of 5.23% in light of current and highly likely upcoming interest rate cuts by Reserve Bank of Australia.”

In terms of ranking, 12 players maintained their position while PNC Financial jumped four places to be at 25th, replacing Mitsubishi UFJ from the list as the latter’s share price continued to slide on account of weak financial performance for fiscal year ended 31 March 2019 as Japanese banks continued to be mired with low interest rates and shrinking population.

Westpac and Sberbank bettered their positions by three places to be ranked at 22nd and 18th, respectively.