Goldman Sachs has secured number one position in the latest global mergers and acquisitions (M&A) financial advisers’ league table based on deal value in the first half (H1) of 2019, according to GlobalData, a leading data and analytics company.

The American bank advised on 156 deals worth US$691.9bn, including two major deals–United Technologies’ acquisition of Raytheon for US$88.4bn and Saudi Aramco’s acquisition of 70% stake in SABIC, during the period.
According to GlobalData, which tracks all M&A, private equity/venture capital and asset transaction activity around the world to compile the league tables, JP Morgan stood at second place with a total deal value of US$659.8bn from 144 deals it advised on during the period. Third position was occupied by Morgan Stanley, which worked on 121 deals worth US$500.5bn in H1 2019. 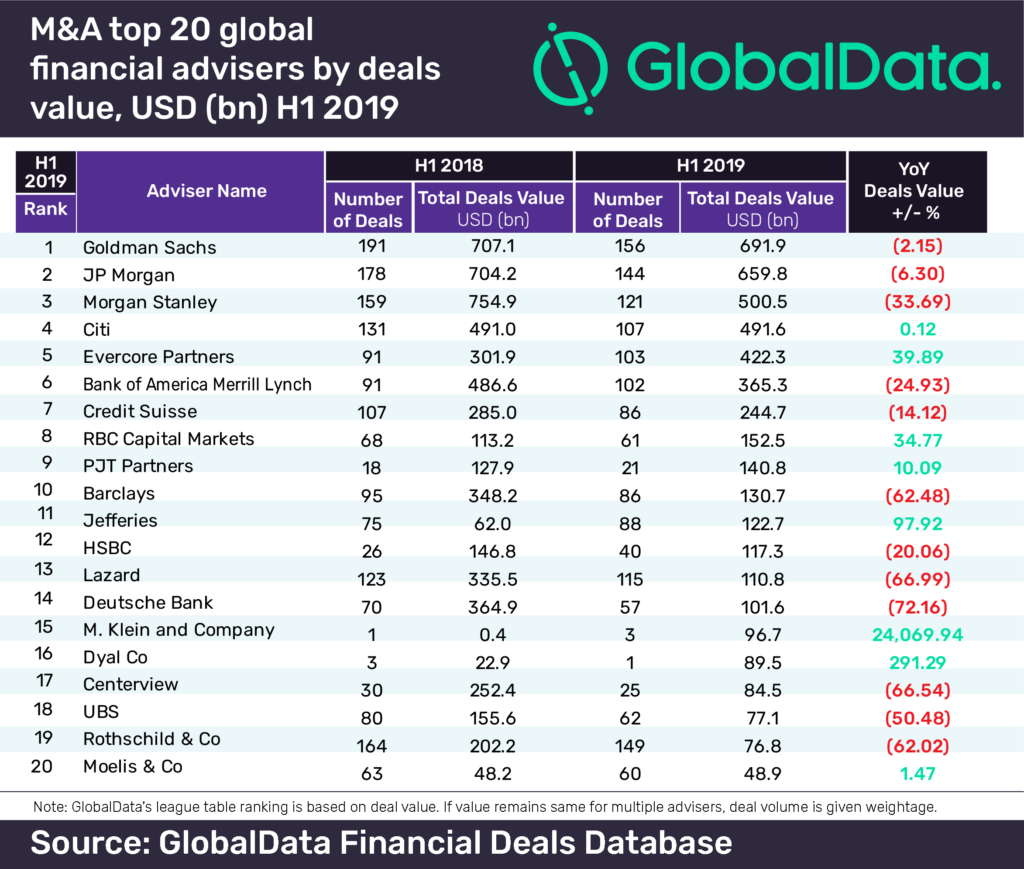 Goldman Sachs and Rothschild & Co led the chart in terms of volume, advising on 156 and 149 deals, respectively in H1 2019. JP Morgan secured third position with 144 deals, followed by Morgan Stanley with 121.
Ravi Tokala, Financial Deals Analyst at GlobalData, comments: “Goldman Sachs led the chart in terms of volume and value. It was involved in seven deals out of top 10 transactions by deal value in H1 2019. The top three firms – Goldman Sachs, JP Morgan and Morgan Stanley managed to cross the US$500bn deal value mark in H1 2019.”
The overall year-on-year deal value declined by 10.55% to US$1987.4bn but witnessed a 19.43% increase from H2 2018.