Goldman Sachs has dominated the latest mergers and acquisitions (M&A) league table of the top 20 financial advisers in the first three quarters (Q1-Q3) of 2019, according to GlobalData, a leading data and analytics company.

The American investment bank advised on 249 deals worth US$982.3bn, including the big ticket deal of United Technologies’ acquisition of Raytheon.

According to GlobalData, which tracks all M&A, private equity/venture capital and asset transaction activity around the world to compile the league tables, JP Morgan was at the second position with 211 deals worth US$777.9bn.

Third position was occupied by Morgan Stanley, which advised on 182 deals worth US$732.4bn. 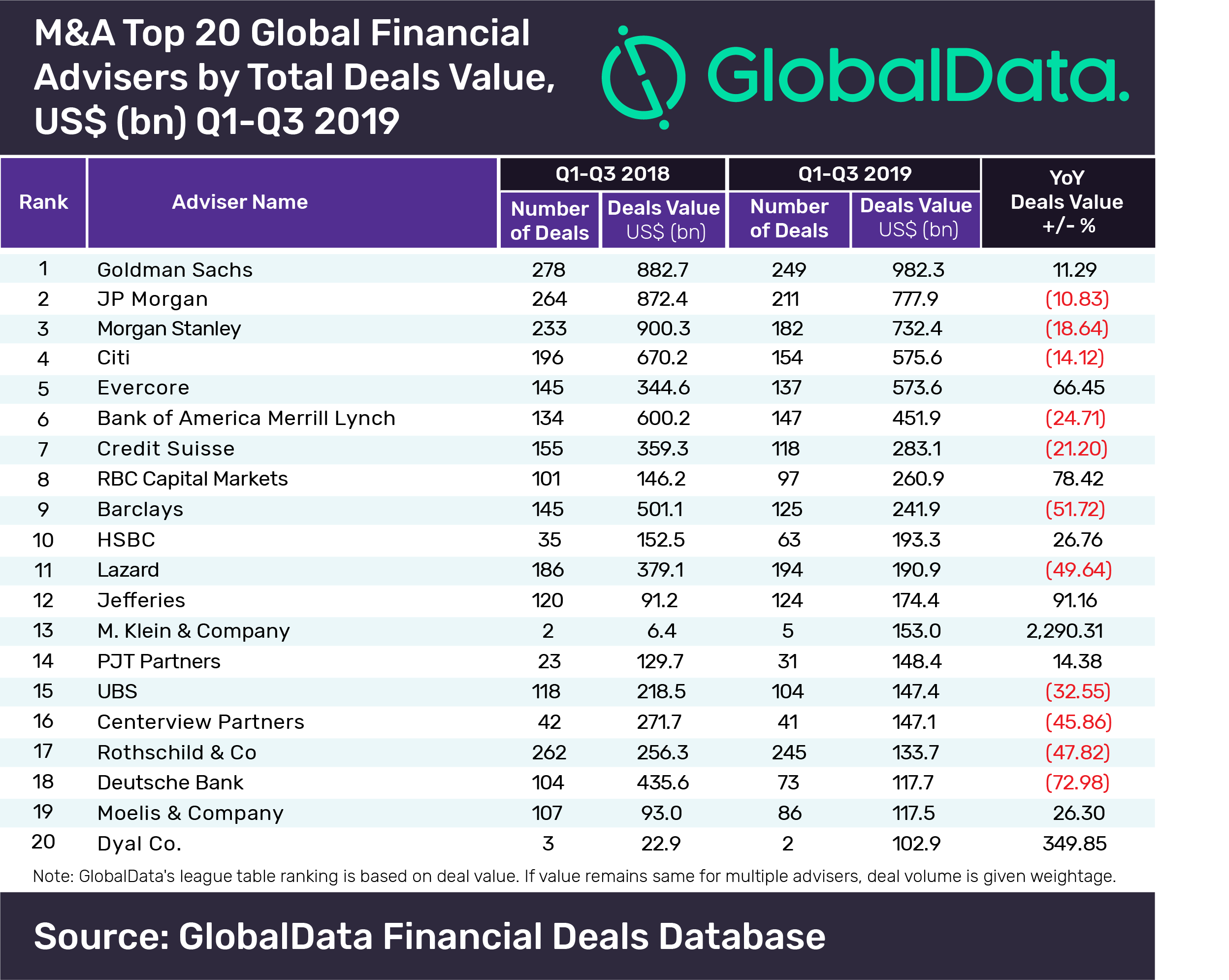 Citi and Evercore secured fourth and fifth positions, having advised on 154 deals worth US$575.6bn and 137 deals worth US$573.6bn, respectively. In terms of growth in the year-on-year deal value, Evercore recorded a 66.45% increase while Citi’s growth declined 14.12%.

Ravi Tokala, Financial Deals Analyst at GlobalData, comments: “The megadeals (>US$ 10bn) were instrumental in deciding the top spots for financial adviser league table. Among the 30 megadeals recorded, the top three advisers Goldman Sachs, JP Morgan and Morgan Stanley advised 22, 15 and 13 deals, respectively. Despite advising on the second highest number of deals, Rothschild & Co settled at 17th rank due to its involvement in only two megadeals and low-value transactions.”