Indian domestic card scheme RuPay registered exponential growth both in terms of cards in circulation and transaction value between 2015 and 2019, and in the process has ended the dominance of American payment giants Mastercard and Visa, according to GlobalData, a leading data and analytics company.

According to GlobalData, the total transaction value of debit cards in circulation in India is expected to increase from INR43.9 trillion in 2019 to INR70.6 trillion in 2023. 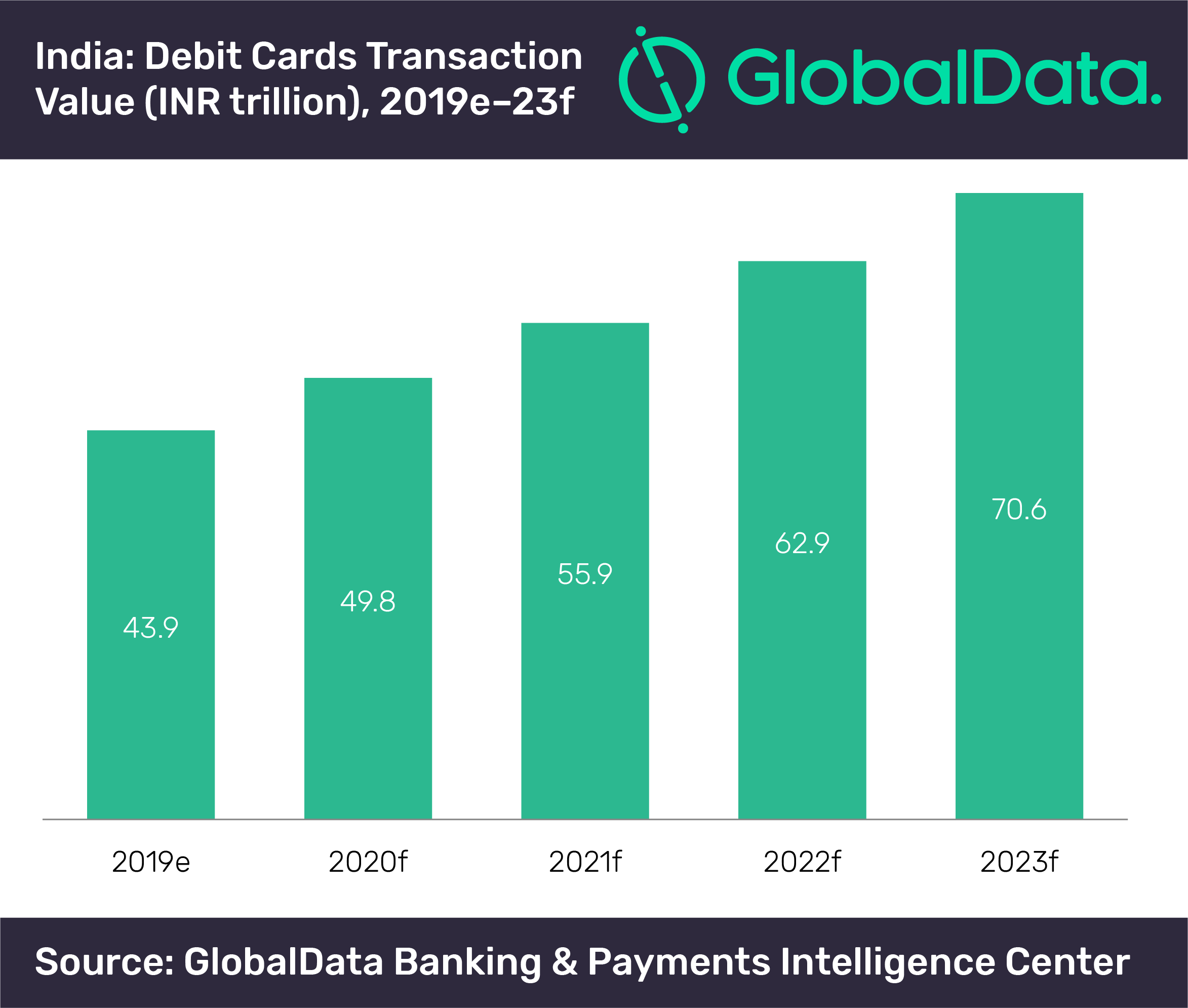 While RuPay leads the way in terms of debit cards in circulation, Visa and Mastercard remain dominant in terms of number and value of transactions. However, RuPay is growing strongly here as well. In terms of transaction value, the share of RuPay cards in the overall debit card market grew at a compound annual growth rate of 59.3% from 6.1% in 2015 to 24% in 2019.

Sharma adds: “Global acceptance, government backing and a planned reduction in the merchant service charges are all expected to push RuPay card usage.”

Having achieved success in the debit card market, RuPay entered the credit card space in June 2017. It now offers credit cards with partners such as HDFC Bank.

To take RuPay cards global, NPCI has partnered with US-based Discover Financial Services and Japan-based JCB. In August 2019, RuPay was launched in the UAE and Bhutan, and the scheme has signed a memorandum of understanding in Bahrain. The card was previously launched in Singapore in May 2018.

The launch of One Nation One Card on the RuPay platform in March 2019 is expected to further drive RuPay card usage. This is an open-loop transport card (debit, credit, or prepaid) that allows holders to pay for bus travel, toll taxes, parking charges and retail shopping. Card holders can also withdraw money.

Sharma concludes: “The strong growth of RuPay will present a major challenge to the international schemes in all areas of Indian card payments in the next five years. RuPay will only continue to grow, given the active support it receives from the government.”