Guyana has limited scope to increase royalties while maintaining competitiveness

Following Guyana’s Department of Energy announcement that it plans to increase the government take by raising royalties payable on oil and gas production in the future licensing round in Q3 2020, Alessandro Bacci, Upstream Oil and Gas Analyst at GlobalData, a leading data and analytics company, offers his view:

“If Guyana goes ahead with its plan of increasing the royalties in its production sharing agreements (PSAs), the scope for adjustment will be limited if it wishes to retain its regional competitiveness. Under the current contract structure, Guyana may push its royalties up to a 5% rate from the current 2%. Beyond that threshold, it may diminish the attractiveness of the country’s petroleum fiscal framework for investors.

“GlobalData assessed the profitability of a Guyanese offshore development at the 2% royalty rate applied to ExxonMobil-operated Stabroek license, and at increased royalty scenarios of 5%, 10%, and 15%. This assessment shows that raising the royalty rate above 5% could make potential returns under Guyana’s fiscal regime significantly less competitive than under the regimes of regional rivals, such as Brazil and Suriname. 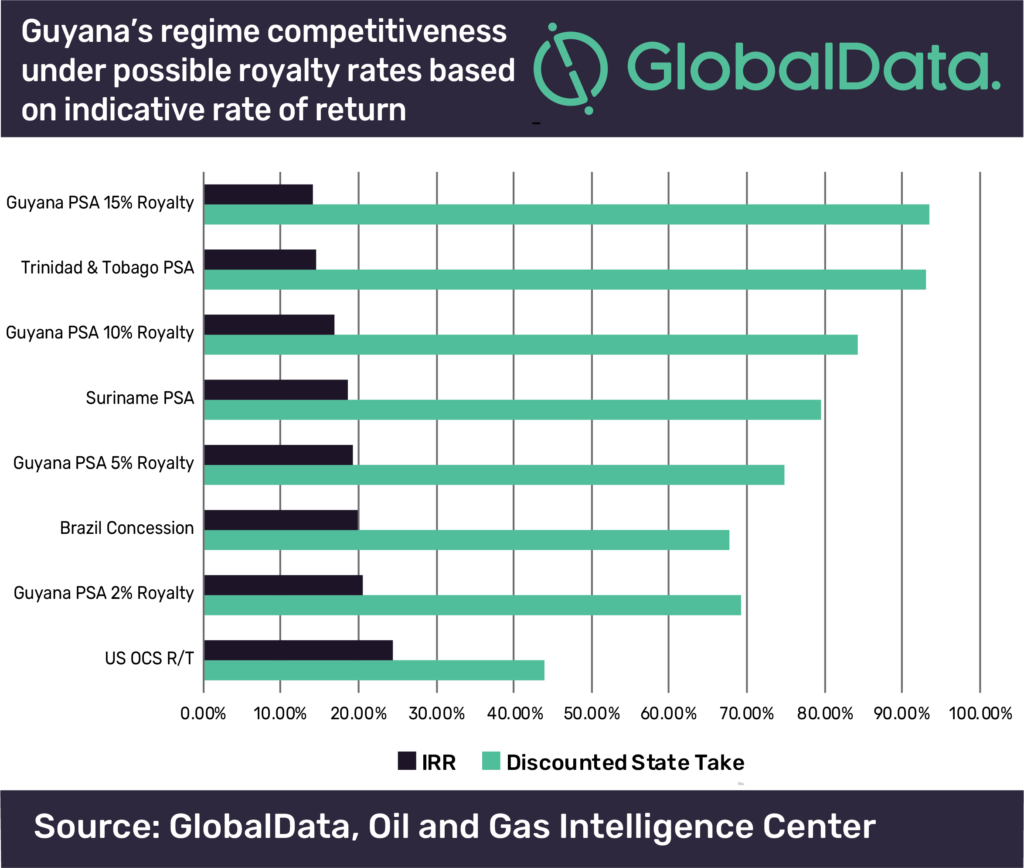 “Since the initial negotiations with ExxonMobil, there has been a lot of attention on the royalty rate as if this were the only source of government take. However, this is a misrepresentation of the PSA structure. The reality is that the PSA model has a 75% cost recovery with the remaining 25% profit oil equally split between the licensees and Guyana. The minimum effective royalty rate paid to the government is 14.25% of the gross revenue. For Liza Phase 1 we expect to have a free cash flow for the government higher than 50%.

“If Guyana wants to have a royalty rate in line with the average PSA royalty rate across the globe, i.e., between 10% and 15%, it must change the structure of the current PSA so it doesn’t lose competitiveness. Alternatively, it might slightly increase the royalty rate while maintaining the current PSA structure or introduce a sliding scale with royalties increasing with profits. The current attractive framework attracted major oil companies such as ExxonMobil, Total, Tullow, Hess, Repsol and Anadarko, but, if fiscal changes make the regime less competitive, it could limit future exploration.”