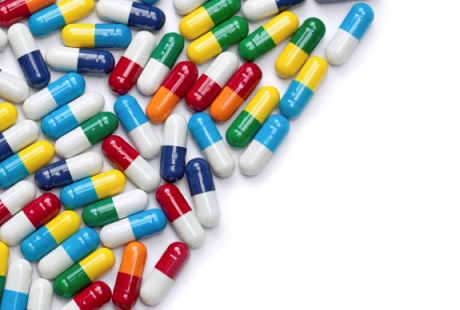 The US Food and Drug Administration (FDA) has just approved GW Pharmaceuticals’ lead pipeline candidate, Epidiolex, for the treatment of rare, pediatric epilepsy conditions – but why the fuss? Well, for one, it looks to address significant unmet need in the epilepsy market, but more importantly; the drug is a marijuana based-cannabidiol which, according to GlobalData, a leading data and analytics company, could be used as a template for other CBD drugs to make it onto the market.

Epidiolex (cannabidiol) has been approved for the treatment of patients suffering from rare forms of epilepsy, Lennox-Gastaut Syndrome and Dravet Syndrome; typically these manifest themselves in childhood and patients have a higher risk of death than other epilepsy sufferers. However, despite the severity, these syndromes have no speciality treatment and remain critically undertreated. GlobalData’s report ‘PharmaPoint: Epilepsy’ identifies this underserved patient population in the market; and reveals that Epidiolex is forecast to reach peak sales of over $1B by 2026.

Rahael Maladwala, Neurology and Ophthalmology Analyst for GlobalData, commented, “If Epidiolex is approved, it will experience a rapid uptake, and establish itself in the market very quickly with its sales buoyed by its clinical efficacy as well as the hype around this product as an extract of cannabidiol. By the end of the forecast period it is expected to generate sales of approximately $1.2B in the *7MM.”

However, barriers remain for GW Pharmaceuticals to overcome if Epidiolex is to reach its full potential in the Epilepsy market. Despite its approval, the drug is not yet available to the public, with the Drug Enforcement Administration (DEA) needing to reschedule the drug. Currently, the drug is in schedule I, suggesting it has a high probability for abuse, however, it is likely to be re-classified into a lower tier within 90 days, similar to GW Pharmaceuticals other cannabis based drug, Sativex. Once approved, in the US, GlobalData anticipates GW Pharmaceuticals will expand into the other major markets (5EU and Japan) within the next five years; firmly establishing themselves as a major player in the epilepsy market.

Maladwala remarked, “Epidiolex has already been administered to patients as a part of the FDA-approved Expanded Access program and it has already demonstrated efficacy in clinical trials. Therefore, GW Pharmaceuticals have been preparing for the launch of the drug in the US using a subsidiary company, Greenwich Bioscience, for some time. Preparations for the EU and Japan launches are still being developed but a launch in these regions should soon follow.”

Looking to the future, other companies could look to GW Pharmaceuticals as a template for approval of cannabidiol drugs, using a similar clinical trial design and primary and secondary endpoints.

Maladwala added, “This could have far reaching implications for indications such as schizophrenia, glioblastoma and cancer pain, which all have cannabidiol drugs in their indication pipeline.”