India has the highest prevalence of anemia at 39.86% among the 16 major pharmaceutical markets (16MM*), primarily due to poor eating habits and lack of proper healthcare, according to leading data and analytics company GlobalData.

GlobalData’s epidemiological analysis of anemia found that the disease burden varies significantly by country and is quite common even in developed countries.

The figure below presents the total prevalence of anemia in the 16MM. Within this group, Canada has the lowest at 3%. The US and 5EU (France, Germany, Italy, Spain, and the UK) have total prevalence levels ranging between 5.6–10.74%, making the disease a common occurrence in these markets. 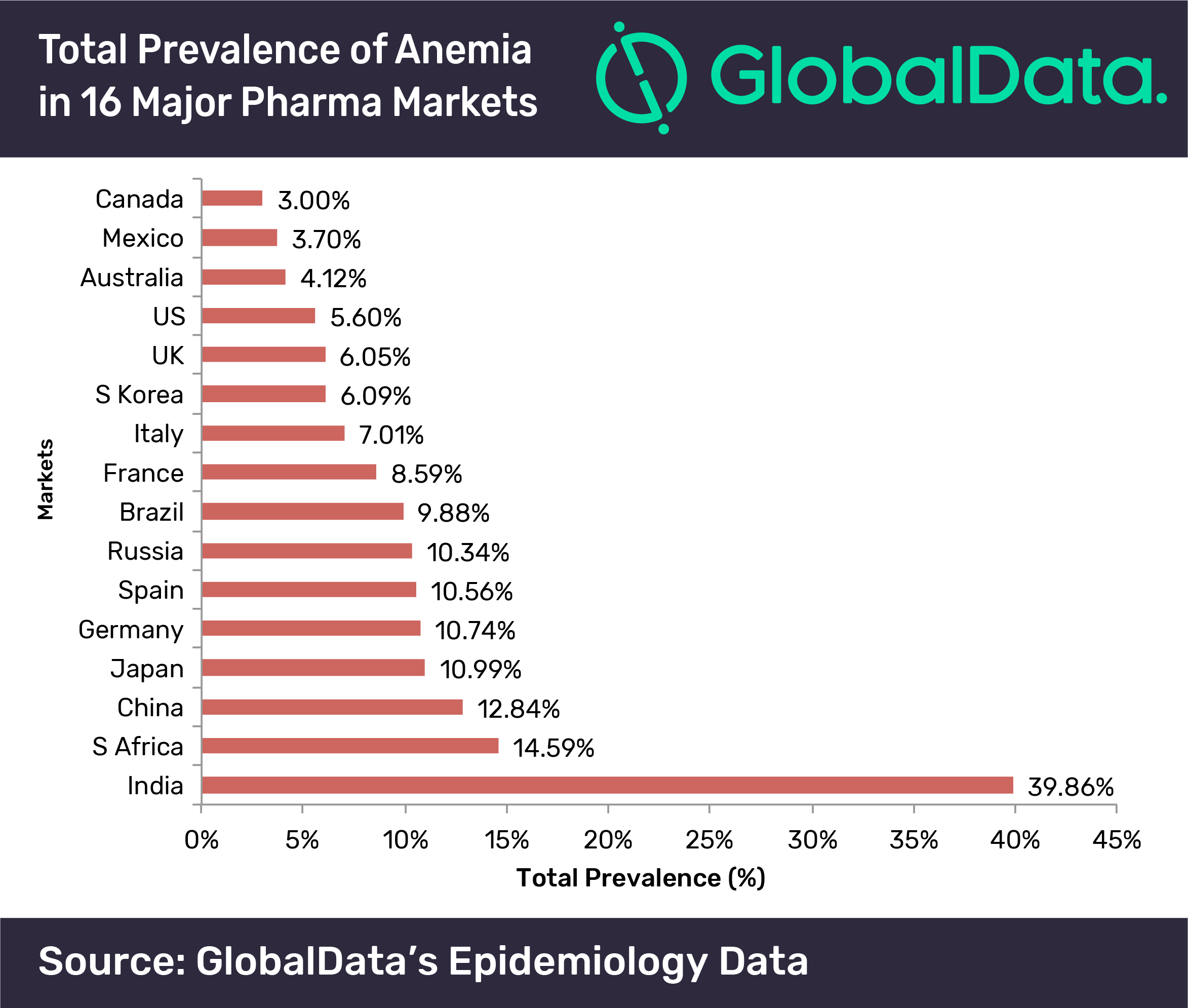 In India, the prevalence is even higher among Indian women, with around 50% of women having low hemoglobin levels. Numerous studies conducted in India found that poor eating habits, such as not eating enough fruit and legumes such as and beans and peas and lack of access to healthcare are the main causes for such a high prevalence of anemia among women.

Iron supplementation programs have not been successful in decreasing anemia in India for various reasons such as the perception that it’s not necessary, difficulties in accessing supplementations, and effectiveness of village health workers responsible for disseminating anemia awareness.

Kasey Fu, MPH, Director of Epidemiology at GlobalData, says: “One reason for anemia being so common in both developed and developing countries could be that anemia is difficult to diagnose, as the symptoms are non-specific in the mild early stages.

“Studies suggest that more than 50% of people with anemia are not aware that they have the condition. Another reason could be due to the high prevalence of conditions that can cause anemia, such as Chronic Kidney Disease (CKD). In people with CKD, anemia arises due to kidney damage lowering the production of hormones that direct hemoglobin production.

“Anemia with CKD can be difficult to manage, as treatment of it can lead to other serious complications such as heart disease. As anemia can often be the indicator that there are more serious underlying illnesses, it is very important to improve disease awareness and obtain an accurate diagnosis of its cause.”