Iraq is set to drive crude distillation units (CDUs) capacity growth in the Middle East from planned and announced (new-build) projects between 2019 and 2023, contributing around 38% of the total growth, according to GlobalData, a leading data and analytics company.

The company’s report, ‘Refining Industry Outlook in Middle East to 2023 – Capacity and Capital Expenditure Outlook with Details of All Operating and Planned Refineries’, reveals that Iraq is expected to have new-build CDU capacity of 1,200 thousand barrels of oil per day (mbd) by 2023. 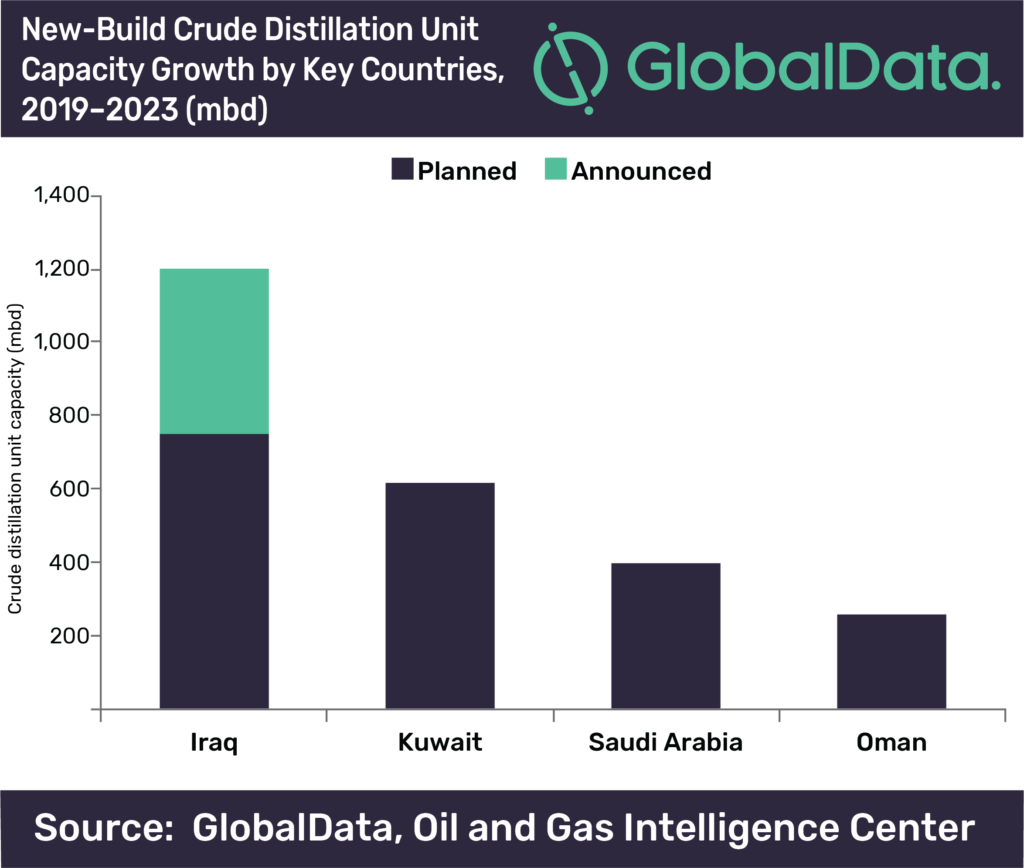 Following Iraq, Kuwait is another key country in terms of CDU capacity growth in the Middle East with 615 mbd. The Al-Zour refinery, which is expected to start operations in 2020, accounts for the entire capacity additions in the country.

Saudi Arabia is also expected to witness complete CDU capacity additions from one refinery – Jizan. The refinery is expected to start operations in 2019 with a capacity of 400 mbd.