Japanese meat market forecast to be worth JPY2,857bn by 2023, says GlobalData

A favorable financial conditions on the back of rising GDP is fuelling the growth of the meat sector in Japan although at a slow rate, which is expected to grow at a compound annual growth rate (CAGR) of 1.2% from JPY2,685.5bn (US$24.5bn) in 2018 to JPY2,857bn (US$27.9bn) by 2023, says GlobalData, a leading data and analytics company.

Anugna Victor, Consumer Analyst at GlobalData, says: “Japan’s decreasing population as well as falling employment levels will affect the overall food consumption in the country, especially packaged meat options. As a result, the meat sector in the country is expected to grow, but at a slow pace.”

The report further points out that Japan’s value share in the Asia-Pacific (APAC) region, which stood at 8.5% in 2018, is expected to decline to 8.1% by 2023, mainly due to the projected faster growth of meat products among other leading countries in the region, such as Hong Kong and China, during the forecast period.

Furthermore, the per capita consumption (PCC) of meat in Japan is forecast to increase from 10.6kg in 2018 to 11kg by 2023, above the APAC levels, but below global levels. 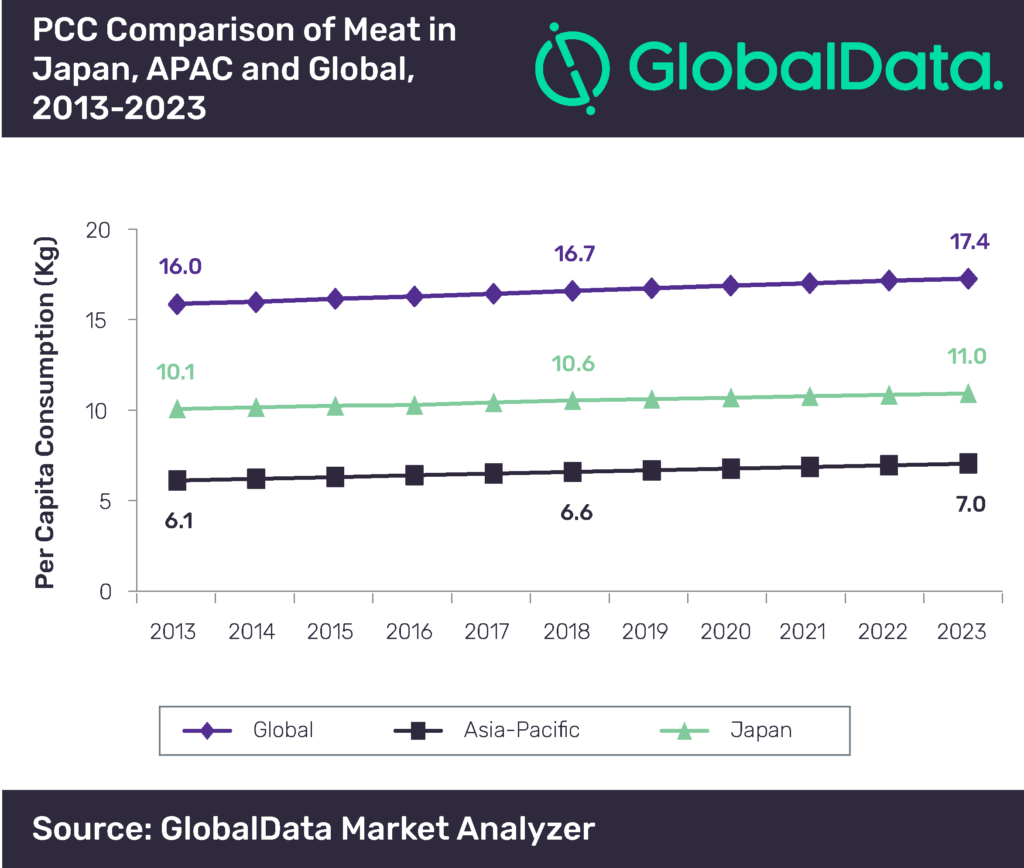 Itoham Foods Inc., NH Foods Ltd., and Nichirei were the leading market players in the Japanese meat sector; while Ito Ham, Nipponham, and Nichirei were the top brands. Inspite of Japan having a well-developed distribution network of hypermarkets and supermarkets, private label meat products accounted for a low penetration 5.6% of value share in 2018.

Victor concludes: “With changes in lifestyle among the Japanese consumers due to hectic schedules, the demand for convenience in food options is set to rise, thus driving the growth of meat categories such as frozen meat and counter cooked meat.”