JP Morgan held the top rank in the latest global mergers and acquisitions (M&A) league table of the top 10 financial advisers for the information and communication technology (ICT) sector based on deal value in 2019, according to GlobalData, a leading data analytics company.

The New York-based financial institution took the top spot with a deal value of US$219.9bn for advising on 71 deals.

Nagarjun Sura, Financial Deals Analyst at GlobalData, says: “Latham & Watkins emerged as the top legal adviser in the ICT sector, mainly driven by its involvement in Fiserv’s acquisition of First Data. Interestingly, all top five legal advisers participated in this transaction. With respect to deal value, only JP Morgan was able to cross the $200bn mark, topping the financial adviser category.” 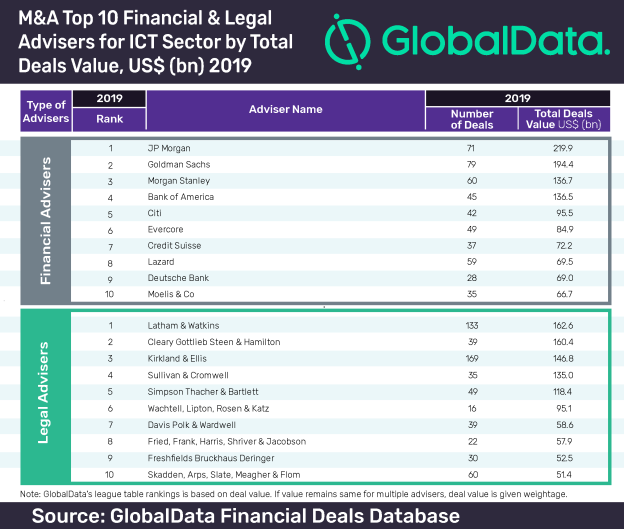 Goldman Sachs, which stood at second place in the ICT deals league table, ranked top in the global list.