JP Morgan has secured number one position in the latest global mergers and acquisitions (M&A) financial advisers’ league table in the first quarter (Q1) of 2019, according to GlobalData, a leading data analytics company.

The American bank advised on 61 deals worth $331.9bn in Q1 2019, including the quarter’s two biggest deals – Bristol-Myers Squibb’s plan to acquire Celgene for $89.5bn and Saudi Aramco’s acquisition of a 70% stake in SABIC. JP Morgan recorded a marginal increase in deal value during Q1 2019 when compared with Q1 2018, despite dip in volume.

GlobalData compiles the league table using real-time data tracked from all merger and acquisition, private equity/venture capital and asset transaction activity globally. Goldman Sachs stood at second place with a total deal value of $301bn from 71 deals it advised on during the quarter, witnessing a year-on-year deal value growth of 6.61%. Third position was occupied by Citi, which worked on 48 deals in Q1 2019 as against 65 in Q1 2018. 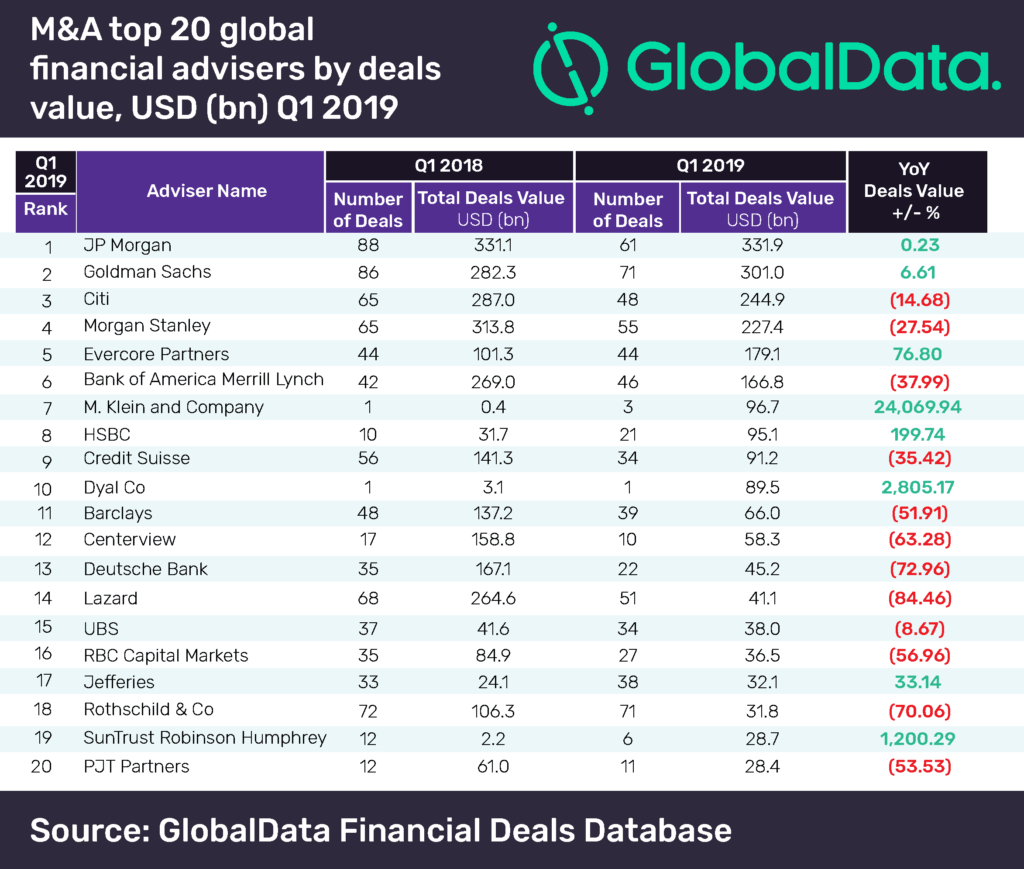 Goldman Sachs and Rothschild & Co led the chart in terms of volume, advising 71 deals each in Q1 2019. JP Morgan secured second position with 61 deals followed by Morgan Stanley with 55.