Low value deals (investment <=US$10m) continued to dominate venture capital (VC) investments throughout the first quarter (Q1) of 2019. The share of such deals also registered consistent growth during the period, according to GlobalData, a leading data and analytics company.

A total of 1,437 deals were announced in January. The month witnessed announcements of 1,073 deals with deal value up to $10m. Out of this, 471 deals were in the range of US$1m-US$5m. January also witnessed 33 deals valued more than US$100m, which was the highest among the three months. Though these deals collectively accounted for just 2.3% of the total deal volume, they contributed towards 36.3% of the total deal value in January. 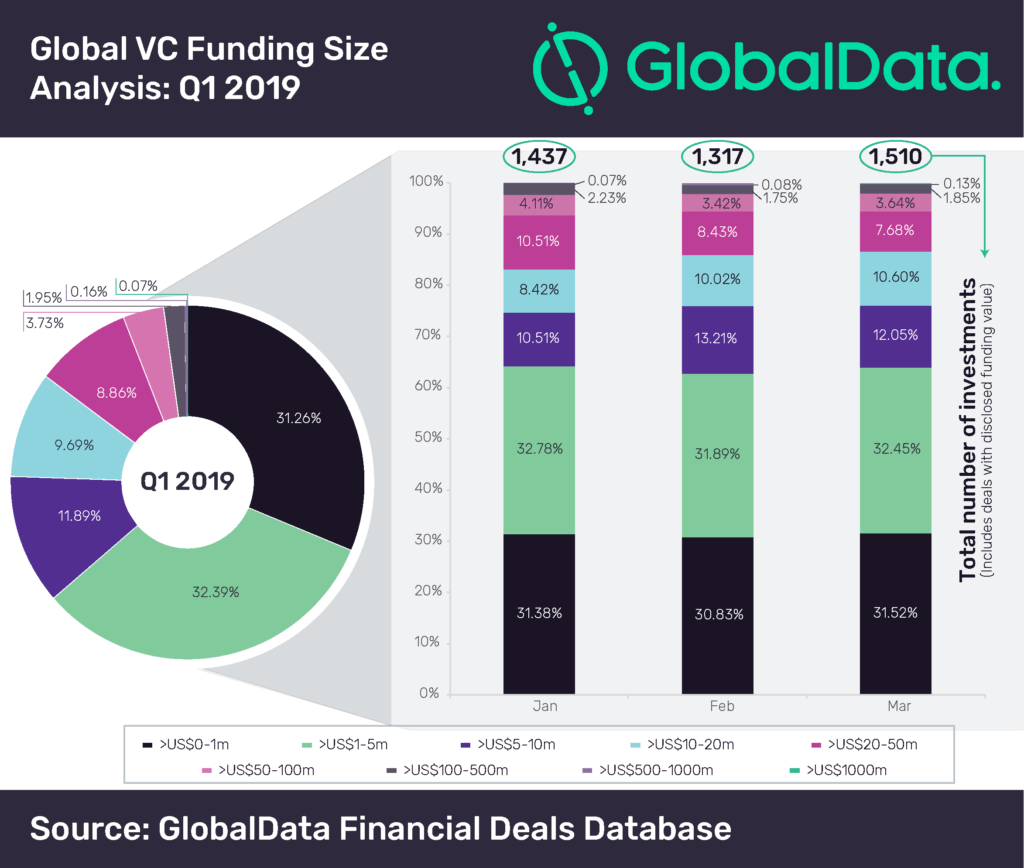 Overall deal volume witnessed a decline of 8.4% in February 2019 as compared to the previous month. In total, 1,000 VC deals with deal value up to US$10m were announced in February. Within these deals, 420 deals were valued between US$1m-US$5m range. February also witnessed 29 deals valued more than US$100m, which collectively accounted for 2.2% of the total deal volume and 46.2% of the total deal value.

March witnessed the highest number of deals. Deal volume increased by 14.7% compared to the previous month. In total, 1,510 deals were announced during in March, out of which 1,148 were low value deals and 490 deals were announced with value ranging between US$1m-US$5m. March also witnessed 31 deals valued more than US$100m. Though these deals accounted for just 2.1% of the total deal volume, they contributed towards 40.5% of the total deal value in March.

Some of the notable VC funding deals announced in March included US$1.5bn raised by Singapore-based ride-hailing firm Grab and US$1.3bn funding in the UK-based OneWeb.