Bank of America and Rothschild & Co were the top M&A financial advisers by value and volume in the retail sector for Q1 2022, finds GlobalData

06 May 2022
Bank of America and Rothschild & Co were the top M&A financial advisers by value and volume in the retail sector for Q1 2022, finds GlobalData

Bank of America and Rothschild & Co have been identified as the top M&A financial advisers in the retail sector in Q1 2022 by value and volume, respectively, according to the latest Financial Advisers League Table by GlobalData. The leading data and analytics company’s Financial Deals Database reveals that Bank of America achieved the top ranking by value by advising on $925 million worth of M&A deals. Meanwhile, Rothschild & Co led by volume, having advised on four deals.

According to GlobalData’s report, ‘Global and Retail M&A Report Financial Adviser League Tables Q1 2022’, a total of 479 M&A deals worth $16.8 billion were announced in the sector during Q1 2022.

Aurojyoti Bose, Lead Analyst at GlobalData, comments: “Rothschild & Co, despite leading by volume, lagged in terms of value due to its involvement in low-value transactions and did not feature in the top 10 list by value. While the average size of deals advised by Rothschild & Co was $104 million, it stood at $462.5 million for Bank of America.

“Bank of America, apart from leading by value, also occupied the third position by volume.” 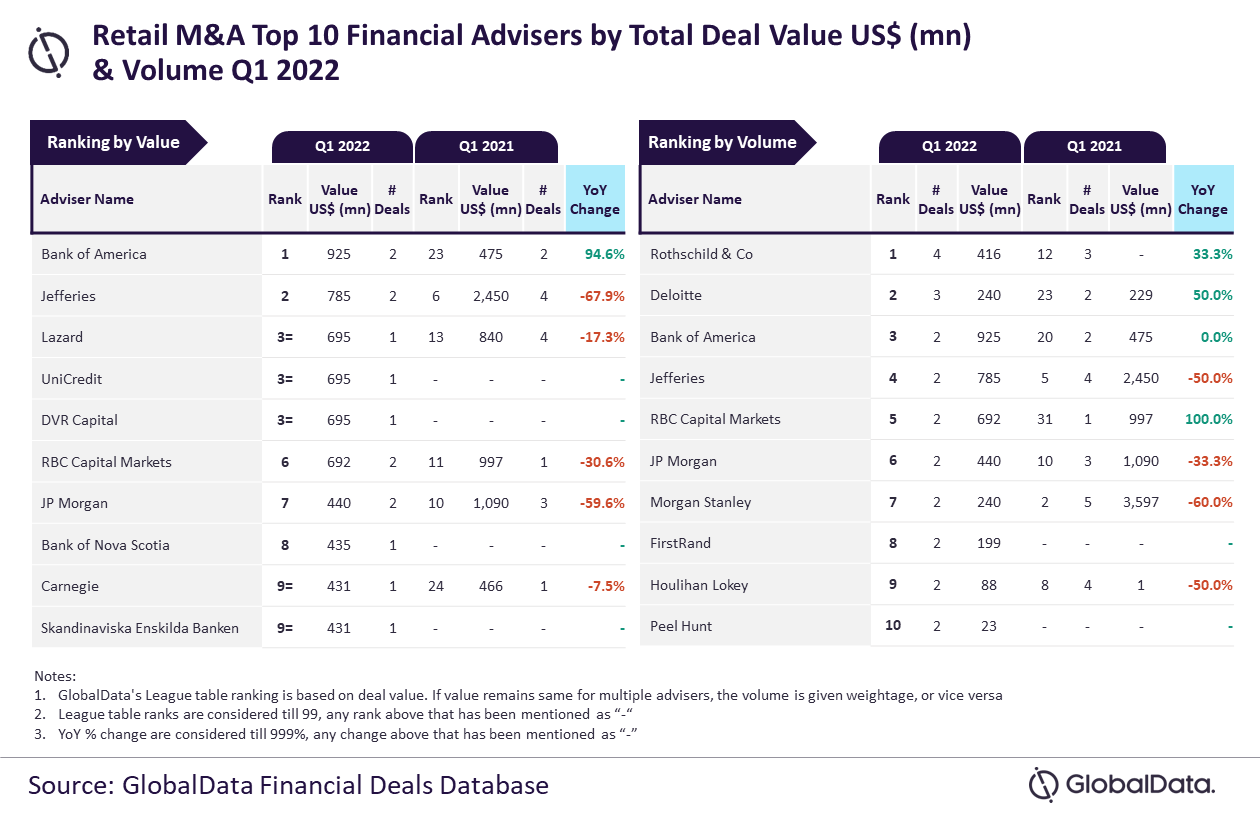