Deal activity in Asia-Pacific down by 16.8% in February 2022, finds GlobalData

The ongoing global geopolitical issues and volatile market conditions continue to pose downside risk to the deal activity (mergers & acquisitions [M&A], private equity, and venture financing deals) for the second consecutive month across the Asia-Pacific (APAC) region. As a result, deal activity has taken a 16.8% hit during February 2022, reveals GlobalData, a leading data and analytics company.

An analysis of GlobalData’s Financial Deals Database reveals that 1,259 deals were announced in APAC region during February 2022 compared to the 1,513 deals announced during the previous month.

Aurojyoti Bose, Lead Analyst at GlobalData, comments: “Uncertainties in global market seems to have taken a toll on deal-making sentiments in APAC. In fact deal activity remained subdued in several key markets in the region.” 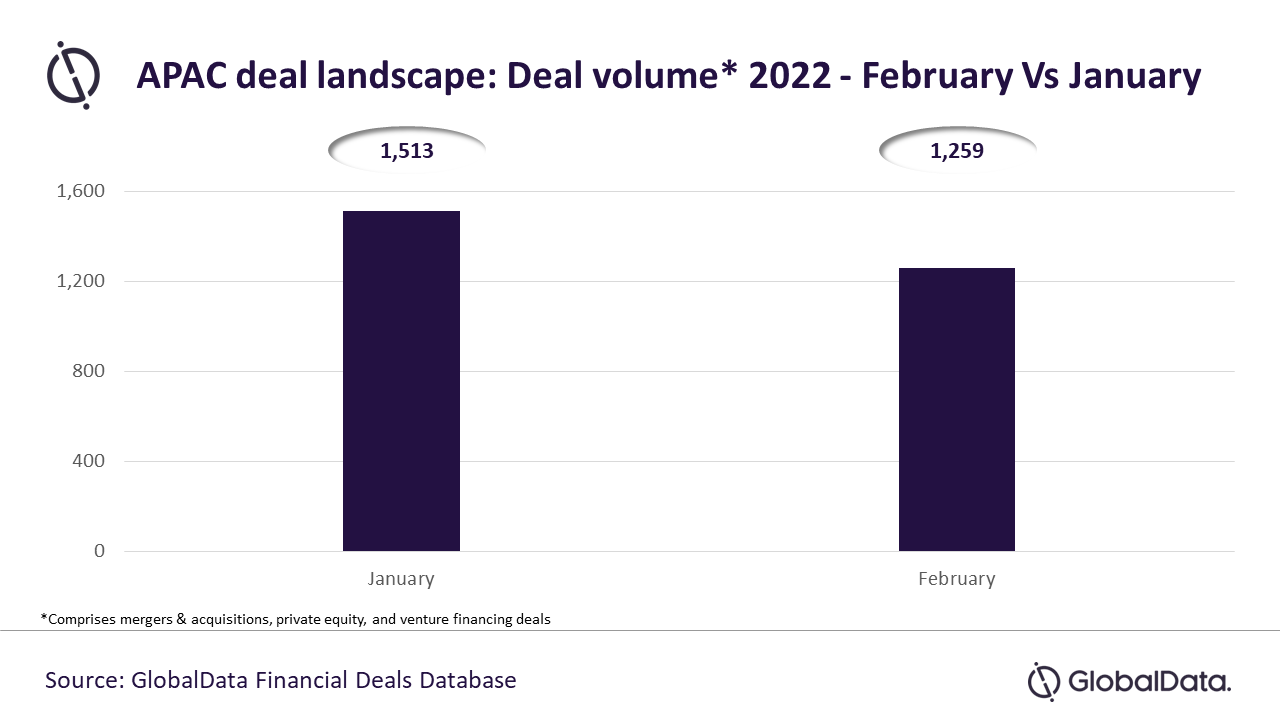 Malaysia, China, Indonesia, South Korea, Hong Kong and India witnessed month-on-month decline in deal volume by 40.6%, 39.3%, 35.3%, 23%, 20.6% and 7.7%, respectively, during the month. However, Japan, Australia and Singapore managed to register growth in deal activity.

Bose concludes: “Just as the deal activity across APAC was beginning to show signs of resilience towards the end of 2021 following the previous year’s volatile headwinds, the ongoing global geopolitical risks undid the gains. Any recovery for the rest of the 2022 will depend on how the regional governments respond to the evolving socio-political developments and fuel a sustained economic rebound.”