A total of 4,649 deals (comprising mergers & acquisitions, private equity, and venture financing deals) were announced globally during April 2022, which is a decline of 25.1% over the 6,071 deals announced during the previous month, according to GlobalData, a leading data and analytics company.

An analysis of GlobalData’s Financial Deals Database reveals that the deal volume during the month was also lesser by 23.4% compared to the monthly average of the first quarter of 2022.

Aurojyoti Bose, Lead Analyst at GlobalData, comments: “Deal-making sentiments affected across several key markets in Q1 2022 compared to Q1 2021 and now the dampened deal-making sentiments also seem to continue through Q2 2022 due to market volatility and uncertainty amid the ongoing Russia-Ukraine conflict.” 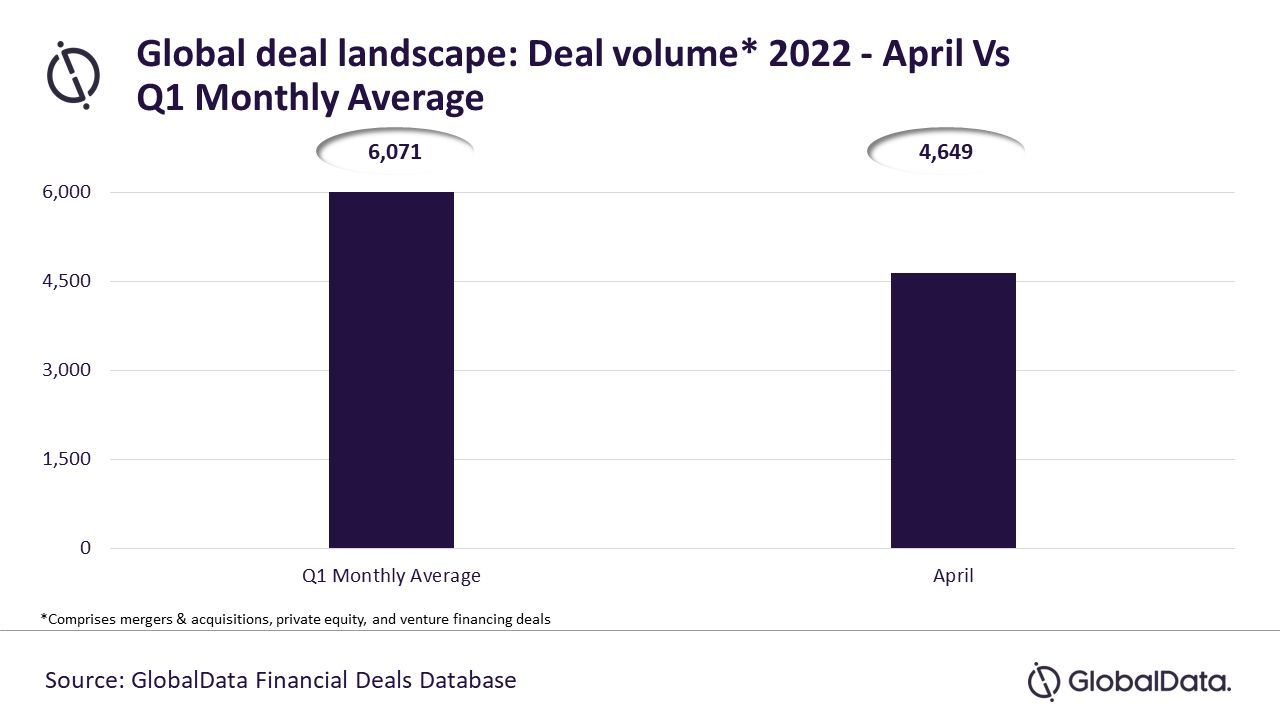 Though North America continue to account for the highest share in deal activity, the region witnessed drop in deal volume by 24.2% from 2,558 deals in March to 1,940 deals in the month of April. Akin to North America, all the other regions also witnessed decline in deal activity. Europe, Asia-Pacific, South & Central America, and Middle East & Africa regions witnessed decline in deal volume by 20.4%, 29.4%, 33.7% and 33.7%, respectively.