Companies across industries are announcing mass layoffs in response to the ongoing volatile macroeconomic environment in the wake of the COVID-19 pandemic. In this regard, Twitter influencer conversations around ‘Layoff’ have witnessed a staggering 200% quarter-on-quarter (QoQ) growth in Q2 (April-June*) 2022, over the previous quarter, according to the Social Media Analytics Platform of GlobalData, a leading data and analytics company. 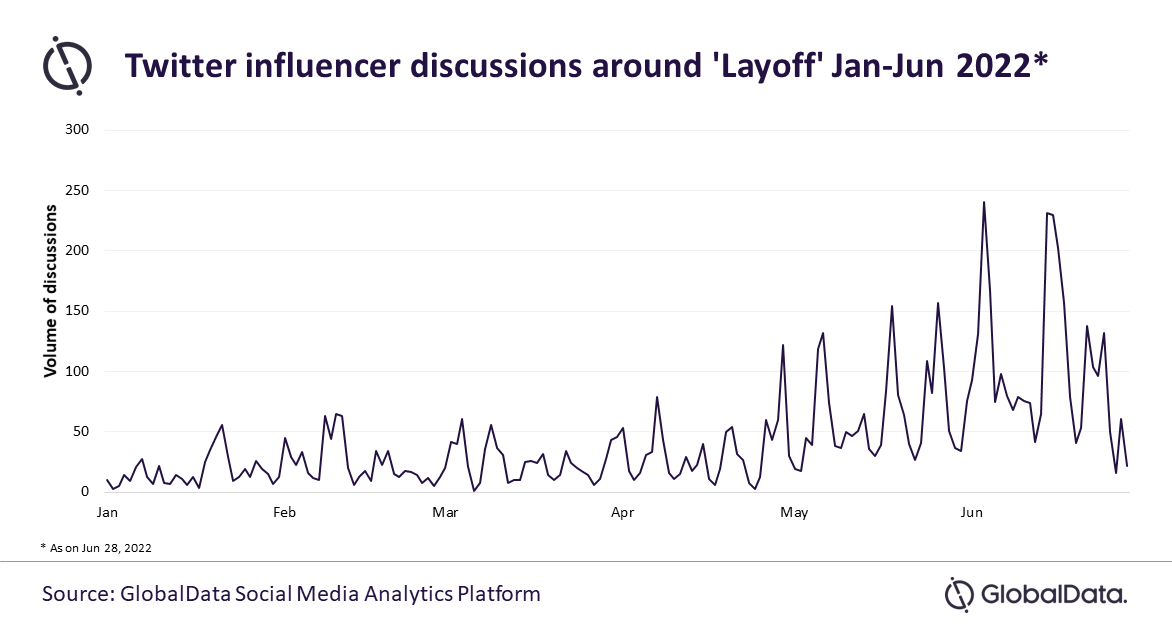 Smitarani Tripathy, Social Media Analyst at GlobalData, comments: “The term ‘Layoff’ witnessed a significant spike in influencer discussions in the second week of June, when Coinbase Global announced that it will layoff 18% of its global workforce amid the sharp fall in the digital currency market. Most of the influencer sentiments are negative about the expected rise of mass layoffs on the possibility of an economic recession. They expect further layoffs in the near-term as companies are struggling with profit margins as they are squeezed by global macroeconomic factors, including higher inflation.” 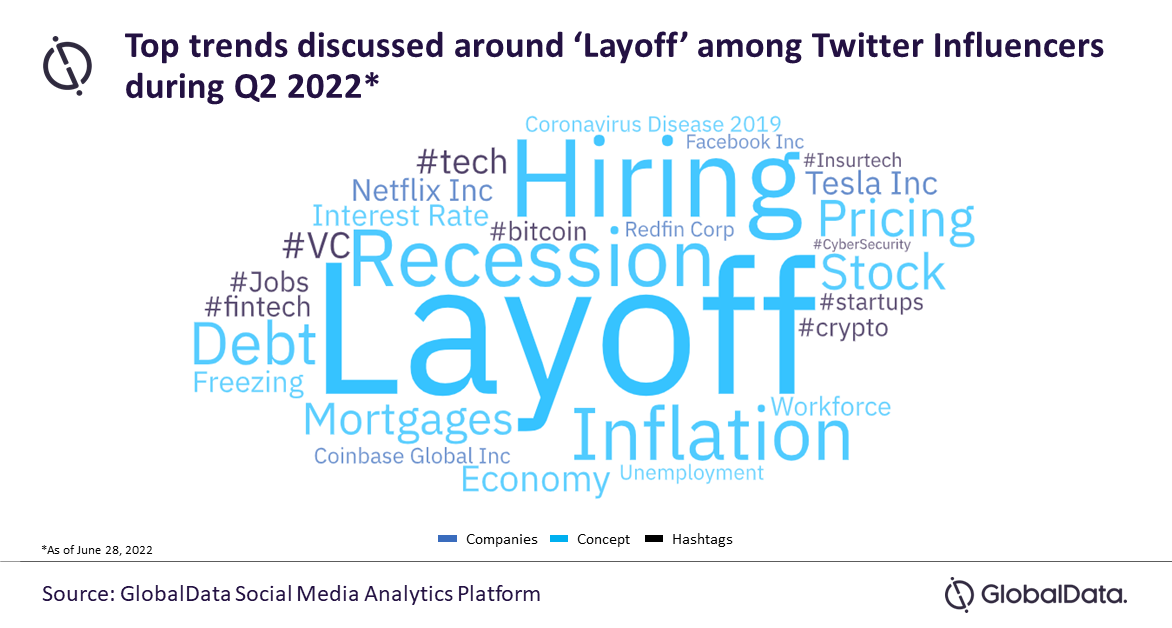 Netflix, Inc (Netflix) and Tesla, Inc (Tesla) were the other top mentioned companies around ‘Layoff’ among the Twitter influencers during Q2 2022. Influencers discussed how Netflix has stepped up layoffs since the beginning of Q2 2022, with an eye on reorganizing, de-layering and cost-cutting, after reporting its first subscriber loss in a decade.

Similarly, Tesla also announced that it plans to layoff 10% of its workforce and pause hiring in June. The company’s job postings in the Asia-Pacific (APAC) region decreased by 87% year-on-year (YoY) from 362 jobs in June 2021 to 48 jobs in June 2022*, according to the Job Analytics database of GlobalData. The highest rise in influencer discussions around Tesla was noticed when a former employee filed a lawsuit against the company claiming that it has violated the federal law while carrying out the mass layoff in June.

Below are a few of the most popular influencer opinions captured by GlobalData’s Social Media Analytics Platform:

“Layoffs are just beginning. Many companies are planning them now but have not pulled trigger We will see more layoffs in the next 1-3 months and then again in 6-9 months. Many will not cut enough and will need to do a second layoff 6 months later”

“This is reminiscent of 2000, when the economy was slowing but companies hoarded employees for fear of not being able to find anyone. That holding back led to a more dramatic flood of layoffs when the turning point finally came.”

“Some profitable companies are seeing lower margins due to inflation. Those companies need to reduce costs to keep up profit margins, leading to hiring freezes and layoffs.”

“The #recession that we are already in will be much worse than the Great Recession that followed the 2008 Financial Crisis. In addition to double digit #inflation the economy will be hit by mass layoffs as reduced consumer spending forces money-losing companies to slash payrolls.”