Goldman Sachs and PwC were top M&A financial advisers by value and volume in retail sector for 2021, finds GlobalData

21 Jan 2022
Goldman Sachs and PwC were top M&A financial advisers by value and volume in retail sector for 2021, finds GlobalData

Goldman Sachs and PwC were the top mergers and acquisitions (M&A) financial advisers in the retail sector for 2021 by value and volume, respectively, according to GlobalData’s Financial Deals database. The leading data and analytics company notes that Goldman Sachs advised on 19 deals worth $39 billion, which was the highest value among all the advisers. Meanwhile, PwC led in volume terms having advised on 23 deals worth $3.5 billion. A total of 2,047 M&A deals were announced in the sector during 2021.

Aurojyoti Bose, Lead Analyst at GlobalData, comments: “PwC held the top spot in terms of deal volume but lagged behind many of its peers in terms of deal value due to its involvement in low-value transactions. The firm was unable to secure a ranking among the top 10 financial advisers by value. PwC advised on only one billion-dollar deal (valued more than or equal to $1 billion) during 2021.

“Meanwhile, Goldman Sachs advised on three billion-dollar deals that also included one mega deal valued more than $10 billion. This helped the firm to secure the top spot by value.” 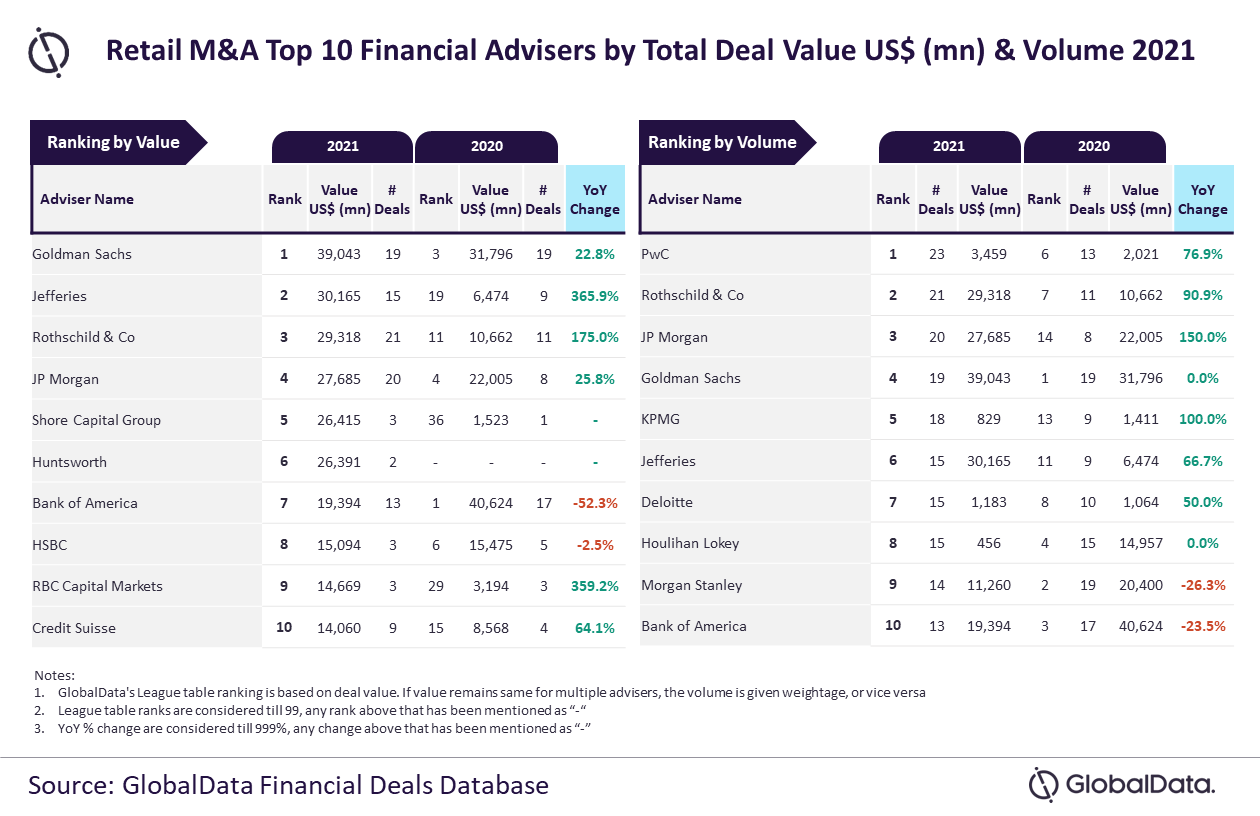 Jefferies occupied the second position in terms of value, with 15 deals worth $30.2 billion, followed by Rothschild & Co, with 21 deals worth $29.3 billion, JP Morgan, with 20 deals worth $27.7 billion and Shore Capital Group, with three deals worth $26.4 billion.

Rothschild & Co occupied the second position in terms of volume, followed by JP Morgan and Goldman Sachs. KPMG occupied the fifth position by volume, with 18 deals worth $829 million.