International Business Machines Corp (IBM) is on a hiring spree. The US-headquartered company created around 23,000 jobs between January and March 2022* with 59% of such jobs posted in India. The increase in new job roles is also apparent in countries such as China, Japan, and the Philippines, finds GlobalData, a leading data and analytics company. 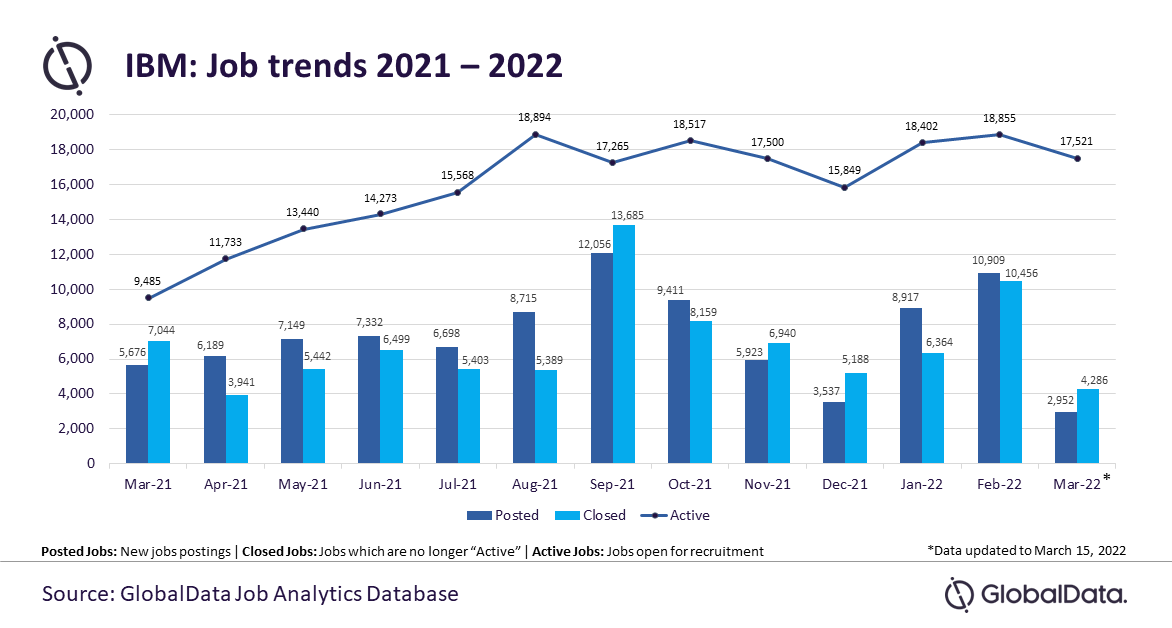 Ajay Kumar Thalluri, Business Fundamentals Analyst at GlobalData, says: “IBM slowed hiring in Q4 2021 with new job listings slowing down. Come 2022, IBM appears to ramp up job adverts. Listings increased globally but in India around 13,500 new jobs were posted between January and March 2022. Most of such jobs were for software engineers, developers, and testers with skills in SAP, Java, Big Data, automation, and .NET, among others.”

The increase in hiring comes at a time when the company opened IBM Security Command Center in India to manage cyberattack threats across the Asia-Pacific (APAC) region and expanded Security Operations Center in the country in February 2022, reveals an analysis of GlobalData’s Job Analytics Database.

It is interesting to note that the company’s job postings in the Philippines increased by 51% in 2021 compared to 2020. A significant number of postings are to provide consulting services for recruitment process outsourcing (RPO) and implementation of SAP in the Philippines.

New job postings in China and Japan increased over four times between December 2021 and January 2022. For its China office, IBM listed ‘Transformation Consultant’ roles to implement transformation technologies. These include hybrid cloud, supply chain logistics and fulfilment, digital, finance, among others.

Job adverts in China also show that the company is undertaking a business transformation exercise related to business, capital markets, and data governance. In Japan, the company looks to achieve new business with government customers,

Thalluri concludes: “IBM hired aggressively in 2021 with about 60% of new recruits in consulting services, according to Q4 2021 earnings call transcript. As the company continues to invest, hiring in 2022 could increase with jobs in South-East Asia markets expected to be robust. In January 2022, the Union Bank of the Philippines signed up IBM cloud to implement digital asset management services while Mitsubishi Motors Philippines Corp (MMPC) is partnering with IBM for its digital transformation strategy.”