Latham & Watkins was the top M&A legal adviser by value and volume in the oil & gas sector for Q1 2022, finds GlobalData

Latham & Watkins has been named the top M&A legal adviser by both value and volume in the oil & gas sector in Q1 2022, according to the latest Legal Advisers League Table by GlobalData. The leading data and analytics company’s Financial Deals Database reveals that Latham & Watkins achieved the top ranking by advising on 12 deals worth $14 billion.

Aurojyoti Bose, Lead Analyst at GlobalData, comments: “Latham & Watkins was among the very few advisers that managed to register double-digit deal volume, while also surpassing the $10 billion mark in total deal value. Although Latham & Watkins went ahead to top the chart, it faced close competition from Vinson & Elkins as it also advised on the same number of deals. However, Vinson & Elkins lagged by around $2.5 billion in value and ended up occupying the second position by both value and volume.” 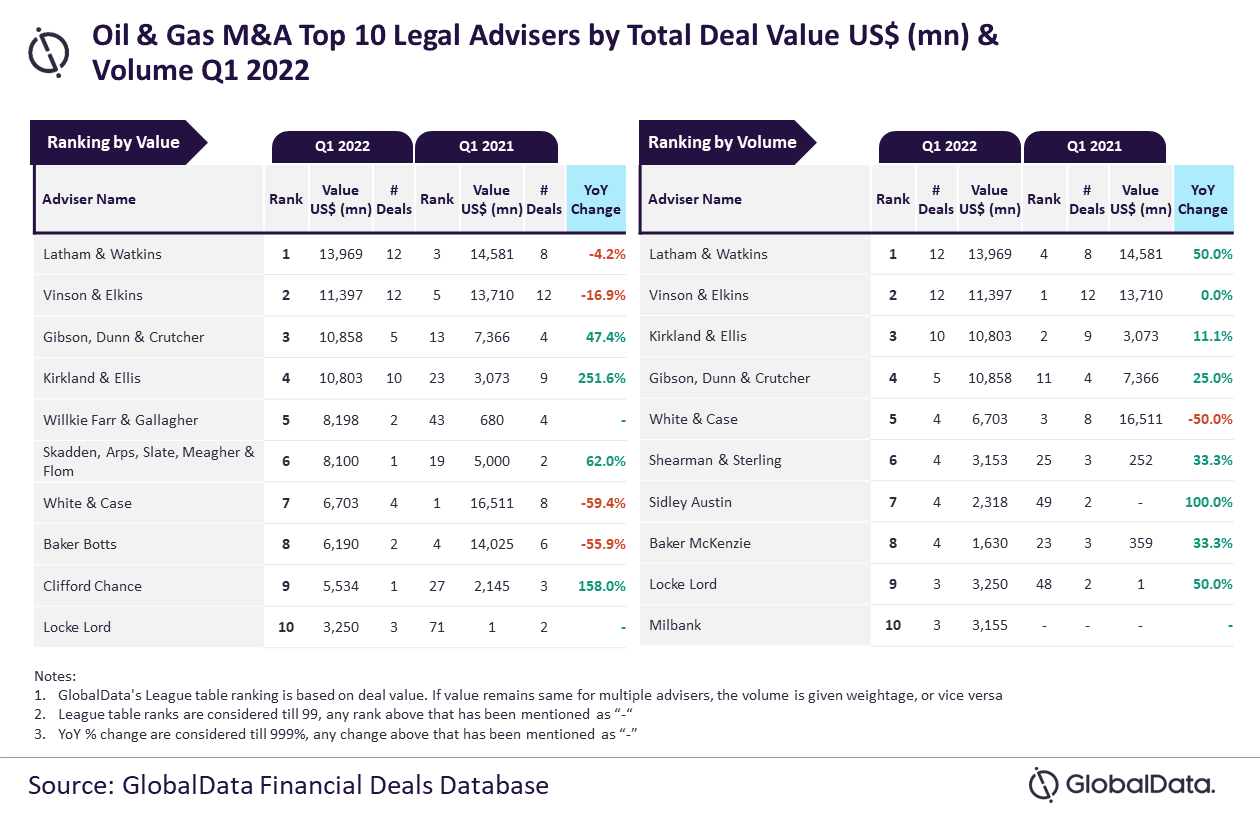