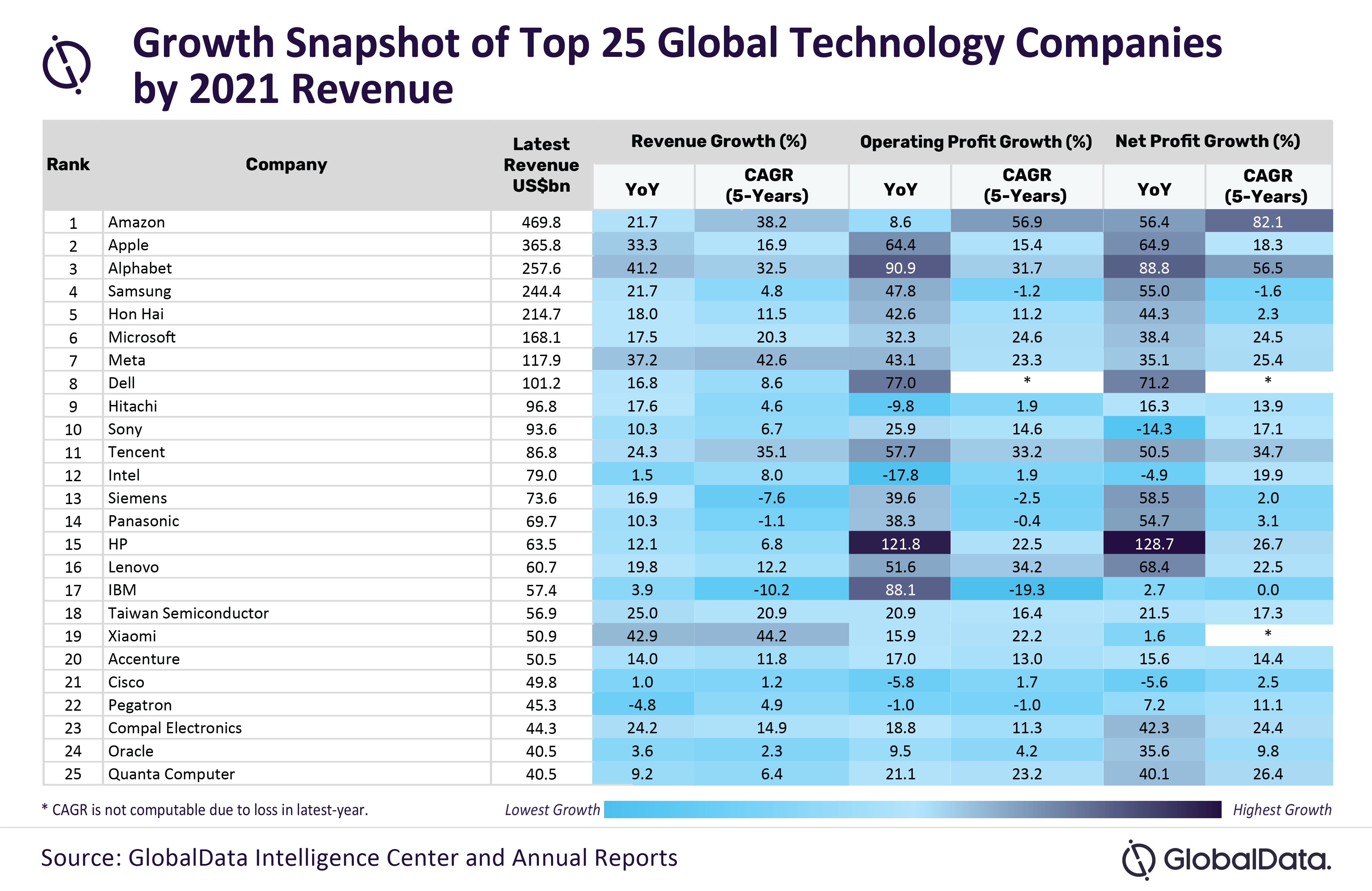 Ragupathy Jayaraman, Business Fundamentals Analyst at GlobalData, comments: “The COVID-19 pandemic accelerated the digitalization trend and many of the top 25 tech firms reaped the benefits of it. The three major cloud infrastructure providers—Amazon Web Services (AWS), Microsoft and Google Cloud—all reported over 35% YoY growth in their cloud revenue in FY2021.”

In the digital advertisement space, Alphabet, Meta and Tencent all reported over 20% YoY revenue growth and a compound annual growth rate (CAGR) of more than 30% during 2017–2021.

Meanwhile, smartphone makers Apple and Xiaomi both reported a double-digit YoY increase and a five-year CAGR in revenue. Apple’s revenue growth was primarily due to increased sales from its recent iPhone models, whereas Xiaomi’s sales largely benefited from increased smartphone shipments globally.

Pegatron was the only major company that reported a 4.8% revenue decline due to weak demand in its computing and consumer electronic segments during Q2 and Q3 2021.

HP and Alphabet both posted more than 90% YoY growth in operating profit and a double-digit CAGR during 2017–2021. HP’s increase in net revenue was driven by remote work and learning during the pandemic, which helped the company to offset higher costs including commodity costs and selling, general, and administrative expenses. Alphabet’s strong revenue growth coupled with a $2.6 billion decline in a depreciation expense resulted in its operating profit.

Jayaraman adds: “In terms of profitability, 80% of the top 25 technology companies by revenue reported more than 10% growth in their net profit. HP was the only company that reported triple digit YoY growth in its net profit in FY2021. The company’s increase in net earnings was due to a robust revenue performance along with favorable pricing including lower promotions and foreign currency impacts.”