Rothschild & Co was the top mergers and acquisitions (M&A) financial adviser in the South & Central America region for H1 2022 both by value and volume, according to the latest Financial Advisers League Table by GlobalData, a leading data and analytics company.

According to GlobalData’s report, ‘Global and South & Central America M&A Report Financial Adviser League Tables H1 2022’, a total of 587 M&A deals worth $40 billion were announced in the region during H1 2022.

Aurojyoti Bose, Lead Analyst at GlobalData, comments: “While none of the advisers involved in the M&A transactions in South & Central America managed to register double-digit deal volume, only two managed to register volume growth. In fact, Rothschild & Co was among the only two advisers to showcase volume growth. It also witnessed growth in deal value and was the only firm to advise on three billion-dollar deals (≥ $1 billion) during H1 2022.” 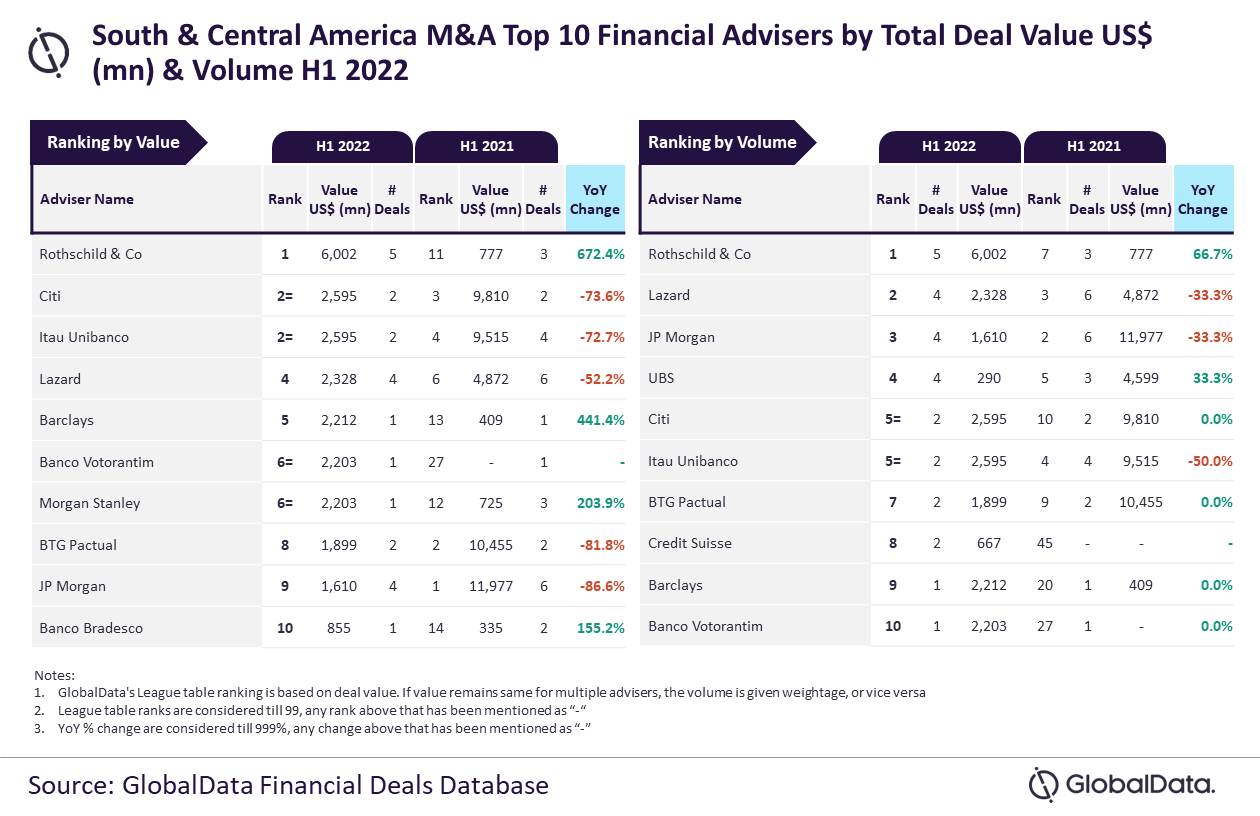 An analysis of GlobalData’s Financial Deals Database reveals that Citi occupied the second position by value, by advising on $2.6 billion worth of deals, followed by Itau Unibanco with $2.6 billion, Lazard with $2.3 billion, and Barclays with $2.2 billion.