Domino’s failure to step into the Italian market exposes gap in its localization strategy, says GlobalData

Domino’s Italian franchisee, EPizza, filed for bankruptcy in July 2022, effectively ending the company’s pursuit to expand its presence in the country. GlobalData notes that despite a sizeable investment to localize its menu, Domino’s failed to recognize the local landscape and was unable to compete with smaller Mom and Pop businesses, which accounted for 72.6%** of the quick-service restaurants (QSR) channel in Italy in 2021 and boast low-priced, high quality menu items.

The leading data and analytics company notes that the company’s growth was slower than expected since it entered the Italian market in 2015 and peaked at over 100 branches, but by 2022 was left with only 29, partially due to the pandemic, but its long-term localisation strategy was the ultimate flaw.

Ramsey Baghdadi, Consumer Analyst at GlobalData, comments: “As the company’s strategy lacked affordable pricing to match the local business and the ability to adapt quickly to changing consumer behavior, this clearly shows a flaw in its plan to localize its menu to meet demands from Italian consumers.” 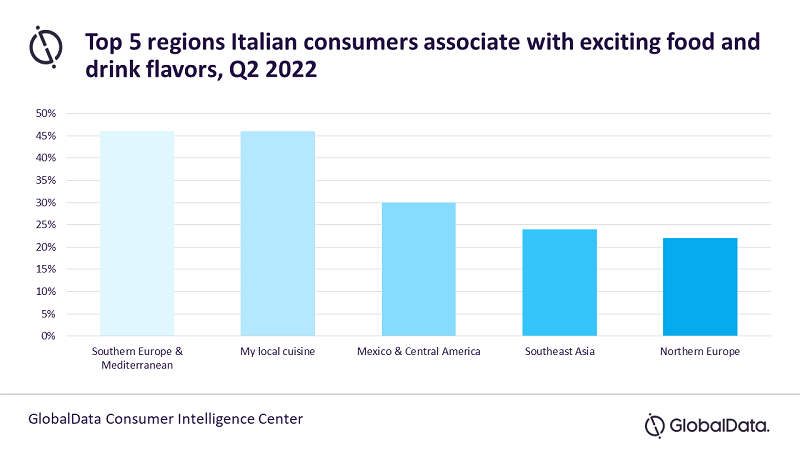 According to GlobalData’s latest survey, almost half (45%)* of Italian consumers prefer local cuisine. Therefore, consumers in Italy are more likely to try menu items that have locally sourced ingredients and local flavors, instead of American-inspired creations such as the Hawaiian. This proves further that authenticity and connoisseurship play a big part in where Italian consumers decide to eat.

Affordability was also a driving factor in consumer decision making, not just product quality. GlobalData’s survey also revealed that over half (55%)* of Italian consumers are extremely or somewhat concerned about their financial situation due to COVID-19.

Baghdadi continues: “Fellow international businesses originating in the US such as McDonald’s took a long time to make an impression in Italy. Foodservice providers that specialise in regional favorites such as Starbucks coffee have yet to make a demanding presence. It is clear that this falls down to the failure to develop a value proposition that beats local independent businesses in both quality and value.”

Visits to QSRs in Italy are driven by convenience and the availability of superior taste or quality. Menus featuring healthy, nutritious, and value-for-money options are other important factors for frequent visitors to the QSR channel.  Independent outlets prove to be most prominent in the channel, accounting for close to 3/4 of the Italian market; shopping arcade establishments are most popular, followed by standalone outlets**.

Baghdadi adds: “The rapid change in consumer behavior after returning to on-the-go lifestyles and cutting down on online delivery was the last blow for Domino’s in the ongoing battle to expand its presence in Italy. However, the lack of a well-executed localisation strategy throughout the process was the knockout punch.”

*GlobalData’s 2022 Q2 UK Consumer Survey, June 2022, Sample Size 553 Respondents, 55% of respondents are ‘extremely’ or ‘quite’ concerned about their financial situation;

FIFA sponsors will be forced to quick-change towards non-alcoholic beverages, says GlobalData
Deliveroo’s Australian exit calls for modernization in the food delivery sector, says GlobalData
Alcoholic drinks promotions at restaurants and pubs may not be the way to increase profits amid cost-of-living crisis, says GlobalData