Asia is set to lead the global xylene industry capacity additions from new-build and expansion projects with a share of 85% between 2022 and 2026, forecasts GlobalData, a leading data and analytics company.

GlobalData’s latest report, ‘Xylene Industry Installed Capacity and Capital Expenditure (CapEx) Forecast by Region and Countries including details of All Active Plants, Planned and Announced Projects, 2022-2026’, reveals that the total xylene capacity of new-build and expansion projects in Asia is expected to be 33.26 million tons per annum (mtpa) through 2026. 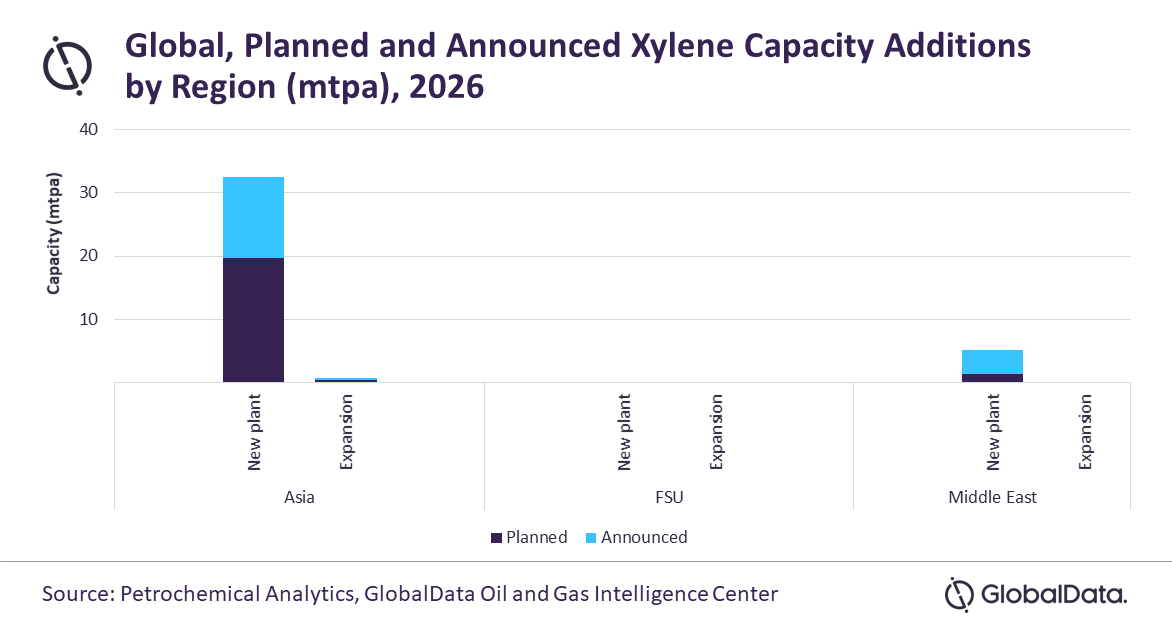 China, South Korea, India, Japan, and Taiwan will be the major countries in Asia in terms of xylene capacity. In 2021, Honeywell UOP Xylene Technology was the dominant technology used for xylene production in the region.