The diagnosed prevalent cases of diabetic macular edema (DME) in the seven major markets (*7MM) are projected to increase from 1.7 million cases in 2021 to 2 million in 2031, equating to an annual growth rate (AGR) of 1.66%, according to GlobalData, a leading data and analytics company.

DME is a condition characterized by the thickening and swelling (edema) of the macula and is often a complication of diabetic retinopathy (DR). It is the most common cause of vision loss in patients affected by diabetes mellitus, especially if left untreated.

GlobalData’s latest report, ‘Diabetic Macular Edema Epidemiology Analysis and Forecast, 2021-2031’, reveals that in 2031, the US is predicted to have the highest number of diagnosed prevalent cases of diabetic macular edema in the 7MM at 0.5 million, whereas France, with nearly 0.17 million cases, will have the lowest number. 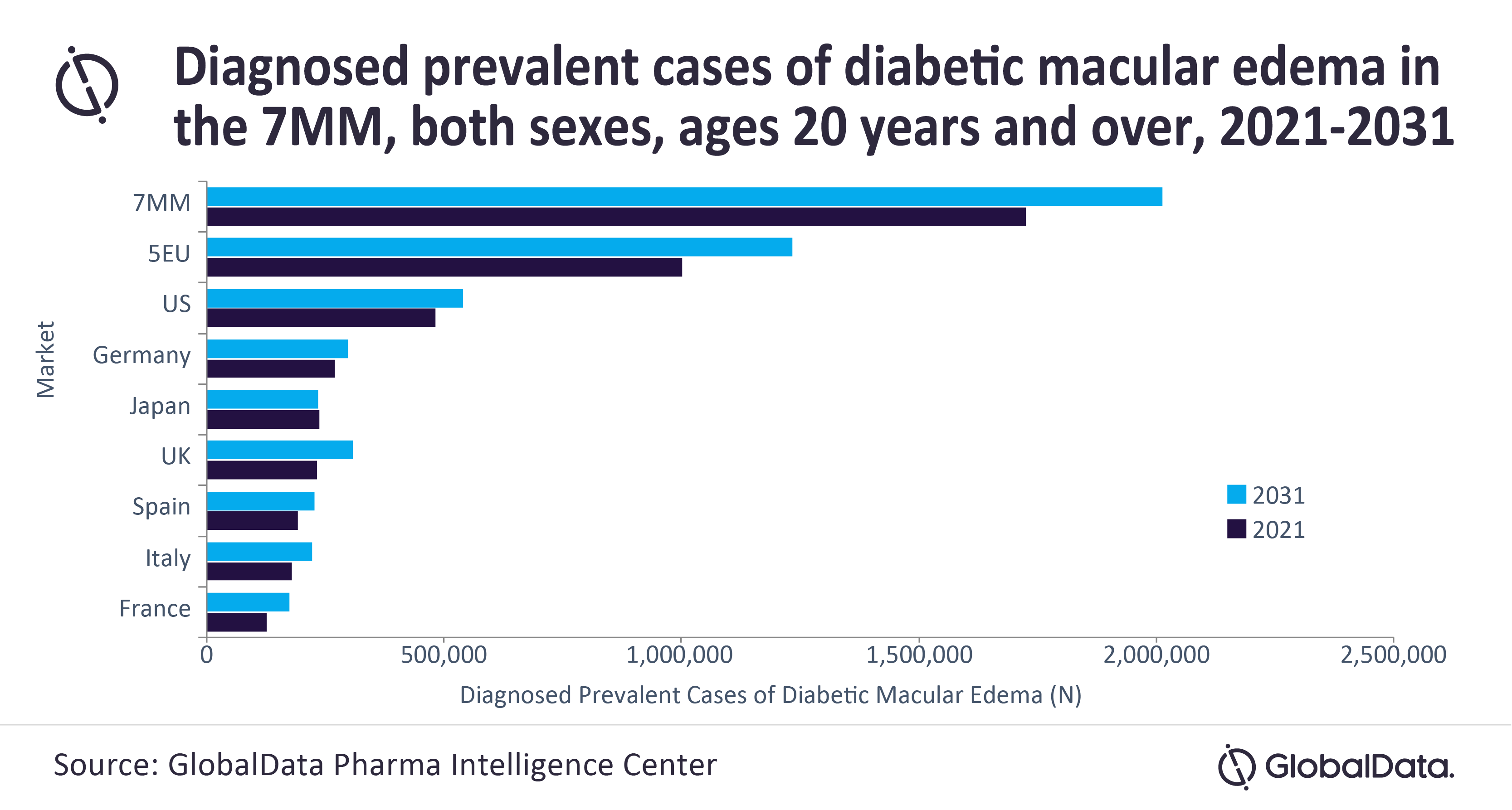 Bharti Prabhakar, MPH, Associate Project Manager at GlobalData, comments: “Diabetes and consequently DME is more common in older age groups, which accounts for most of the increased prevalence in later decades. Given the high utilization of healthcare resources and costs accrued by DME, the condition poses a significant burden on the healthcare system.”

Prabhakar adds: “The social and economic burden of DME mainly results from the loss of workdays for patients, lost productivity for patients’ employers, and the difficulties incurred by family members attending to those who are affected. As age increases, the burden of the disease also increases.

“The functional impairment caused by DME increases with the severity of the condition, with blindness being the worst manifestation. The scarcity of DME epidemiological data, coupled with the alarming rise in the global diabetes population, suggests the need for coordinated efforts for consistent data capture to fully understand the epidemiology, as well as the economic and human burden of DME.”