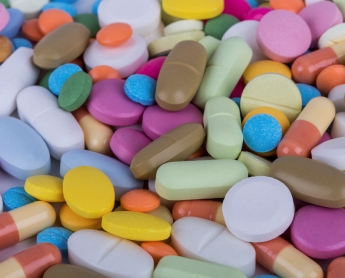 Following the announcement that the FDA have accepted Merck KGaA’s resubmitted application for Mavenclad, seven years after the original application, Rahael Maladwala, Pharma Analyst at GlobalData, a leading data and analytics company, offers his view on the company’s current progress:

“Merck KGaA have placed themselves in a strong position in the multiple sclerosis market with the expected approval of Mavenclad in the US within the next 12 months. The drug has demonstrated good efficacy, compared to other rival treatments, and while there are still a relatively higher incidence of adverse events compared to other drugs on the market, major safety concerns with the drug have been eased by studies carried out over the last five years.

“Merck KGaA originally submitted Mavenclad (cladribine) tablets to the FDA for review in 2011, for the treatment of relapsing forms of multiple sclerosis. However they received a complete response letter (CRL) stating a need for new studies looking into the safety of the drug.

“Initially, Merck KGaA decided to terminate the drug in multiple sclerosis development and focus on other indications such as hairy cell leukaemia and B cell chronic lymphocytic leukemia (CLL). However, development for multiple sclerosis was picked up in 2015 and safety studies have since been completed and as such, the drug was launched in Europe in September 2017. GlobalData expects the drug to launch in the US in Q3 2019.”

While the drug is already approved in 38 counties globally, the US is by far the biggest pharmaceutical market and approval will considerably boost sales for Merck KGaA. The global multiple sclerosis market was worth an estimated $19.1bn in 2016, with approximately 77% of those sales from US drug sales, according to GlobalData’s ‘PharmaPoint: Multiple Sclerosis‘ report.

“Despite previous setbacks, Mavenclad experienced a strong uptake in Europe upon approval, which was mainly down to strong efficacy data in their late stage clinical trial and its follow up, ‘CLARITY’ and ‘CLARITY EXTENSION’. The company hopes that this uptake can be replicated in the US and Mavenclad can establish itself as a key treatment for relapsing forms of multiple sclerosis.

“However, in order to achieve this it is likely the company will need to run post-marketing studies to ease other safety concerns physicians may have. The CRL was originally issued over fears on increased risk of patients developing cancer, these have since been addressed but there remain a high proportion of other, less serious, adverse events in patients that Merck KGaA would need to look at.

“The future looks bright for the company; it has another small molecule, evobrutinib, under development for the treatment of multiple sclerosis. If they can successfully bring that drug to market and implement a market access strategy that gives Mavenclad a US uptake similar to that of Europe, they will cement themselves as key players in the multiple sclerosis market for the foreseeable future.”