Metaverse, an evolution of Internet, is poised to change how people work, play, shop or interact in a virtual space. Beyond tech companies, the race is heating up among global brands from other industries such as fashion, FMCG and automotive to adopt metaverse, as industry leaders see the virtual realm as a key to the Internet’s next phase. Against this backdrop, discussions among Twitter influencers and Redditors related to metaverse in 2021 have witnessed a sharp upward trend since the beginning of the third quarter (Q3) 2021, on the Social Media Analytics (SMA) Platform of GlobalData, a leading data and analytics company. 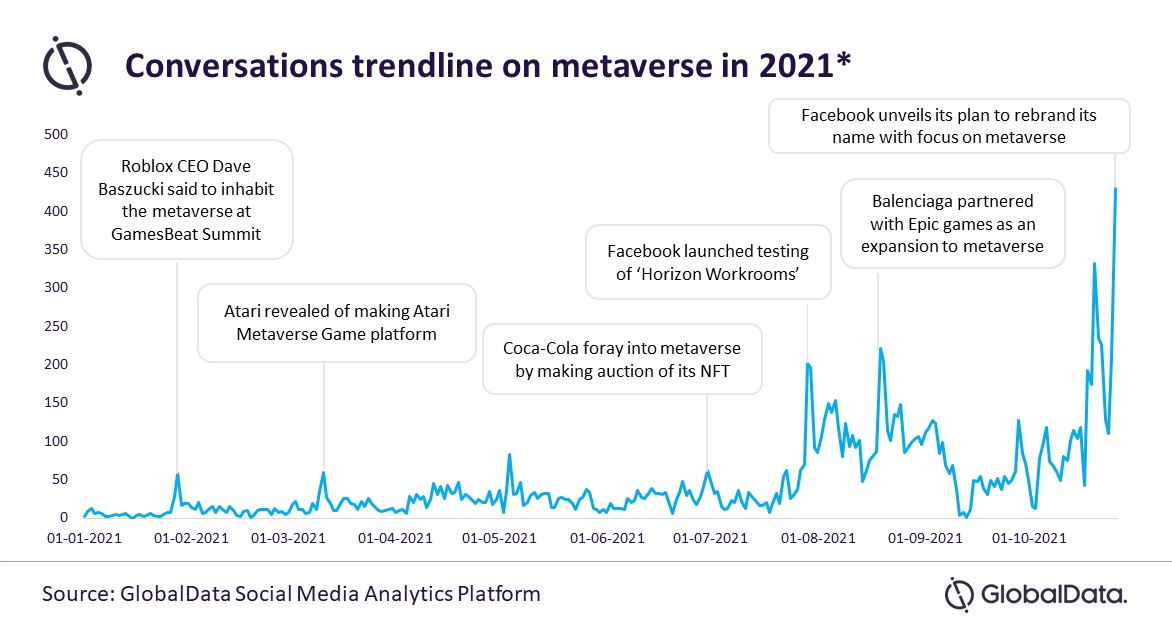 The highest surge in discussions around ‘metaverse’ was noticed in the third week of October, when Facebook announced to rebrand itself with a metaverse focus and on 28 October, the company unveiled its new name as ‘Meta’. Facebook also launched a test of a new virtual-reality remote work app “Horizon Workrooms’ with futuristic concept ‘metaverse’ in August, which will be used with Facebook’s Oculus Quest 2.

Smitarani Tripathy, Influencer Analyst at GlobalData, comments: “Influencers’ sentiments were largely positive on Facebook’s announcement to rebrand itself with focus on metaverse as the new name ‘Meta’ is reflecting the company’s commitment in future, highlighting a shift to an emerging computing platform focused on virtual reality. Influencers on Twitter also consider this as a smart move, in line with the company’s ambition to be known far more than just social media.” 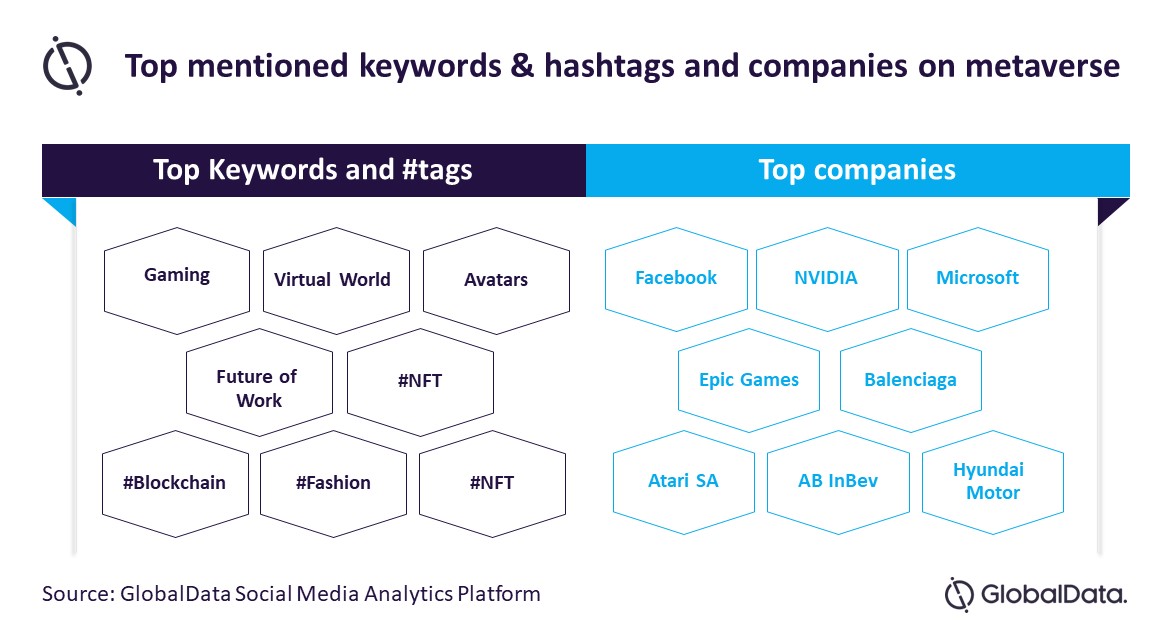 Beyond the technology industry, the metaverse as a concept has penetrated other industries such as fashion, automotive and consumer goods. Top luxury fashion company Balenciaga has partnered with Epic Games, Inc (Epic Games) in September to launch virtual outfits on Fortnite game platform. In October, Dolce & Gabbana launched its own NFT collection on the rise of metaverse.

In FMCG sector, Anheuser–Busch InBev (AB InBev) entered the metaverse in June and auctioned off 50 bundles of branded NFTs. The Coca-Cola Co  also auctioned its first NFTs with metaverse.