Two significant gas projects that are poised to take final investment decisions (FID) in Morocco this year could add 70mmcfd of natural gas to the country’s energy mix in the next five years, supporting its ambition of reducing reliance on coal and costly imports from Algeria, according to GlobalData, a leading data and analytics company.

GlobalData’s latest report, Morocco Exploration & Production, reveals that Morocco is on the brink of unlocking its gas potential – even though the country is not a major producer and imports most of its gas. The country has almost 700bcf of reserves sitting in announced developments.” 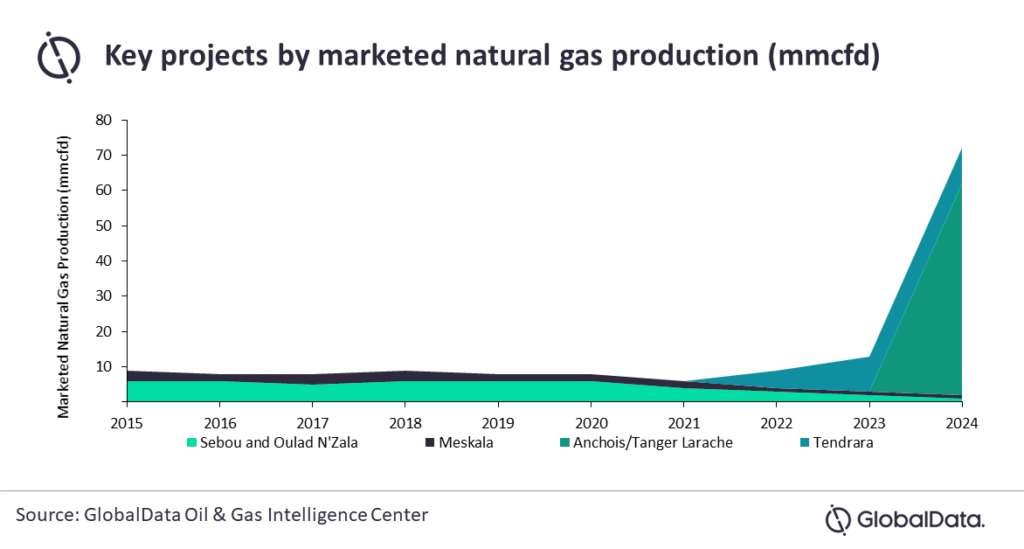 Santiago Varela, Upstream Analyst at GlobalData, comments: “Productive growth is expected to materialize with the launch of the first phase of Tendrara, which expects to provide gas volumes by mid-2022 with a development breakeven price of under $5/mcf. Anchois, discovered in 2009, is expected to produce first gas in 2024 and will be the largest gas development undertaken in Morocco to date, by far. For both projects, the major obstacle is obtaining adequate financing, since neither of the two operators have sufficient funds to undertake these developments alone.”

Anchois operator Chariot Oil & Gas has struggled during recent years to convince investors to support the funding of the Anchois development. However, in the last year, the company successfully reprocessed seismic data that led to an upgrade of 1tcf in recoverable resources. In addition, the company announced the expression of interest of Africa Finance Corporation and a Multinational Investment Bank to finance the project as well as a memorandum of understanding for gas sales with the Moroccan ministry of energy. These latest developments move Morocco ever closer to unlocking its largest gas field, and a final investment decision is poised to be taken this year.”

Santiago continues: “Morocco has failed to develop its major gas discoveries to date, mainly due to the fact that oil has been the preferred resource over gas. But now, with the focus turning to gas, an attractive fiscal framework and strong domestic demand, international operators are pushing hard to develop the country’s resources.”

“Although the economics of Tendrara and Anchois projects looks tempting, it is not yet clear whether the current operators will be able to finalise the necessary funding required to develop the fields. Securing capital is the final roadblock in the path for unlocking the country’s gas resources.”