Following today’s announcement ( Tuesday 22nd May ) that M&S are to close over 100 stores by 2022 as their ‘radical transformation plan continues at pace’,

Maureen Hinton, Group Retail Research Director at GlobalData, a leading data and analytics company, offers an analysis on the challenges ahead for one of UK Retail’s most dominant players;

‘‘Marks & Spencer has dominated the UK clothing market for decades, but its lead as number one is perilously close to being lost to Primark this year.

‘The closure of yet more stores will hasten the decline unless it can shift the lost sales to its online channel and transfer to its other stores. But it also has to start growing total non-food sales to stem the overall decline.

‘‘M&S has been losing share for more than two decades. In 1997 it achieved its peak clothing market share of 13.5% in the UK. Its position seemed unassailable, but since then its market share has been on a declining trend. 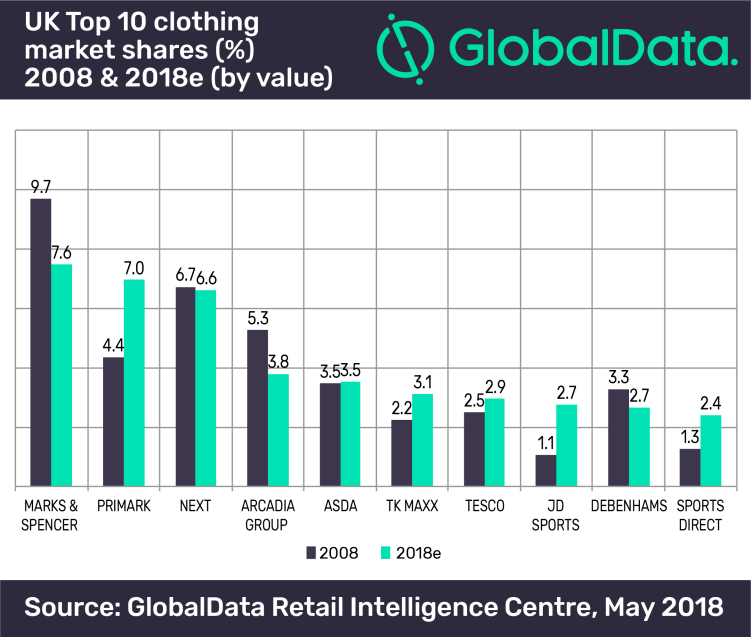 ‘‘In 2018 GlobalData forecasts its shares will be 7.6% in clothing – virtually halving in two decades. This is despite it opening more full line (clothing, home and food) department stores and adding more space during the period. It is now considering closing at least 100 stores (40 more than first announced) and this will reduce its share yet further and faster if it cannot;

1.convert these stores’ lost sales into online sales
2.transfer them to other stores
3.and importantly start to grow its non-food business.

‘‘Over the past decade M&S has lost 2.2ppt market share as it fights to find a relevant offer for the modern consumer. Out of the current Top 20 UK retailers, only the Arcadia Group has lost more share (-3.1ppts) and it sold the BHS chain during this period.

‘‘M&S certainly does not need to have so much space and so many stores to deliver its current non-food revenue (£3.8bn in March 2017 from 303 stores and 11.3 million sq ft of selling space). John Lewis’ 49 stores generate virtually the same revenue with half the space plus its online business.