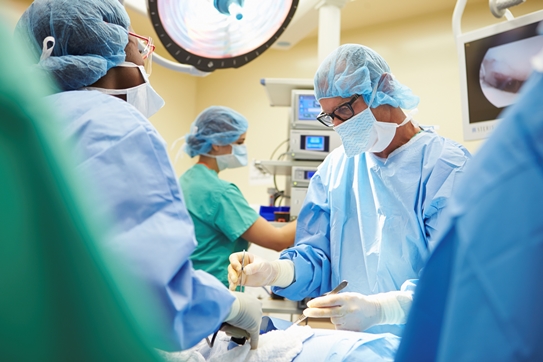 The North American elbow replacement market, which covers Canada, Mexico, and the US, is set to grow from $23 million in 2016 to around $29.5 million by 2023, representing a compound annual growth rate (CAGR) of 3.6%, according to GlobalData, a recognized leader in providing business information and analytics.

The company’s latest report states that this growth will be driven by a growing aging population and rising prevalence of diseases such as osteoarthritis and rheumatoid arthritis, increasingly active lifestyles, and continued effort from manufacturers to promote and educate patients and surgeons about extremity implants. The US will be responsible for the vast majority of sales throughout the forecast period, rising from $18.6 million in 2016 to $24.0 million in 2023 at a CAGR of 3.7%.

Tobe Madu, MSc, Healthcare Analyst for GlobalData, explains: “There has been a steady adoption of elbow replacement procedures due to demographic and lifestyle changes. However, the elbow still accounts for a relatively small portion of the orthopedics market, as major orthopedic companies have historically chosen to focus on more lucrative hip, knee, and shoulder implants.

“This phenomenon is expected to continue into the forecast period, as there is presently no technological trend or outstanding innovation that could preferentially favor the elbow joint.”

Average selling prices for elbow replacement implants are expected to continue declining across North America due to heightened competitive pressures and shrinking reimbursement. However, GlobalData believes that revenue from increased procedure volume will make up for this loss.

Most of the elbow replacement market is occupied by a few players, including Wright Medical, Stryker, Zimmer Biomet, and Integra LifeSciences. These companies are dominant players in the medical device industry with significant clinical research data driving product adoption, and expansive sales and distribution networks. Elbow prostheses tend to be loss-leaders or barely profitable, and therefore market share is expected to sway towards larger companies with ample financial resources to weather any losses.

Madu concludes: “Results from long-term clinical research trials on existing prostheses will determine which companies gain or lose market share, and as more data emerges on existing solutions, it is likely that a winner-takes-all scenario will occur, in which the best-performing implant will possess a disproportionately larger portion of the market.”