Oil and gas edged past technology and communication to emerge as the top sector in the Forbes 2019 list of world’s largest public companies with a 16.2% year-on-year (YoY) growth in revenue generation, according to GlobalData, a leading data and analytics company.

GlobalData analyzed the YoY change in sales and profits of the top 10 sectors by sales and the geographical spread of Forbes Global 2000 largest public companies and normalized into appropriate sectors. 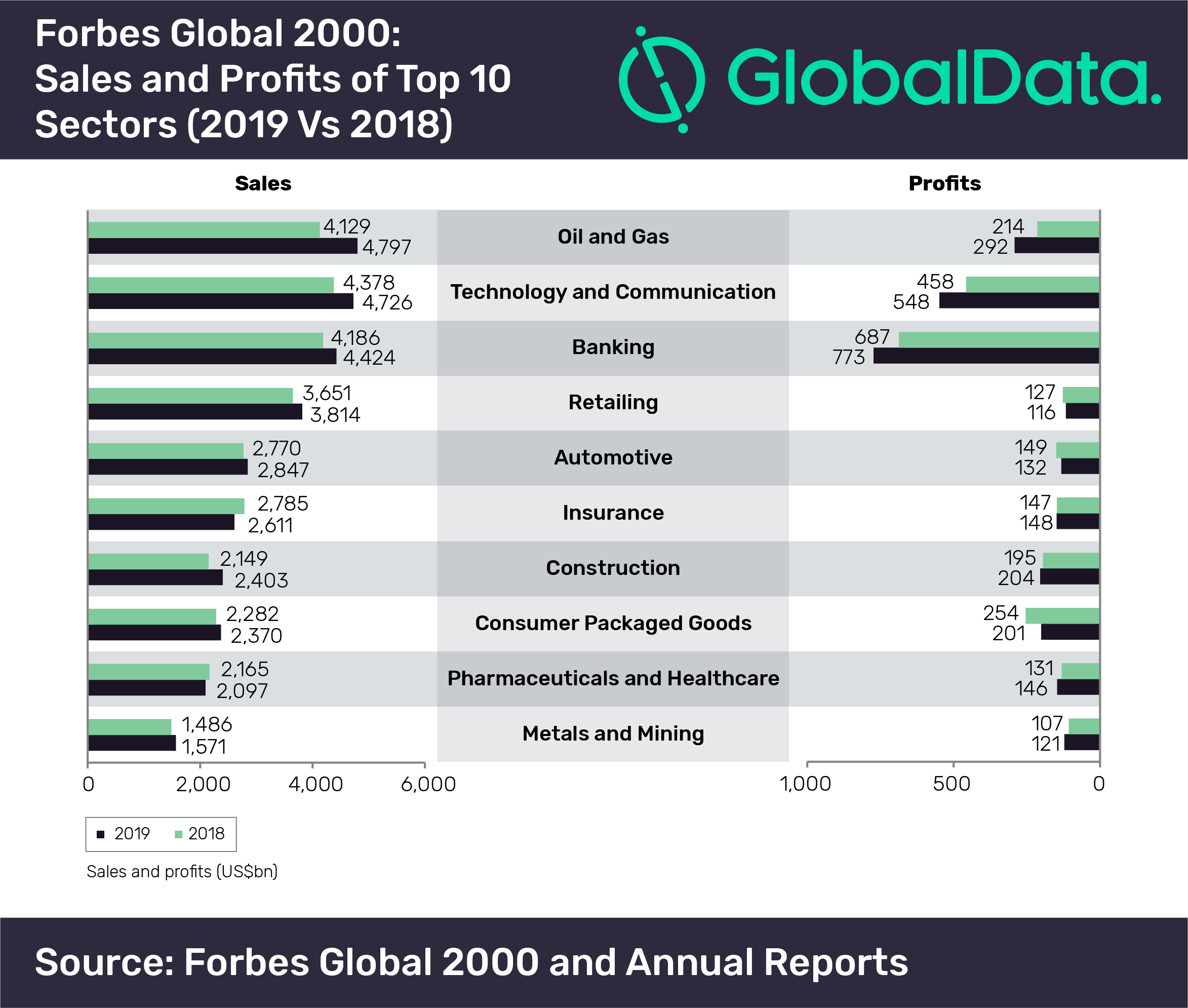 Parth Vala, Company Profiles Analyst at GlobalData, says: “The Declaration of Cooperation between OPEC member countries and 11 non-OPEC oil producing countries on 30 November 2017 for voluntary production adjustments to about 1.8 million barrels per day during 2018 had a positive impact on the oil and gas sector.”
Construction sector also witnessed sales growth due to large-scale investment in infrastructure projects, increased demand for housing and government initiatives to invest and expand road, rail and airport infrastructure projects in China.

Pharmaceuticals and healthcare, and insurance were the two sectors in the top 10 list to report sales decline.

Vala adds: “The price deflation due to generic drug competition dented the pharmaceuticals and healthcare sector. Insurance sector sales were impacted by Brexit, changes in insurance tariff across geographies and contraction in theworld’s second largest life insurance market, China, due to strict supervision on insurance intermediaries selling wealth management products by the regulator, The China Banking and Insurance Regulatory Commission.”

Automotive, retailing and consumer packaged goods were the sectors in the top 10 list, which reported decline in their profits. Oil and gas was the major gainer with a profit growth rate of 36.3%, followed by technology and communication (19.8%), metals and mining (13.6%), banking (12.6%) and pharmaceuticals and healthcare (11.8%). 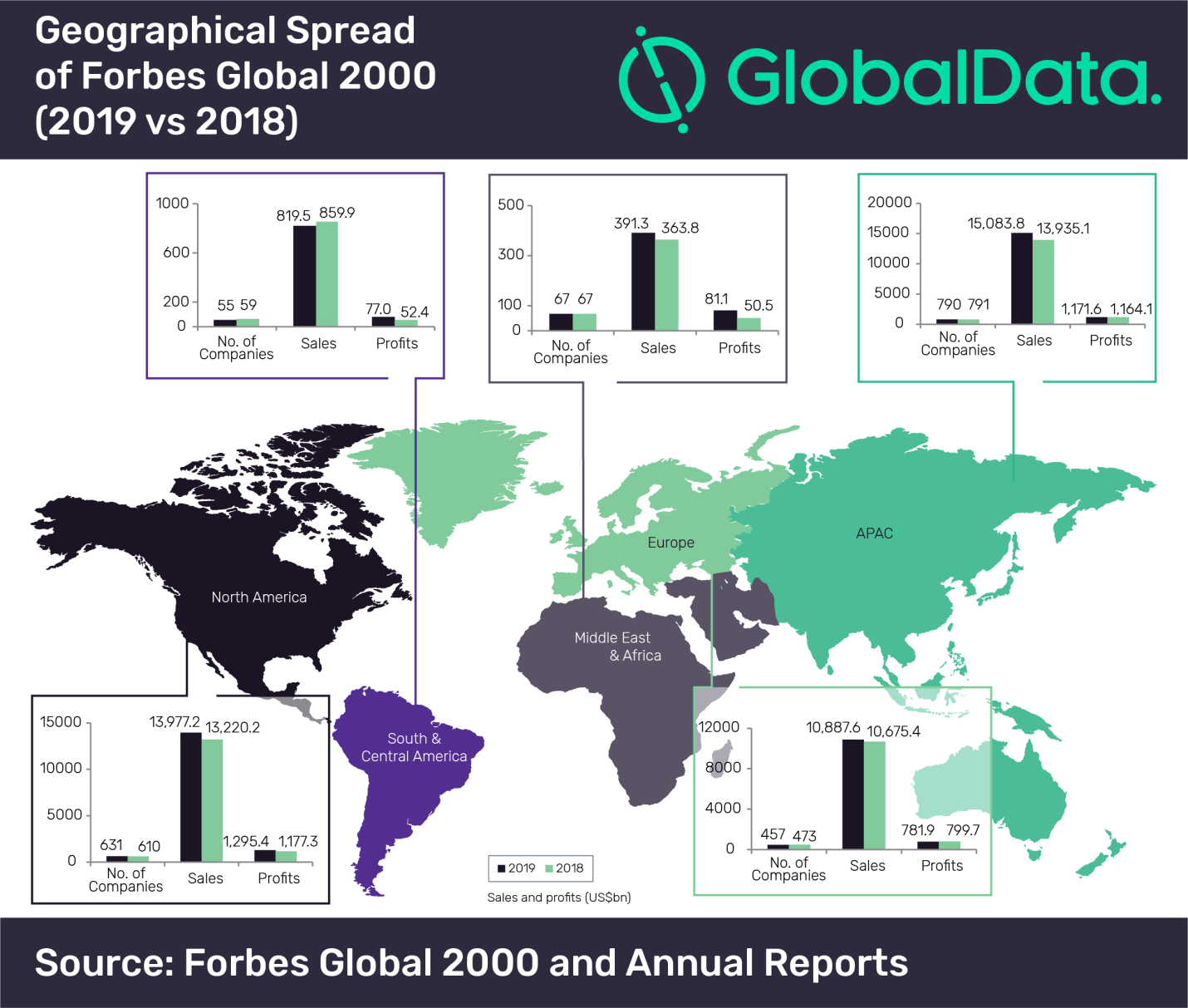 APAC reported highest sales growth of 8.2%, followed by the Middle East and Africa (7.5%), North America (5.7%) and Europe (2%). The sales growth in APAC was supported by rapid urbanization, stable economic growth, structural reforms and increasing millennials. The Middle East and Africa reported highest profit growth of 60.4% on the back of strong performance of the oil and gas sector, followed by South and Central America (47.1%).