The annual power consumption in the Philippines is expected to grow at a compound annual growth rate (CAGR) of 5.8% from 82.5TWh in 2020 to 145.1TWh by 2030. To fulfill its growing power demand, the Philippines government plans to increase its total installed power capacity from 27.6GW in 2020 to 58.4GW in 2030. With no plans for nuclear power development and limited potential of hydropower development, most of the installed capacity is expected to be sourced from thermal power and renewable (excluding hydro) power, says GlobalData, a leading data and analytics company. 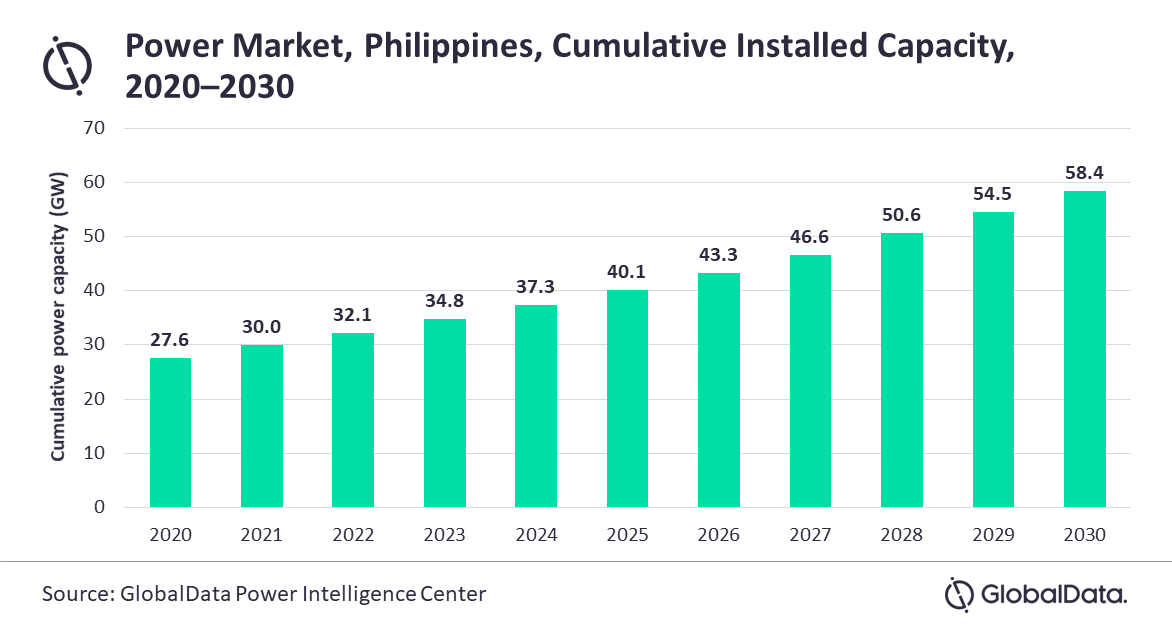 Aditya Sharma, Power Analyst at GlobalData, comments: “By 2030, the power demand in the country is going to increase significantly. This demand is expected to be driven by multiple factors including the rapid industrial growth and increased residential power demand. Further, with government implementing plans like Total Electrification Program (TEP) for total electrification by 2022, the electrification rate in the country is going to increase. Since, Philippines does not import electricity, it needs to rapidly develop its total power capacity to sustain this growing power demand.

“The government plans to rapidly increase its solar PV deployment, which will help to reach its target capacity of 15.3GW by 2030 as per National Renewable Energy Program (NREP) 2018-2030. It will also help the country to keep checks on its growing carbon emission. GlobalData estimates that the Philippines will increase its solar PV capacity from 2.16GW in 2020 to 15.29GW in 2030. Even under its new Philippine Energy Plan (PEP) 2018–2040, the government has announced its NREP 2020-2040 (draft), where it plans to add 11,070MW of new solar capacity.”