Russia emerges in autonomous vehicles sector, which will produce more than three million units a year by 2028, says GlobalData

05 Sep 2019
Russia emerges in autonomous vehicles sector, which will produce more than three million units a year by 2028, says GlobalData

As the automotive industry increasingly gears up for a high-tech future that is heading in the direction of automated and driverless vehicles, Russian companies are emerging with relevant technologies and strategies, says GlobalData, a leading data and analytics company.

David Leggett, Automotive Editor at GlobalData, comments: “According to GlobalData forecasts, Society of Automotive Engineering (SAE) Level 3 and Level 4 automated light vehicles will see a big rise in volumes over the next decade so that they account for over three million units of annual production by 2028. Companies need to be developing and testing the relevant technologies now to be competitive and participate in the market for these vehicles as it develops.” 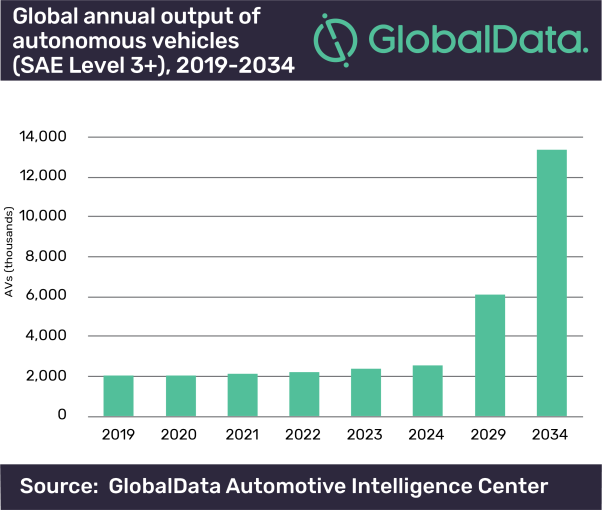 Russia is an emerging market that is seeing major difficulties currently, with its economy and vehicle demand depressed. However, it is also a country with advanced technological capabilities – particularly evident in its aerospace and very well-funded defence sectors. Some of these technical capabilities are also becoming increasingly visible in the automotive sector.

Internet services firm Yandex (Russia’s Google) is planning to boost its fleet of self-driving cars to more than 1,000 units over the next few years to speed up tests on the new technology. Korean car parts giant Hyundai Mobis and Russia-based tech developer Cognitive Pilot have announced the completion of a software module for active safety and autonomous driving. The module is described as suitable for automated SAE Levels 3 and 4 application.

Leggett continues: “Russia’s automotive sector is developing its capabilities in emerging and advanced technologies, sometimes a little off the radar. In the race to develop autonomous vehicles, Russian companies could yet turn out to be significant players.”