Solar PV installations to grow by over fourfold in Australia by 2030, says GlobalData

10 May 2021
Solar PV installations to grow by over fourfold in Australia by 2030, says GlobalData

Aditya Sharma, Power Analyst at GlobalData, comments: “Australia plans to compensate the decline in thermal and hydropower capacity with renewable power capacity growth. By 2030, the share of renewable power capacity is set to reach 69.9%, driven mostly by solar PV installations. The growth of solar PV in Australia is driven by frequent renewable energy auctions and offering of feed-in tariffs. In addition to the federal initiatives, all eight provinces offer their own schemes supporting the growth of solar PV. For instance, in Australian Capital Territory, in addition to solar PV auctions, the provincial government also offers interest-free loans for rooftop solar.” 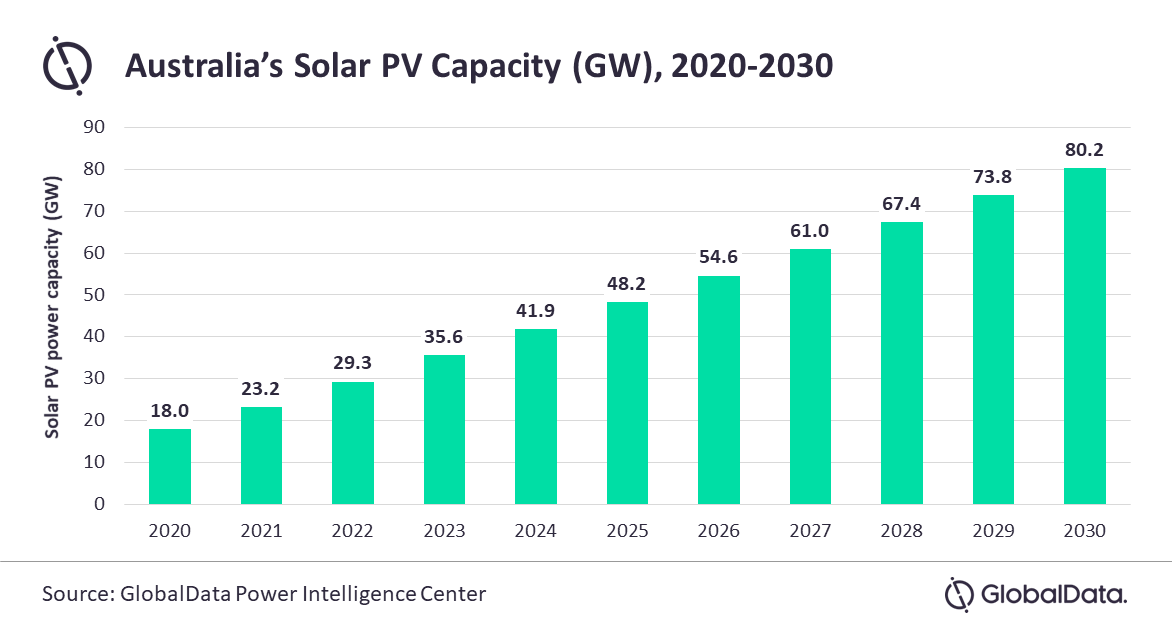 Australia has observed a significant adoption of rooftop solar. One of the primary drivers for this increased deployment is the favorable regulatory regime. Further, the financial incentives offered by the government drives this growth. The rate of adoption for rooftop solar in Australia is higher than the global average. In 2020, despite COVID-19 pandemic, the rooftop PV segment added 2.6 GW capacity to the grid, which is 18% more than the capacity added in 2019.