International departures from China dominate the total outbound travelers from the APAC region; however, South Korea is likely to be a market that is often overlooked by its neighbouring destinations despite all its growing market opportunities. 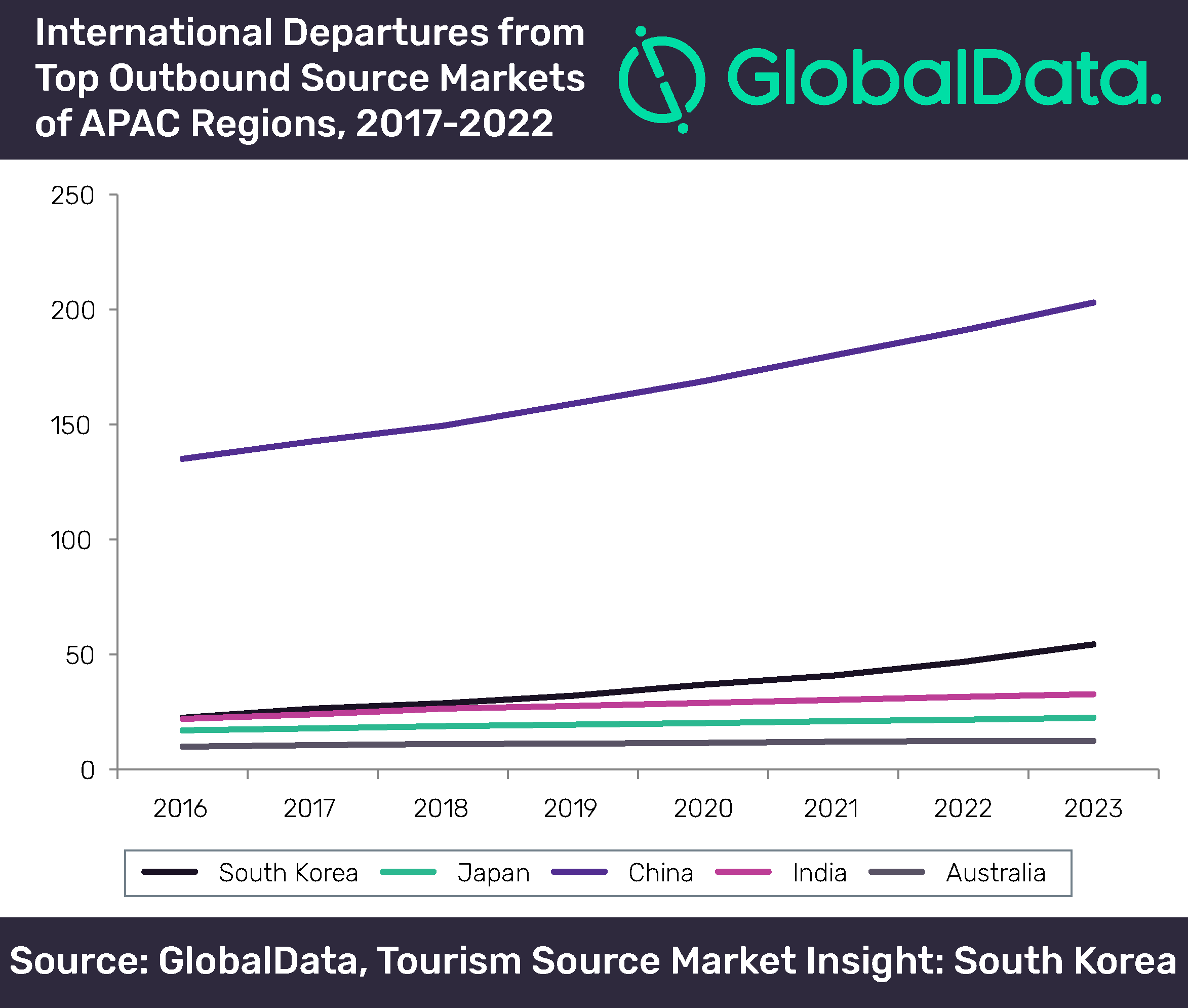 Johanna Bonhill-Smith, Travel and Tourism Analyst at GlobalData, says: “Aided by more free time, an increase in accessibility and a boost in tourism campaigns, this category of travelers is likely to become more valuable and is forecast to reach 54.4million by 2023 with a staggering compound annual growth rate (CAGR) of 14.2% between 2018 and 2023.”

Deeply rooted within Korean culture is a hard-core work ethic that has previously presented challenges for life-satisfaction within the country and work-life balance. Recent government initiatives have led to a decrease in the amount of working hours for Korean citizens allowing more free time, which in turn will have been a significant driver in the growth predicted for outbound trips.

Certain destinations have begun to realize the potential of engaging the South Korean traveler through creation of more targeted content in order to engage this traveler. Vietnam for example have developed tourist services producing more reliable and reasonably priced all-in-one service packages leading to a rise in travel to this destination.
Similar to the global travel industry, as the millennial and generation z population come into play, this will most likely contribute to the growth in outbound travel.

However, according to GlobalData’s consumer survey Q42018, baby boomers and the silent generation are more likely to travel to neighboring countries and different parts of the world in comparison to younger generations. Demographics within the older generations are likely to retire, have higher savings and more time to spare to be able to travel more widely and more frequently.

Potential opportunities to attract this emerging market should look to break the language barrier through offering translations or services within the local language, Korean. One of the most influential ways may also be to engage travel influencers, as South Korea holds one of the highest social media penetration levels globally.