Sweden may achieve 100% electricity generation from renewables by 2040, says GlobalData

Sweden has the potential to achieve 100% electricity generation from renewables by 2040, according to GlobalData. The leading data and analytics company notes that the country is rapidly decommissioning its thermal power plants, and is expected to reduce its cumulative thermal power capacity from 3.2 GW in 2020 to 1.8 GW in 2030.

Rohit Ravetkar, Power Analyst at GlobalData, says: “If Sweden reaches the 1.8 GW forecast and continues thermal power plant decommissions past 2030, the 100% renewables target won’t be too much of a challenge in the following decade. Further, the country will have an easy time meeting its ‘Powering Past Coal Alliance’ obligations to phase out coal by 2030 – seeing as its coal power capacity hasn’t been higher than 1 GW since 2000.”

According to GlobalData’s latest report, ‘Sweden Power Market Outlook to 2030’, the share of thermal power in Sweden’s generation mix is expected to fall to 0.5% in 2030, following the rapid decommissioning of oil- and gas-fired plants.

Ravetkar continues: “Thermal power, especially coal power, has never held major share in Sweden’s power mix. For the last two decades, the country has predominantly relied on hydropower and nuclear power to meet demand. Renewables are expected to represent 41.3% of the country’s generation by 2030, growing at a 7.4% CAGR since 2020.” 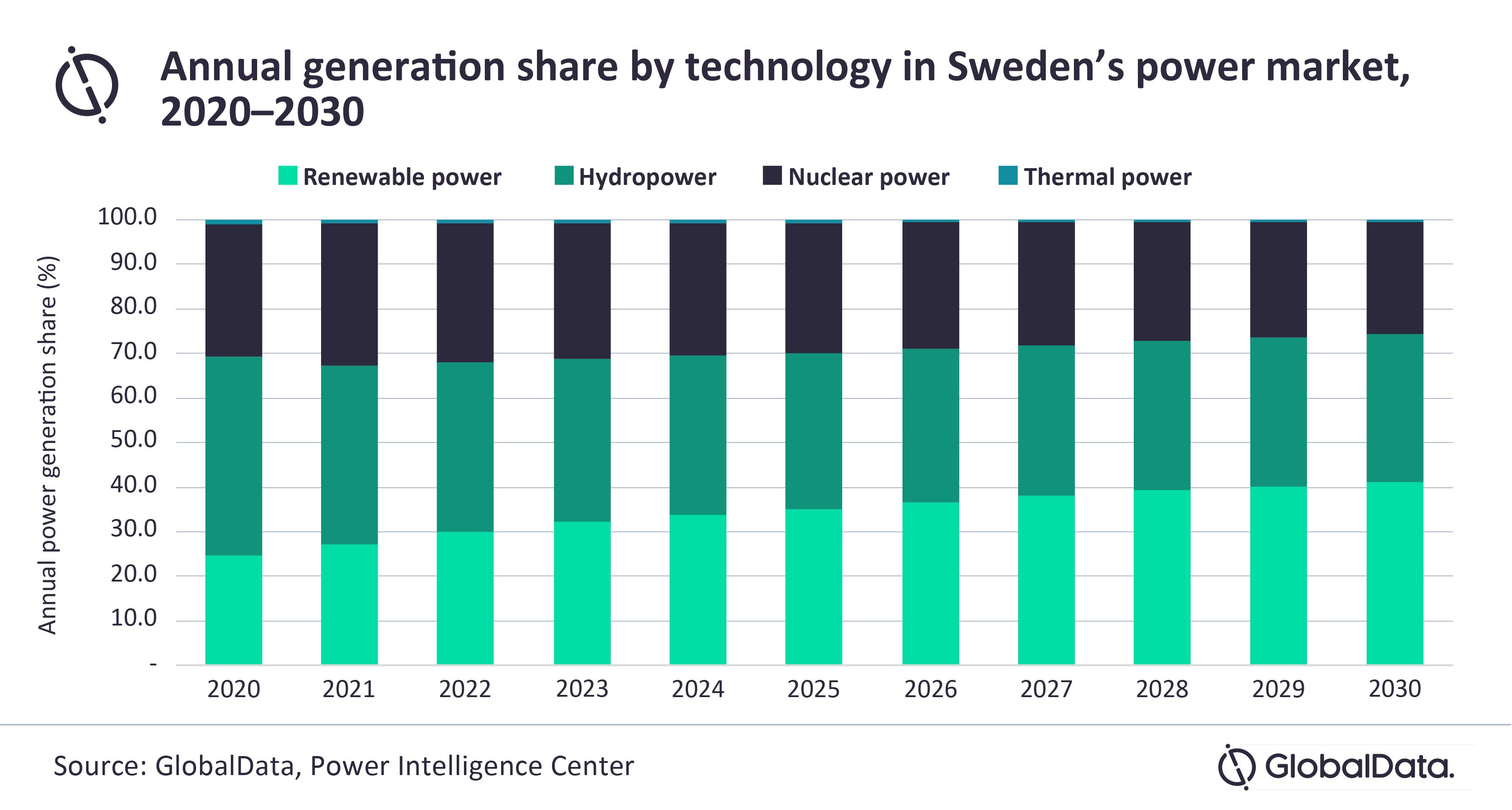 While Sweden does not face any issues with power generation, as its large wind power capacity generates power during peak demand, the country does have an issue with transmission. The majority of its generation sources are located in the north of the country, but there is a lack of transmission grids connecting the north to the south.

Ravetkar adds: “Sweden’s transmission grids desperately need expanding. For this to be achieved, state-owned transmission grid operator Svenska Kraftnät needs to play a major role. Alternatively, or concurrently, the country may need to look towards privatizing the transmission sector to enable rapid growth.”