Tech unicorns are no longer rare, with 2021 being a record year, says GlobalData

The term ‘unicorn’ brings the visage of a rare mythical creature to mind. However, tech unicorns – privately held tech start-ups valued at $1bn or more – are no longer as rare as this name suggests, says GlobalData. The leading data and analytics company notes that, Q2 2021 saw the rise of 128 new tech unicorns – that’s a huge jump if you consider that there were only 20 tech unicorns emerging in Q2 2020.

Swati Verma, Associate Project Manager for the Thematic Team at GlobalData, comments: “Investors are very bullish on the prospects for the tech sector and continue to invest in tech start ups. Tech-focused unicorns dominate the unicorn club.”

GlobalData’s latest thematic report, ‘Thematic Research: Tech unicorns- Top 10 Themes in 2021’, reveals that, as of 31 August 2021, there were 826 unicorns worldwide, 751 of which were tech focused.

Verma continues: “The number of tech unicorns has increased over time. In 2013, there were only 39 start ups that could achieve this benchmark valuation. However, the new and disruptive business models of these businesses have attracted more customers.

“The pandemic caused a slowdown in unicorn creation in early 2020, but 2021 is the strongest year yet. A total of 228 new unicorns were created in the first half of 2021 alone.” 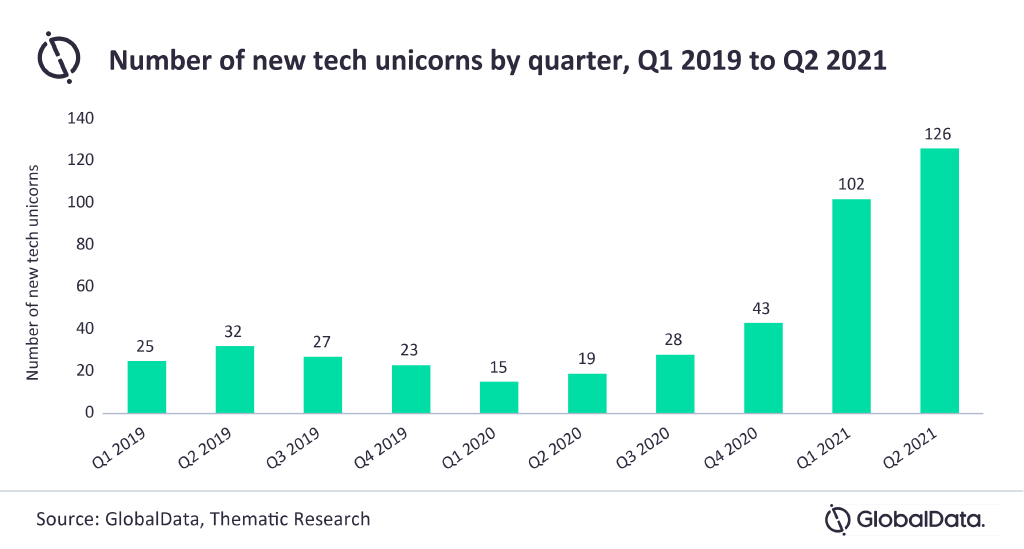 Verma adds: “Tech unicorns aren’t just increasing in number, but we are also seeing an increasing number of high-value unicorns. The aggregate valuation of 751 tech unicorns stood at $2.4 trillion. Further, there are 35 tech unicorns that are valued at $10bn or more, popularly called decacorns. Bytedance is the only unicorn that has achieved a valuation of more than $100bn.” 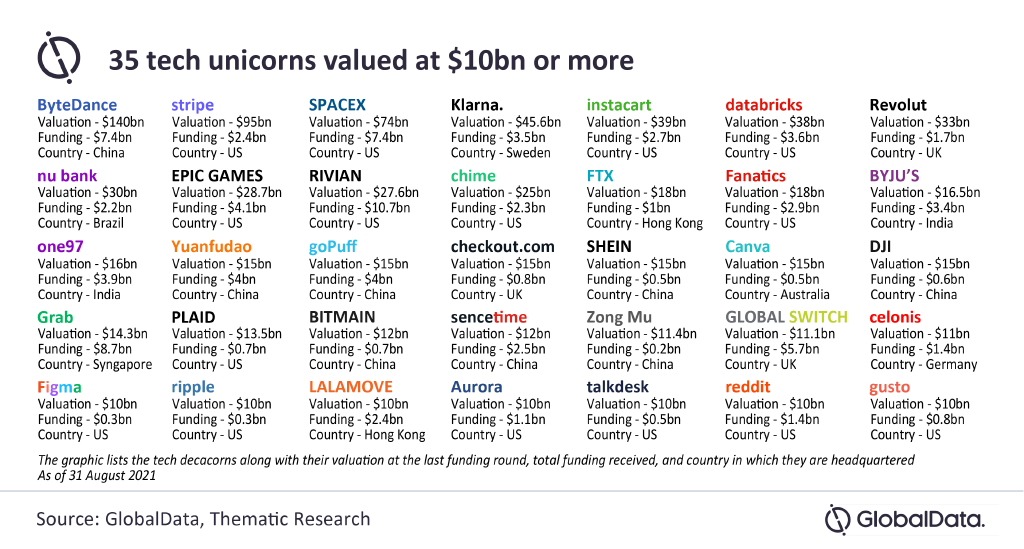