Despite the automotive industry suffering through the challenges brought on by COVID-19, Tesla has defied the odds and continued to hire at a higher rate than average throughout the pandemic. According to GlobalData’s Jobs Analytics database, hiring in the global automotive industry remained mostly flat, with job postings seeing decline in Q2 before showing signs of recovery in Q3 2020. However, Tesla continued to hire in Q1 with only a slight decline in Q2.

David Leggett, Automotive Analyst at GlobalData, comments: “Tesla has been outperforming a sector that has been hit hard by the pandemic. It is growing sales around the world and well placed to benefit from rapidly rising sales of electric vehicles. Crucially, it has a plant in China coming on stream to supply the world’s biggest market.” 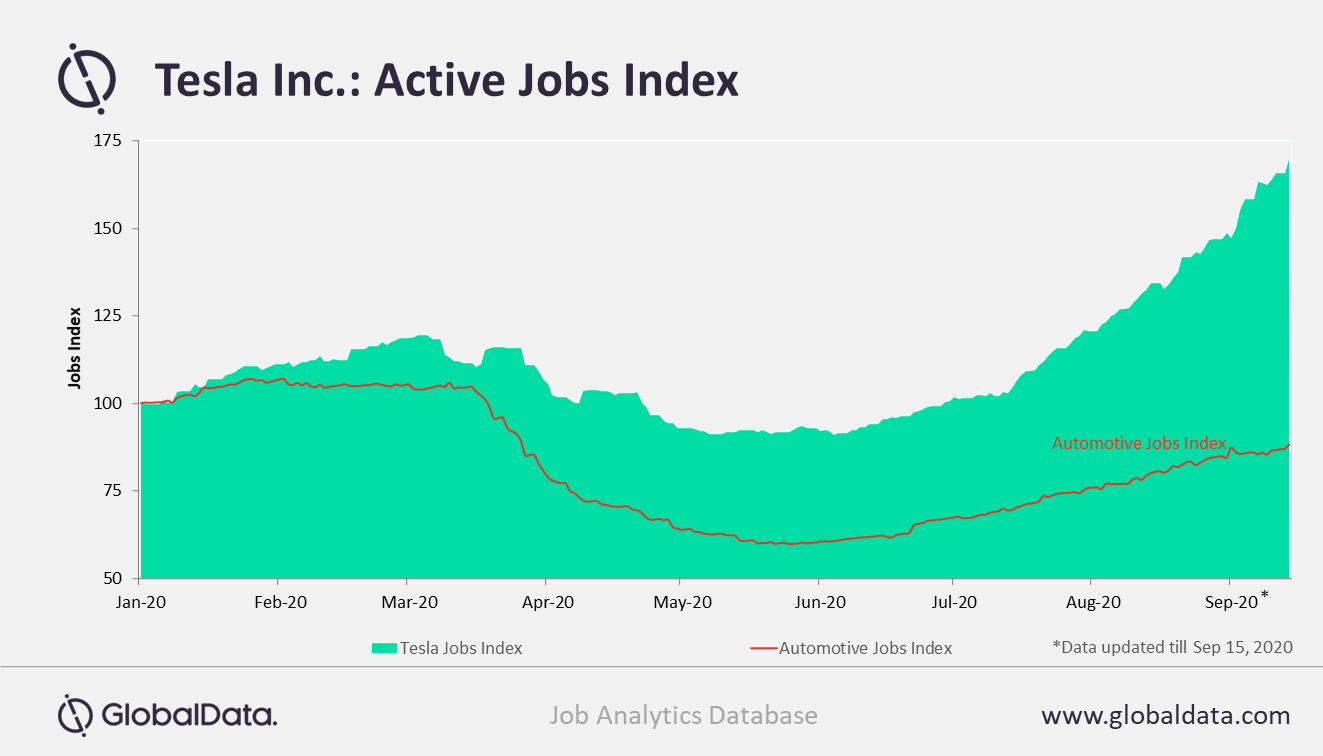 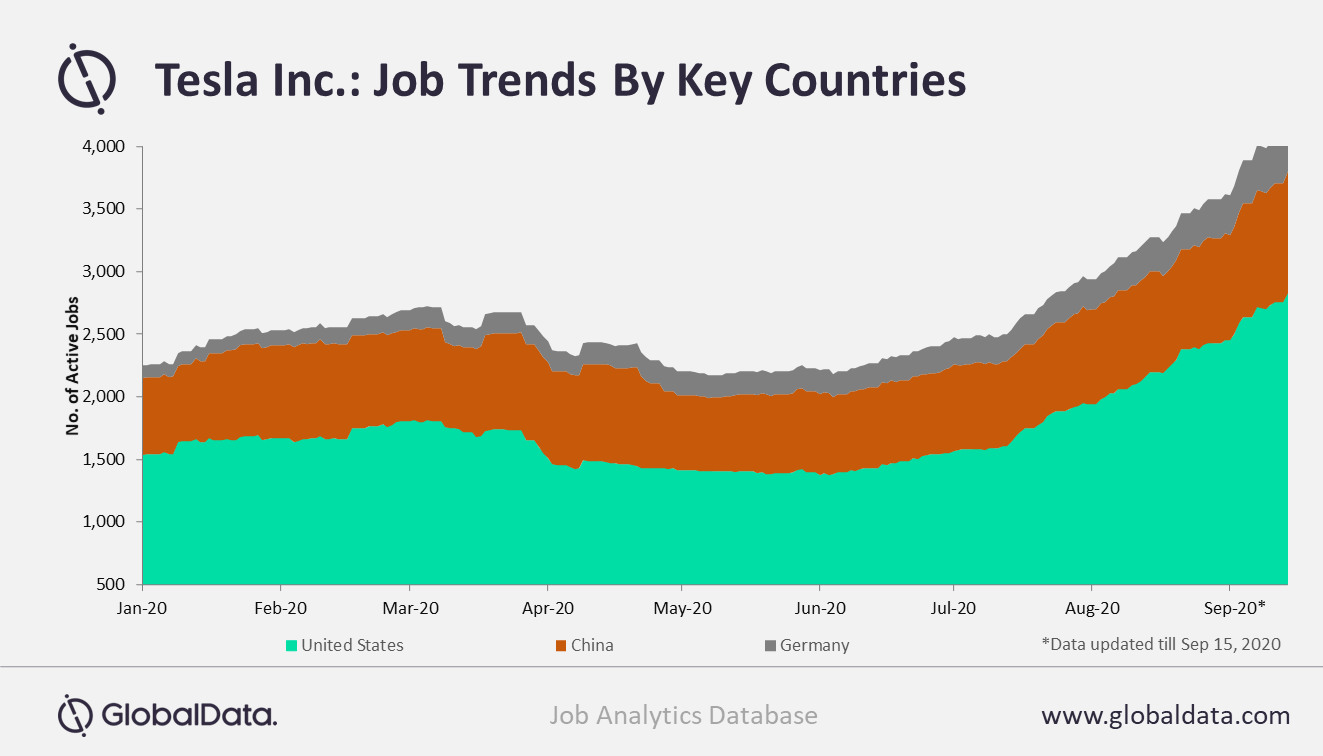 Aurojyoti Bose, Lead Analyst at GlobalData, says: “In a bid to boost production capacity, Tesla is planning to increase its headcount to around 65,000 by the end of 2020, and is expanding its production footprint with giga-factories across the world – notably in the US, China and Germany. According to GlobalData, Tesla’s active hiring of operational employees in China is likely for staffing its Shanghai gigafactory, from which the company plans to export vehicles across Asian markets such as Singapore, Australia and New Zealand, as well as Europe.”

Construction of a gigafactory in Berlin started in June 20 with the company planning to build batteries, powertrains and vehicles in its German automotive hub. The company’s hiring has seen a visible jump in this area since Q3.

David continues: “Tesla’s advanced manufacturing plans for Germany highlight the strategic importance of developing presence there, at the very heart of Europe’s automotive market and industry.”

Furthermore, Tesla is expanding its presence in new markets such as Croatia, recruiting for sales and delivery positions for its new team in Zagreb. GlobalData’s Job Analytics database reveals postings such as ‘Sales & Delivery Manager’ and ‘Tesla Advisor’.

Bose continues: “Tesla’s hiring spree is driven by the company’s strategy to be self reliant. Although the company has a battery production partnership with Panasonic, Tesla is focusing on manufacturing its own battery cells to reduce its dependency on third parties.”

Along with its auto business, Tesla is also looking to expand in energy generation and storage segments – batteries and solar roof tiles and hiring has seen an increase in New York and Nevada since Q3.

Bose concludes: “Tesla continues to expand its presence in electric vehicles and clean energy markets, creating job opportunities across countries. The stock-split and a follow-on offering are expected to make the shares affordable and generate proceeds to strengthen the company’s balance sheet.”