The Turkish Government’s defense expenditure is set to steadily increase between 2019 and 2025 as the government prioritizes its defense industry. Defense expenditure reached a high in the 2020 fiscal year totaling US$14.8bn, which is a 6.5% increase from the previous year. This increased growth is expected to steadily continue as the Turkish budget is estimated to rise to US$17.5bn as of 2025 with a compound annual growth rate (CAGR) of 3.83%, says GlobalData, a leading data and analytics company.

According to GlobalData’s report, ‘Turkey Defense Market – Attractiveness, Competitive Landscape and Forecasts to 2025’, while macroeconomic figures have shown a contraction of Turkish GDP by -3.14% in 2020 due to the COVID-19 pandemic, spending on defense and prioritizing Turkey’s national interests remains a prime concern for President Erdoğan’s cabinet. 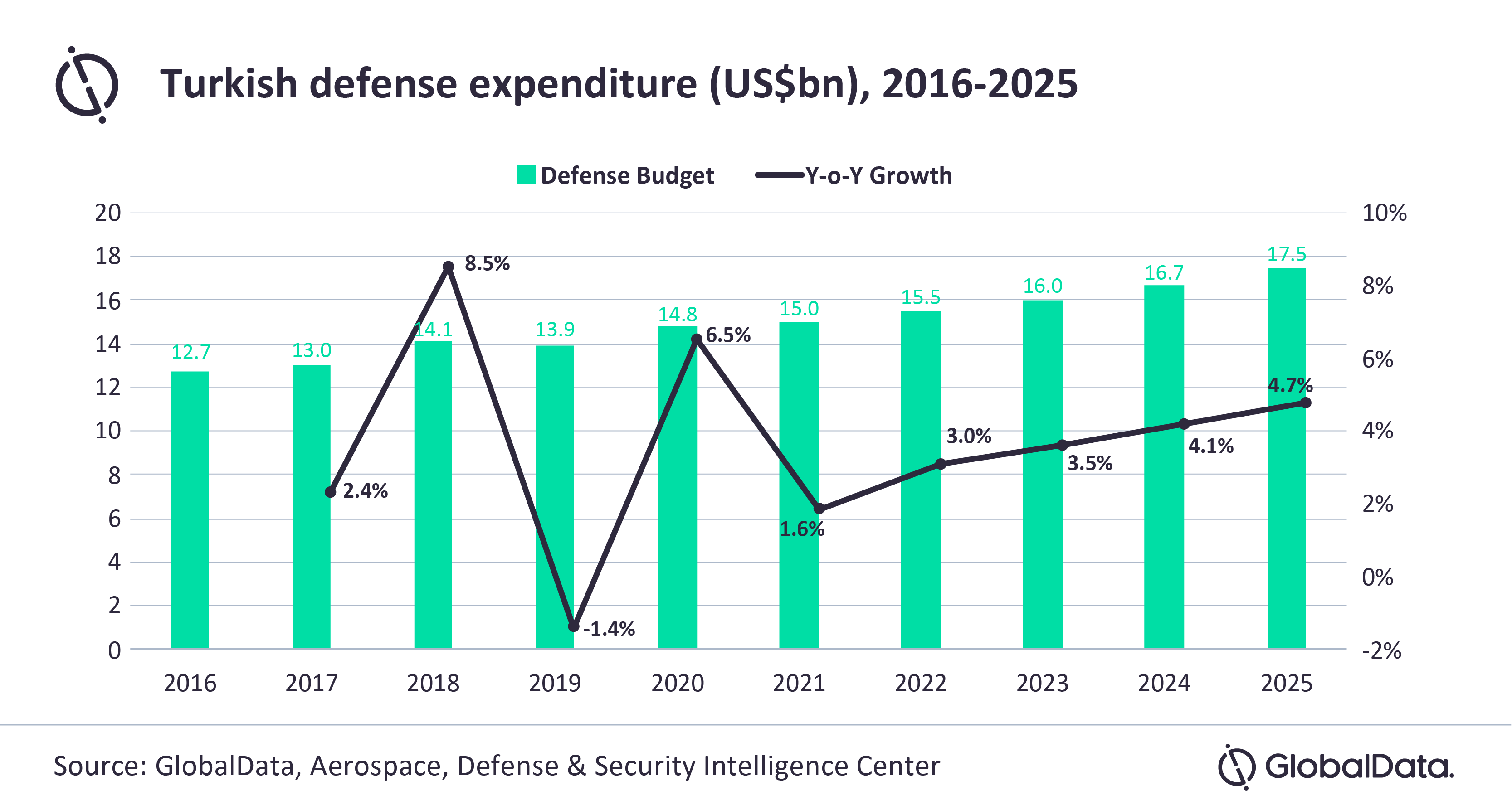 Victoria Bosomworth, Associate Aerospace and Defense Analyst at GlobalData, comments: “One of the fundamental drivers of the Turkish Government’s investment in defense has been a focus towards increasing the technological developments and capacity of its domestic defense sector, seeking greater autonomy in terms of indigenously produced military acquisitions, as well as attempting to position itself as one of the leading nations globally in terms of defense exports.

“A significant development in recent years that is indicative of the country’s defense prioritization has been the reorganization of government structures, whereby Turkey’s main procurement agency, the Presidency of Defence Industries (SSB), now reports directly to the president. However, efforts to develop domestic industry and capability are likely to be hindered more by geopolitical relations than by COVID-19, with Turkey currently attempting to re-join the F-35 program after being ejected for acquiring Russian S-400 missiles in 2019.”

Despite the economic aftershocks of the COVID-19 pandemic, the need for Turkey’s seemingly robust investment in defense expenditure has been further compounded by the complex security environment in which Turkey finds itself, particularly in light of the country’s continued operations in Northern Iraq, the expansion and execution of ‘Blue Homeland’ maritime policy, as well as the rapidly escalating tensions with Greece over drilling rights in the Eastern Mediterranean and Aegean Sea.