The global offshore wind market is set to grow at a compound annual growth rate of 16.2% between 2019 and 2030, reaching a cumulative capacity of 142 gigawatts (GW) by 2030, compared to 23.2GW at the end of 2018, according to GlobalData, a leading data and analytics company. 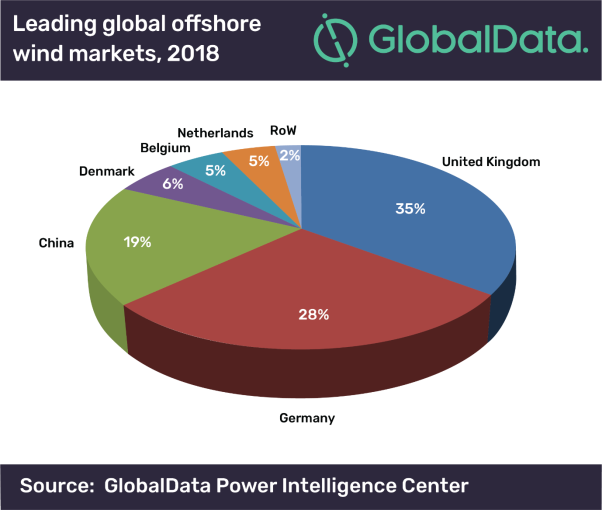 The UK, which has around 35% of global offshore wind capacity installed, represents the lion’s share in the largest offshore projects list, followed by the Netherlands, China and Germany. Among the top ten largest offshore projects, seven are located in the UK, representing over 74% of the total capacity of these projects. The world’s largest project, Hornsea One, still not fully commissioned, had the first turbine installed and grid connected in early 2019 and now has an active capacity of over 1GW.

Denmark and Belgium rank third and fourth, respectively. However, both of these countries do not have representation in the list of top ten projects. The largest offshore wind project in Denmark is the Horns Rev 3 (407MW) and in Belgium, Norther Wind (370MW). However, by 2030 there will be a significant change in the ranking with China securing top position, followed by the UK, Germany, the US and the Netherlands. 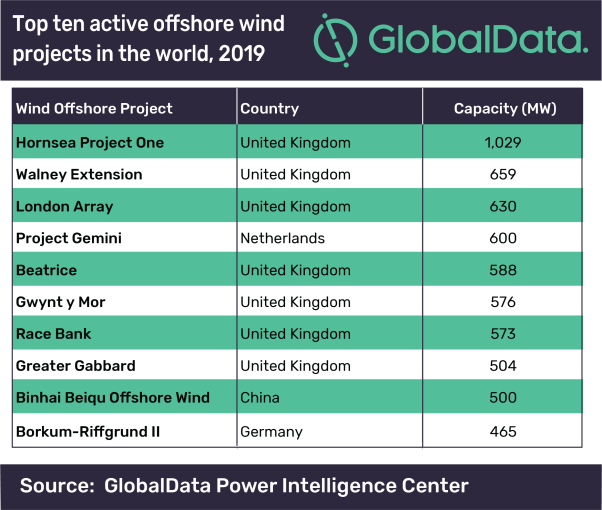 Ankit Mathur, Practice Head of Power at GlobalData, comments: “We are witnessing the start of the offshore wind industry becoming truly global and stretching beyond European markets. There are ambitious plans lined up by a number of budding countries to make a mark in the global wind offshore industry. Countries such as Taiwan, South Korea and the US are likely to become gigawatt markets in the coming decade.

“The technological advancements, maturity of supply chain, ease of funding, and the constant and multi-fold reduction in the costs has taken the offshore wind to deeper sites and newer markets. The monopoly of European markets has been challenged by the new emerging markets including China, Taiwan, South Korea and the US.”